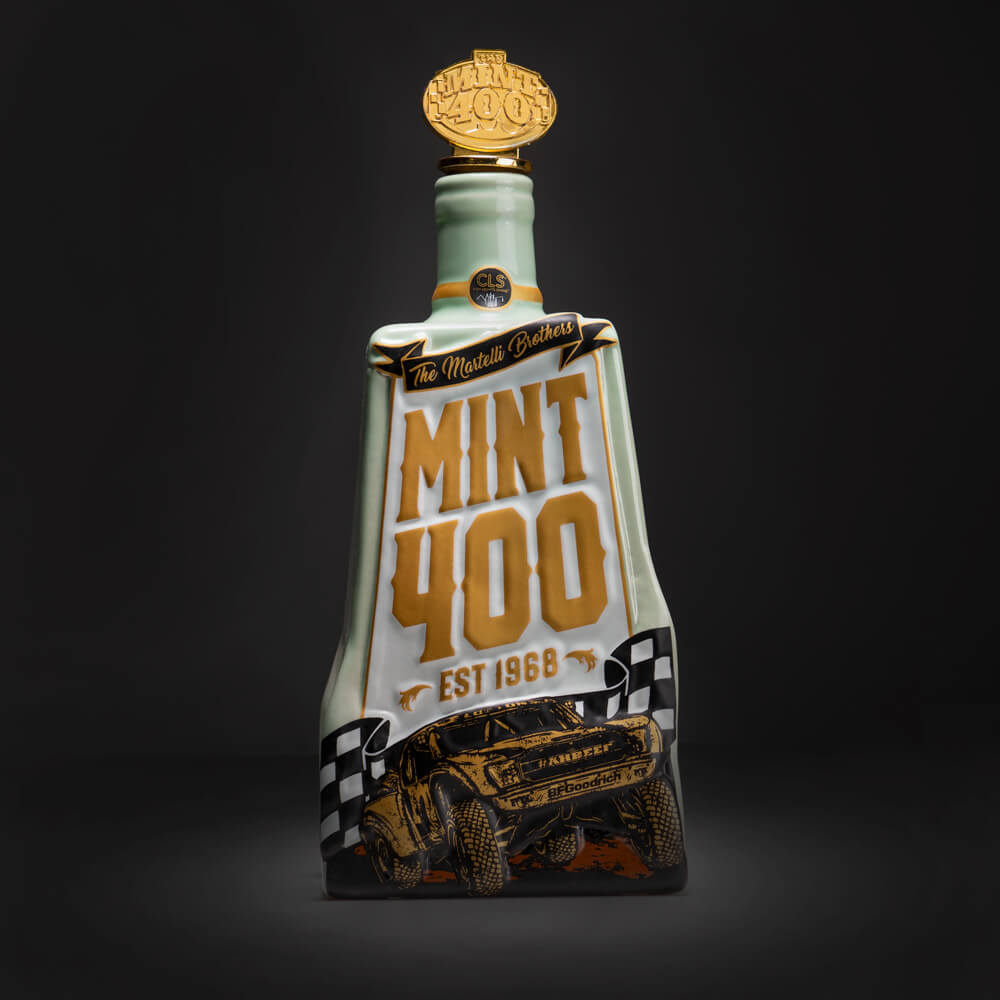 The Mint 400 today announced its continued partnership with City Lights Shine as “The Official Spirit” of The 2020 BFGoodrich Tires Mint 400. City Light Shine or “CLS” is a local Las Vegas distillery owned and operated by the Gaughan Family, who are second generation off-road racers and longtime supporters of the off-road racing community, City of Las Vegas and The Mint 400. 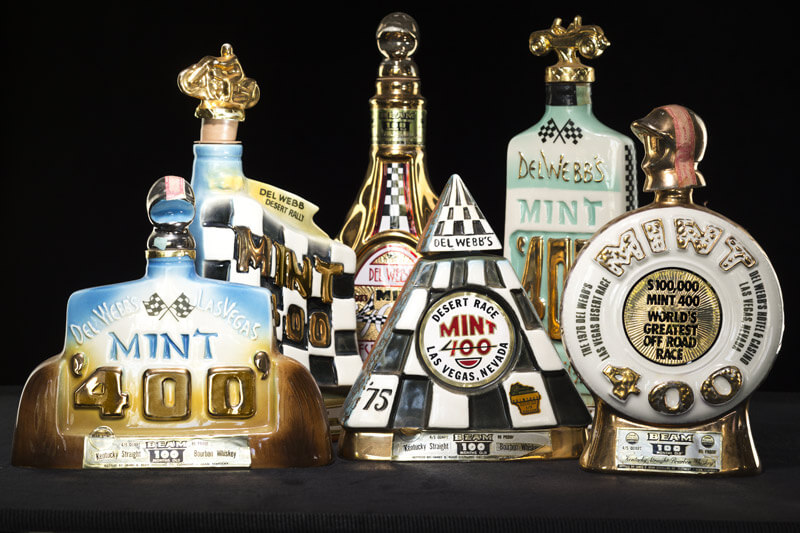 Commemorative “Jim Beam” Whiskey decanters were produced from 1970-1976 as a means of celebrating the annual running of The Mint 400 and in 2018, The Mint 400 and City Lights Shine brought back the decanter for its 50th Anniversary. 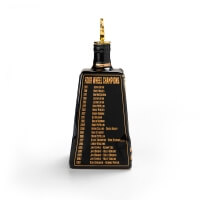 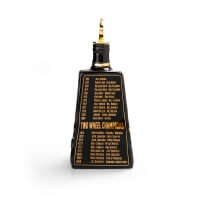 The 2020 Mint 400 Decanter is filled with City Lights Shine Whiskey Moonshine and pays respect to the three time and 2019 Overall Champion Justin Lofton on the front, and includes every two and four wheel Mint 400 Overall Champion since the inaugural 1968 race on the side. Each banded racer will receive a bottle as part of their entry, leaving a very limited amount for sale to the general public. 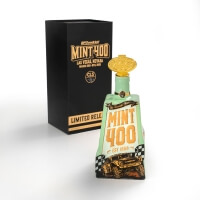 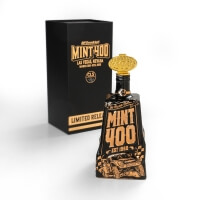 A regular (edition of 3,100) and a gold variant (edition of 200) is now available for purchase through Dirt Co.

“The 2020 decanter is a piece of art and we are proud to have City Lights Shine on the label. Brendan Gaughan and his team at City Lights Shine have supported us since we brought the decanter back in 2018 for the 50th anniversary. Moonshine and racing are inherently tied together since the first cars to be modified to go faster were moonshiners running from the law. Those cars and the technology they invented eventually went on to tracks and created racing as we know it in the United States,” stated Mint CEO, Matt Martelli. 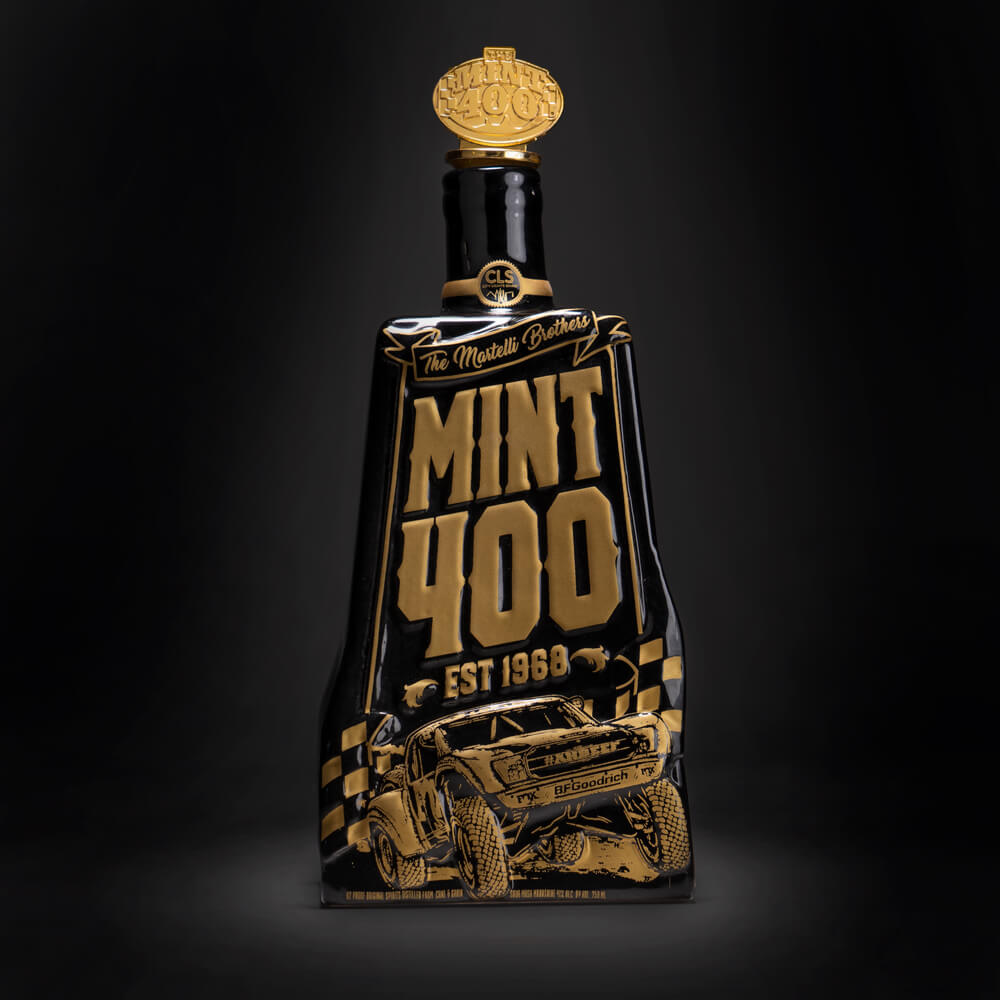 “My dad raced The Mint 400 for almost two decades and I was fortunate enough to have raced the Mint back in the 90’s. I grew up going to this race so it’s important to us to support such an iconic Las Vegas sports event,” stated City Lights Shine founder, Brendan Gaughan. “The Mint 400 is in the DNA of Las Vegas and it’s a great marketing platform for City Light Shine brand to get local and national attention.”

City Lights Shine is 100% distilled in Las Vegas from a traditional southern moonshine recipe using a whisky style mash to create the highest quality unaged sour mash moonshine with no added artificial ingredients or preservatives. CLS features six distinct all natural flavors of moonshine including strawberry, blueberry, cherry lemon, raspberry, salted caramel, and original. Distilled solely from cane and grain, all flavors can be drank straight or in mixed drinks such as the “Shine-a-Rita” or the “#VegasStrong Mule”.