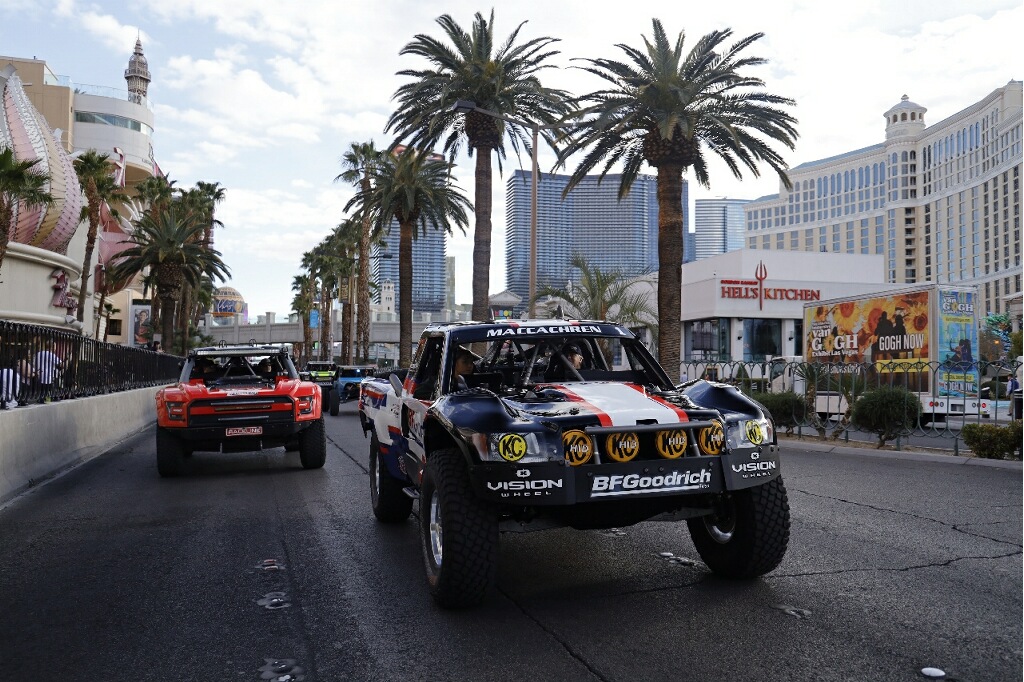 Dozens of the biggest and baddest off-road vehicles on the planet descended upon the Las Vegas Strip on Wednesday afternoon, as the BFGoodrich Tires Mint 400 Vehicle Parade kicked off the festivities for the 2022 Great American Off-Road Race. Piloted by the biggest names in the sport, tens of millions of dollars worth of premier off-road machinery headed from the Mandalay Bay Hotel and Casino to Fremont Street East in the heart of the city as it does every year. The parade concluded by bringing the biggest fans in the sport to the official Mint 400 Kickoff Party at Atomic Liquors.

“The Mint 400 Vehicle Parade is one of the most visually striking and exciting parts of the Great American Off-Road Race every year,” said Mint 400 CEO Matt Martelli. “There’s no better way to kick off our race week than by taking over the Las Vegas strip for an afternoon every single year, and we’re grateful to both the city of Las Vegas for supporting this event once again, and all of our racers who registered to take part. There’s no better way for us to lead fans directly to the heart of the city in Fremont Street, where they can look forward to tomorrow’s Mint 400 Off-Road Festival before we go racing on Friday and Saturday!”

Led by defending race champion Rob MacCachren and his #1 Unlimited Truck, entries from all classes, representing both professional and sportsman-level trucks, cars, UTVs, and motorcycles, took over the Las Vegas Strip for their annual showcase. Whether it was Blake Wilkey’s JAWS Volkswagen Beetle-themed Unlimited Truck or Jim York and Gabby Downing’s Off-Road Limo, the parade also featured plenty of unique builds designed to take on every challenge the Mint can throw their way. 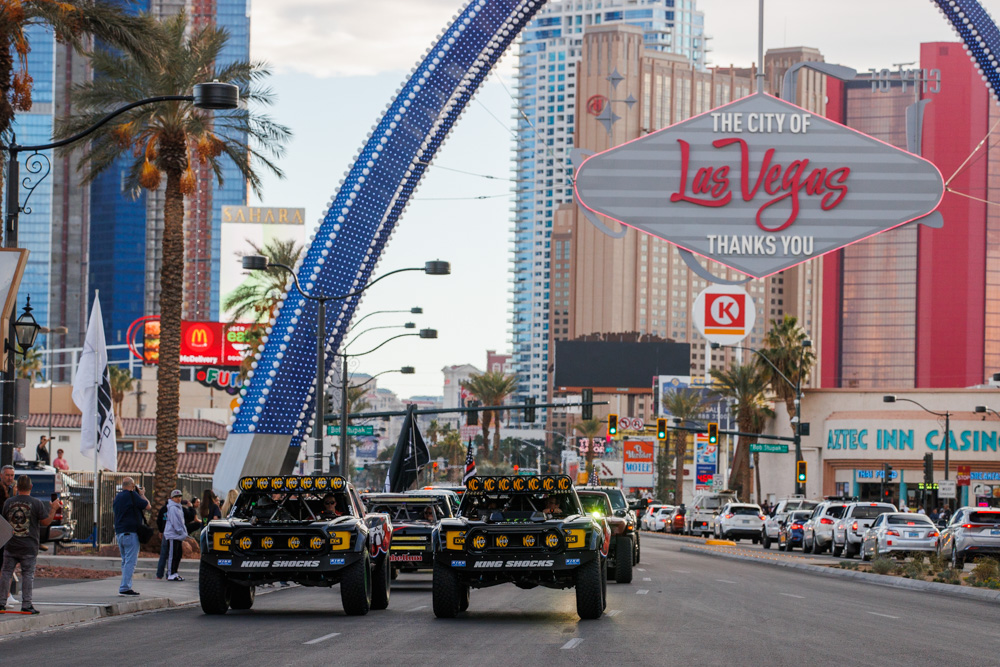 The 2022 BFGoodrich Tires Mint 400 festivities continue tonight with the return of the Dinner of Champions at Main Street Provisions in Downtown Las Vegas, where defending event champion MacCachren and other industry luminaries will be honored during a fine dining experience featuring Chef Justin Kingsley Hall. More information on the event for racers and spectators is available at TheMint400.com, or follow the event on Facebook and Instagram.