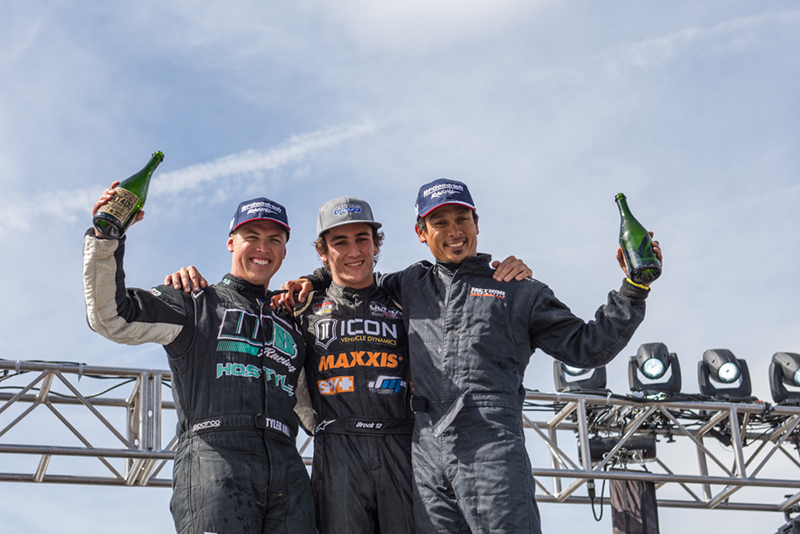 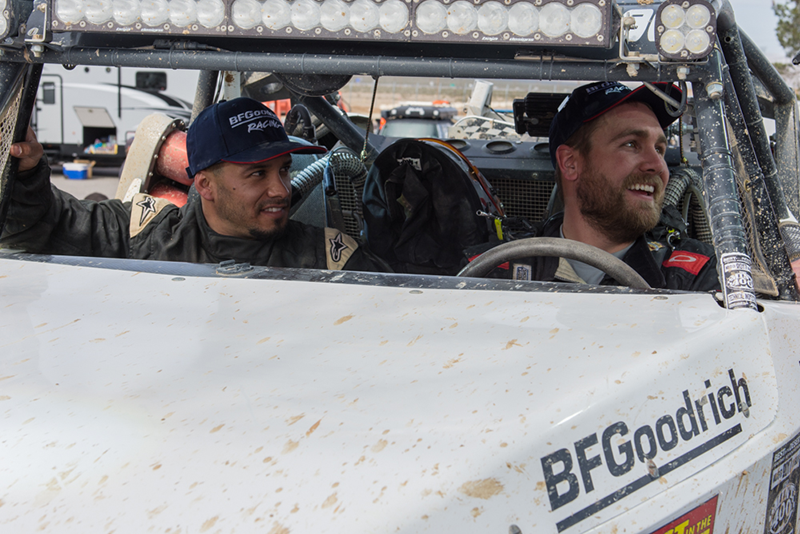 Roger Starkey, Jr., 33, of Burbank, Calif., is unofficially third with a time of six hours, 11 minutes, three seconds, bringing his #1067 Alumi Craft across the finish line.

Best in the Desert was still reviewing five time penalties which could result in changes when official winners and times are announced.