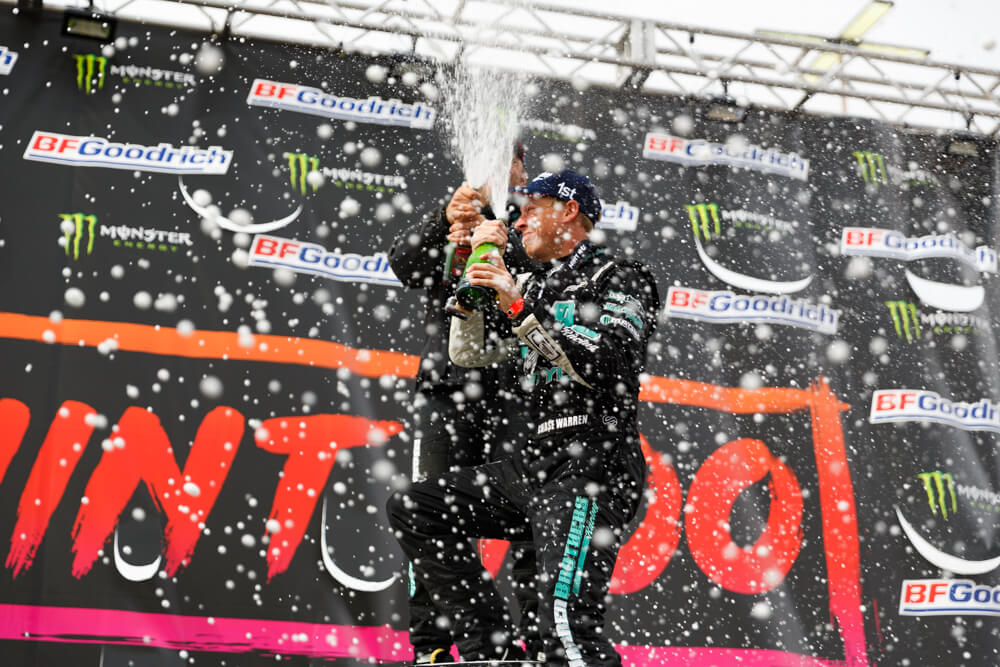 Chase Warren took the lead from the beginning of the event and dominated Sunday morning’s race at the BFGoodrich Tires Mint 400, taking the Class 10 and unofficial overall victory in the third of four sessions that comprise this year’s Great American Off-Road Race. Completing the podium were Connor McMullen and Christian Fessler, who also took the runner-up finish in Saturday night’s Class 5 race.

“The dust actually wasn’t as bad as it normally is,” Warren said on the podium. “It got a little bad out there with some of the lapped traffic, but the water was more of a problem than the dust. As soon as we went out for the start, we got beat by Fessler off the line, and all our lights caked up with mud. We had to stop and get them cleaned off before we could keep driving. 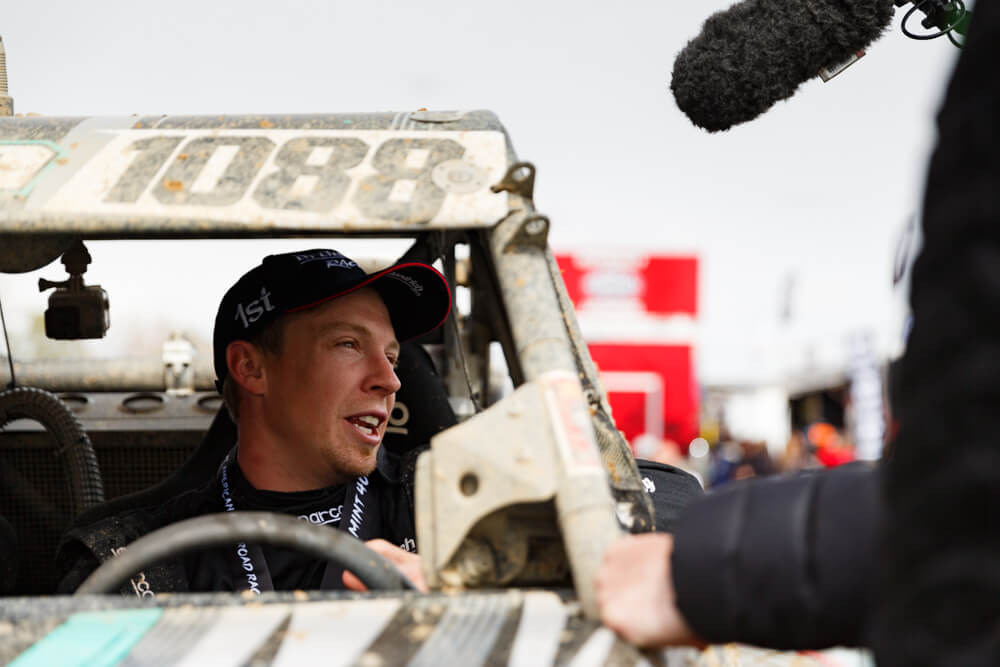 “I don’t think I’ve ever been involved in a race this close. It was one minute one way, one minute the other, and it was never any more than that.”

Warren’s eventual margin of victory was only 42 seconds over McMullen, who climbed from the 16th starting spot to second by race’s end. It was a fittingly dramatic finish to a race that started in total darkness in the early hours of Sunday morning, with teams filing out two by two to take on up to three laps of the 119-mile loop that comprises this year’s Mint 400 course. 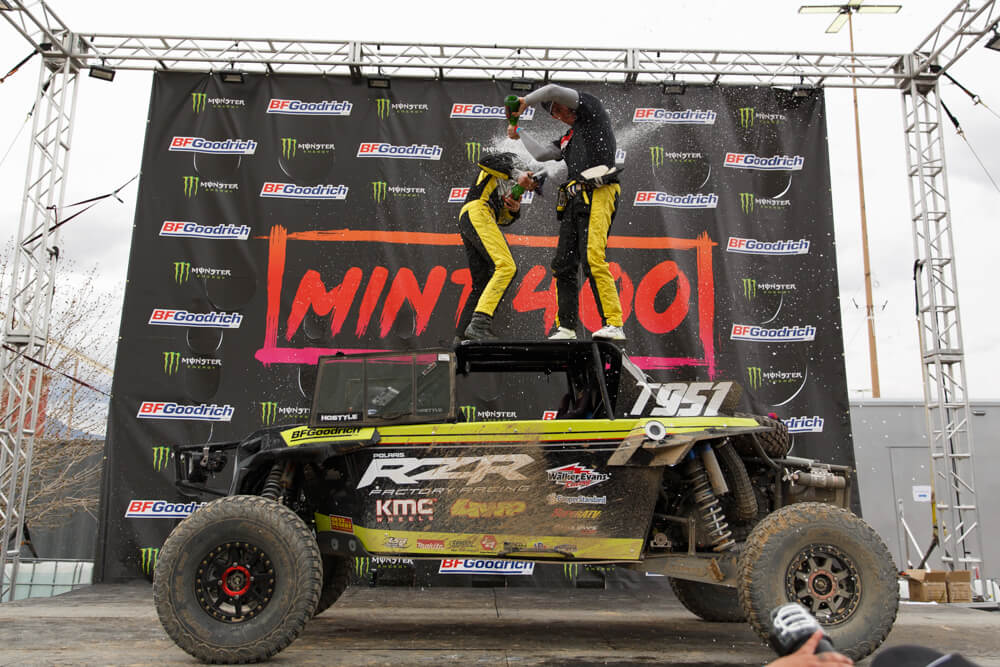 Sunday morning’s race saw everything from buggies and trucks to the sport’s premier UTV classes in action. The UTV Turbo class produced some of the most exciting racing of the day, with Dustin Jones, Austin Weiland, and Mitch Guthrie Jr. battling for the top three spots through most of the day. While Jones led a majority of the race, Guthrie took the lead for good in the second half of the race to continue a strong start to his 2019 season.

The racing continues on Sunday with the premier Unlimited Trucks, Class 1500 buggies, and Class 6100 trucks throughout the afternoon. Live streaming and tracking for the 2019 BFGoodrich Tires Mint 400 remains available at themint400.com/live, themint400.com/tracking, and themint400.com/leaderboard.