Clark County Land Expansion Bill, And The Future of The Mint 400
The Mint 400 will continue to run for the next five years and foreseeable future

Monday, July 9th, 2018 – Las Vegas, NV – Clark County commissioners approved a resolution recently, calling for federal legislation to open up more than 44,000 acres of public land for new development south of Las Vegas in the Ivanpah Valley, and set aside more than 300,000 acres of new conservation land in the county. If passed into law, the new development in the Jean area could eliminate off-road racing, casual OHV use, and a significant portion of the current Mint 400 race course in the area. 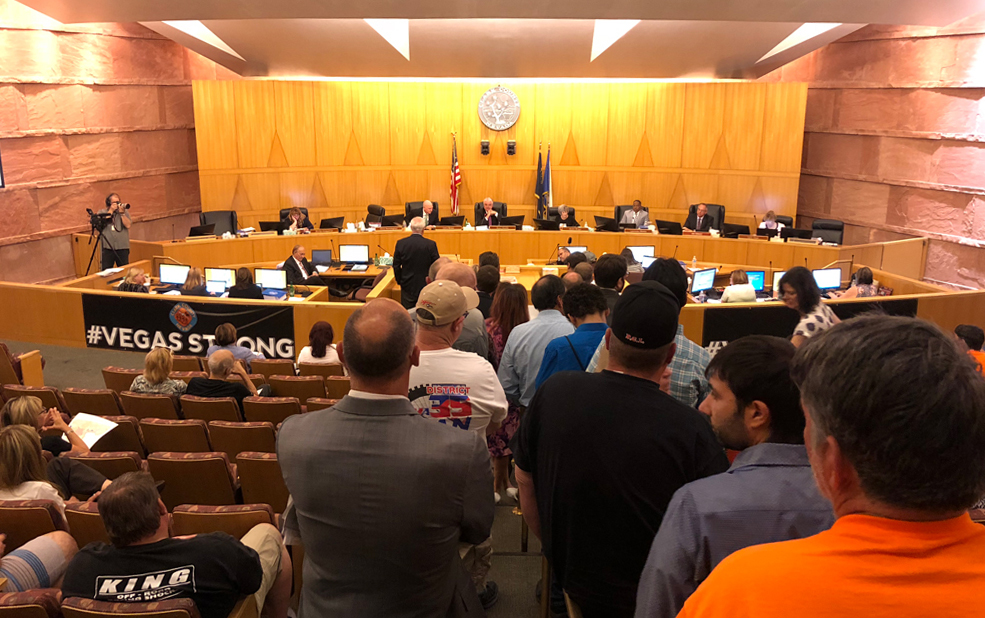 The Clark County commissioners voted 6-0 (Commissioner Larry Brown did not take part in the discussion or the vote.) to pass the resolution despite several hours of testimony from members of the Nevada off-road community, OHV groups, a local runners group, and environmental groups asking to either stay the vote for further discussion or to scrap it all together.

The four-page resolution has now been sent to Nevada’s congressional delegation to aid them in drafting a final version of the bill that would not only affect the 250,000 casual OHV users who use the area annually, but may shape the growth of the Las Vegas Valley for many years to come. 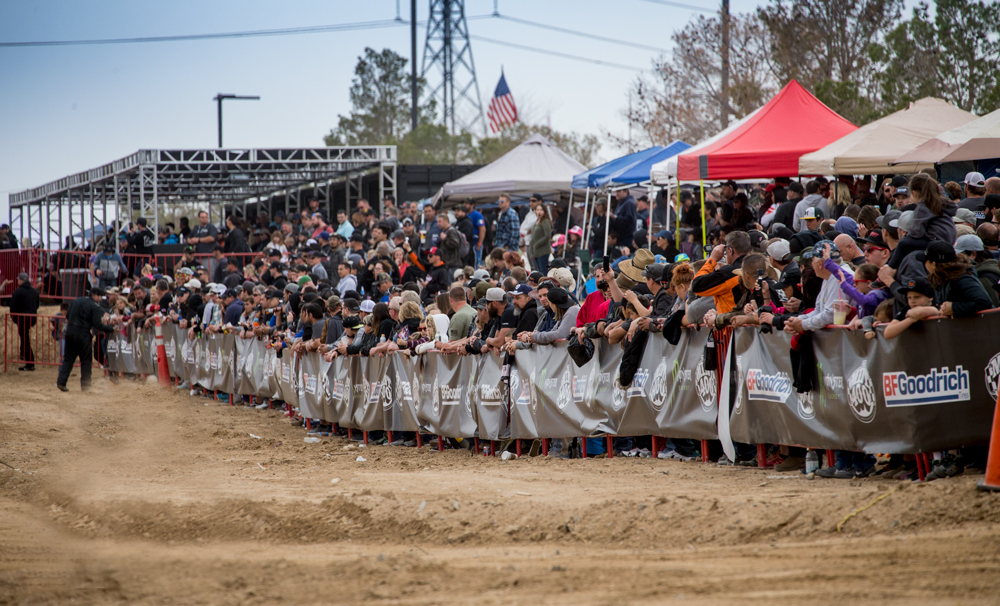 County Air Quality Director Marci Henson, who led the drafting of the resolution contacted Mint 400 Race Corp owners Josh and Matt Martelli prior to the vote. They spoke at length about their concerns and the brothers provided Mrs. Henson’s office with maps showing the potential conflict with the Mint 400 race course. They were assured that under the Mint’s current five-year Bureau of Land Management Special Recreation Permit (SRP) filing they will be able to operate the race without any significant impact through 2023.

Henson was also responsible for proposing the formation of an OHV Committee, and the commissioners passed the resolution by directing staff to make the committee membership available to the OHV community. Joshua Martelli will be applying for a position on that committee in hopes of providing further comment on the proposed legislation. 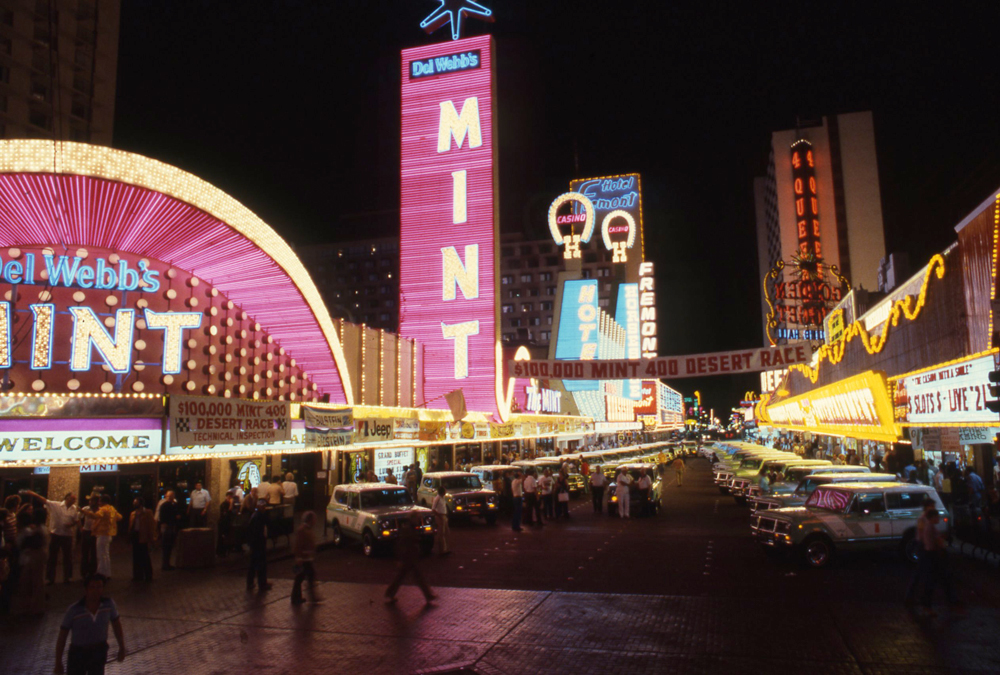 “Obviously we’re nervous about this decision,” said Joshua Martelli, COO and co-owner of the Mint 400 Race Corp. “We share the opinion of many of the other stakeholders that spoke at the meeting, that fourteen days was simply not enough time to propose legislation of this scale, with this impact, and gather sufficient public input. While we are very grateful that Mrs. Henson added specific language protecting The Mint 400 course for the next five years, as well as the formation of an OHV advisory committee, we remain cautiously optimistic.”

The Mint 400 Race Corp remains committed to hosting their annual (internationally recognized) off-road festival in Las Vegas for the foreseeable future, and has begun to explore a myriad of solutions for 2024 and beyond, including petitioning the Southern Nevada BLM to adjust the race course into existing OHV trail systems in the Ivanpah Valley, working with the California BLM offices to potentially use portions of California desert lands near the state line, exploring the possibility of forming a partnership with neighboring Native American communities such as the Moapa Band of Paiute Indians and exploring other Southwest regional markets such as Phoenix, Arizona. 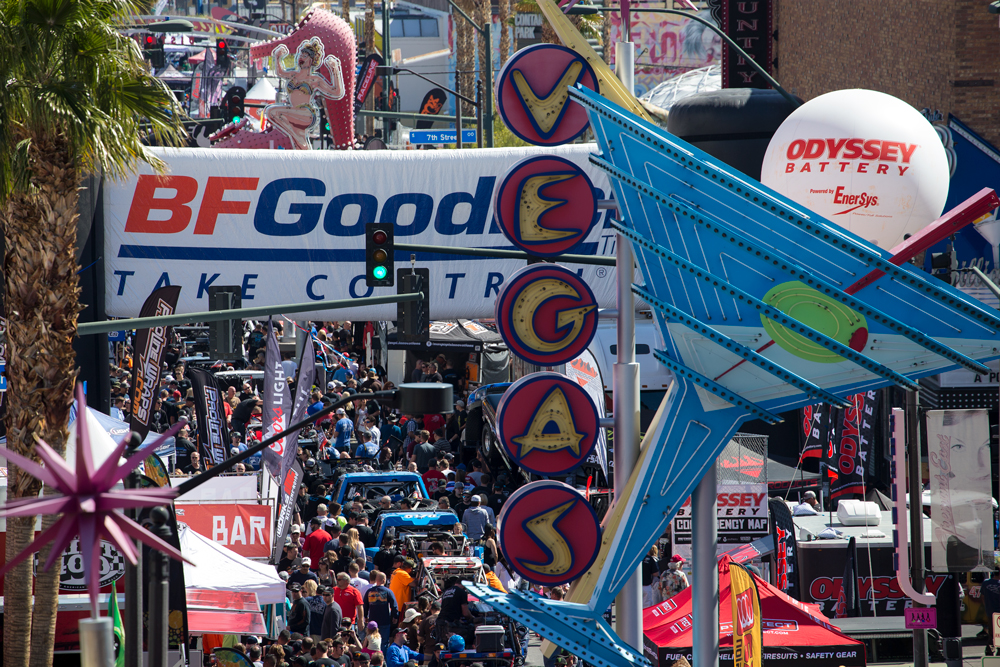 “This race and its impact on the billion dollar off-road industry is far too important to let pressure from developers deter us from future growth,” said Mint 400 Race Corp CEO and co-owner Matt Martelli. “We’re businessmen and we understand the demand for land and development, but eliminating recreational access in this area at a time when powersports and the UTV segment is exploding would be very short sighted. Not to mention the fact that our planned growth strategy for the Mint over the next five years will increase our impact from $40 million to $100 million dollars. Losing the proposed section of land may mean we will have to pack up and take all that value to another city or state. I’m not sure anyone on the commission really understands the impact that’s going to have on the hotels at Primm, Jean, Downtown, and the money our event and sport pumps into the local economy here. Regardless, our vision is to operate The Mint 400 for the next 20 years or more.”

The Mint 400 will continue to voice its concerns about the land expansion bill at the Nevada State delegate level and work to form a coalition of stakeholders in the Ivanpah Valley area to help protect access for off-road racing, OHV access, and the myriad of other outdoor recreational activities.

“We are confident that we can work with the Nevada delegates to find an amicable solution for both recreational access and development – just as our community has worked tirelessly to find a balance between recreation and responsible land stewardship,” said Joshua Martelli. “But make no mistake – we will be operating in Las Vegas for the next five years and hopefully beyond. And one way or another The Mint 400 will endure and we will continue to make it the most challenging, visible, and exciting off-road race on the planet.”