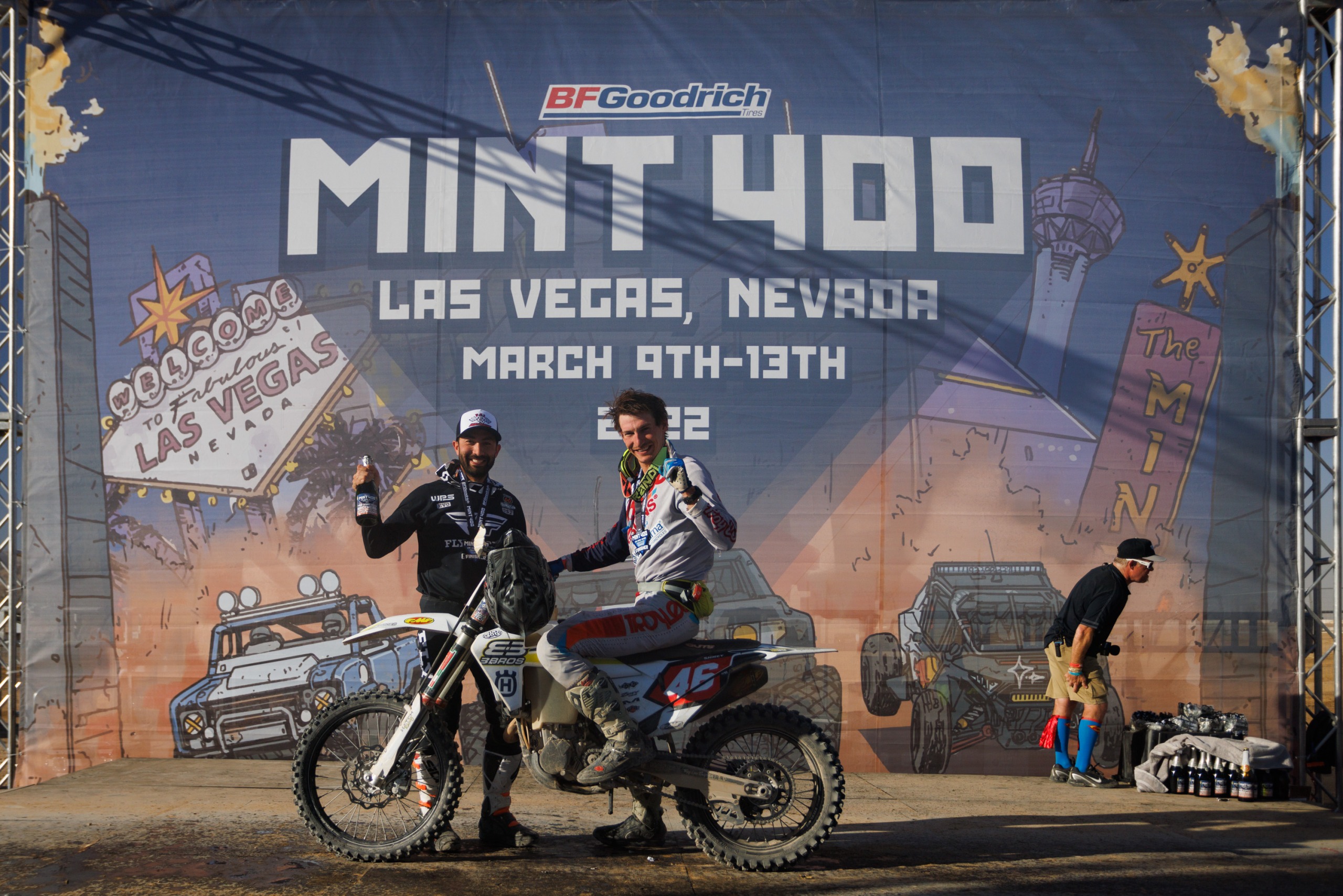 For the second time in three years, Dalton Shirey scored the overall Motorcycle Race victory at the BFGoodrich Tires Mint 400 in Primm on Saturday afternoon. Teaming up with David Kamo, the same rider who he beat for the Mint win two years ago, the #P46 Pro Open squad completed six laps of the more than 60-mile course in 7:53:50.

Shirey and Kamo’s dominance of this year’s Great American Off-Road Race was thorough, as they led the field for a vast majority of the event and only continued to extend their advantage. Their overall margin of victory was a whopping 43 minutes and 50 seconds over Sportsman Open winner Jesse Canepa in second, while Pro 201-300cc class winner Brock Weisheim completed the podium in third at 47:19 back. 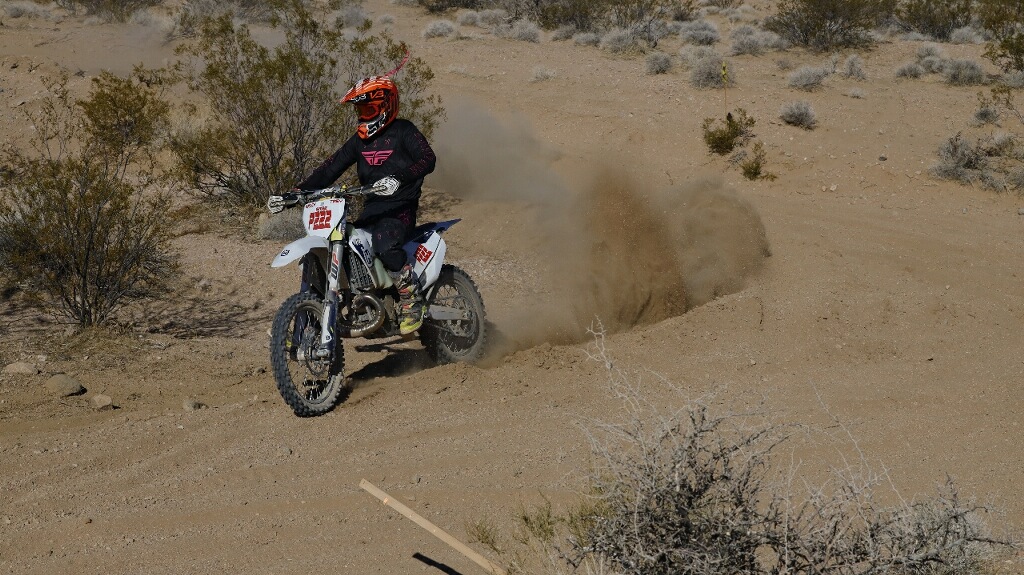 Motorcycles returned to the BFGoodrich Tires Mint 400 in 2019 after a 43-year absence, and the past four years have drawn out a diverse and eclectic crowd of both riders and bikes. Alongside Shirey, past winners have also included Ricky Brabec, who later went on to become the first American motorcycle winner of the Dakar Rally, and defending winner Danny Cooper. Saturday’s edition saw well over 80 entries ranging from professional entries to Scrambler and Hooligan divisions, and completing anywhere from two to six laps of this year’s motorcycle course. 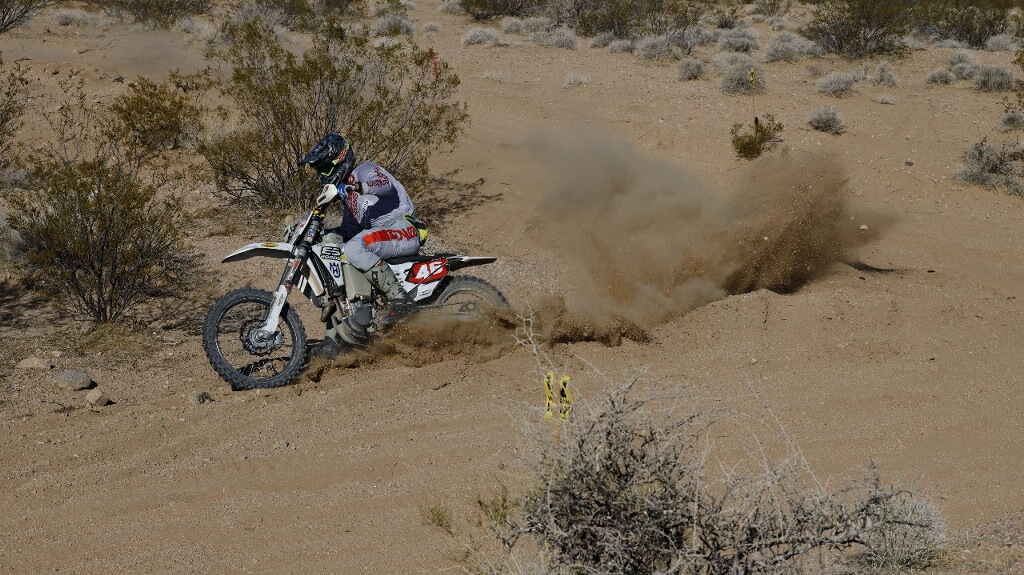 The unofficial top overall finishers of the 2022 BFGoodrich Tires Motorcycle Race were as follows:

Full live timing and results from the event are available at live.themint400.com. 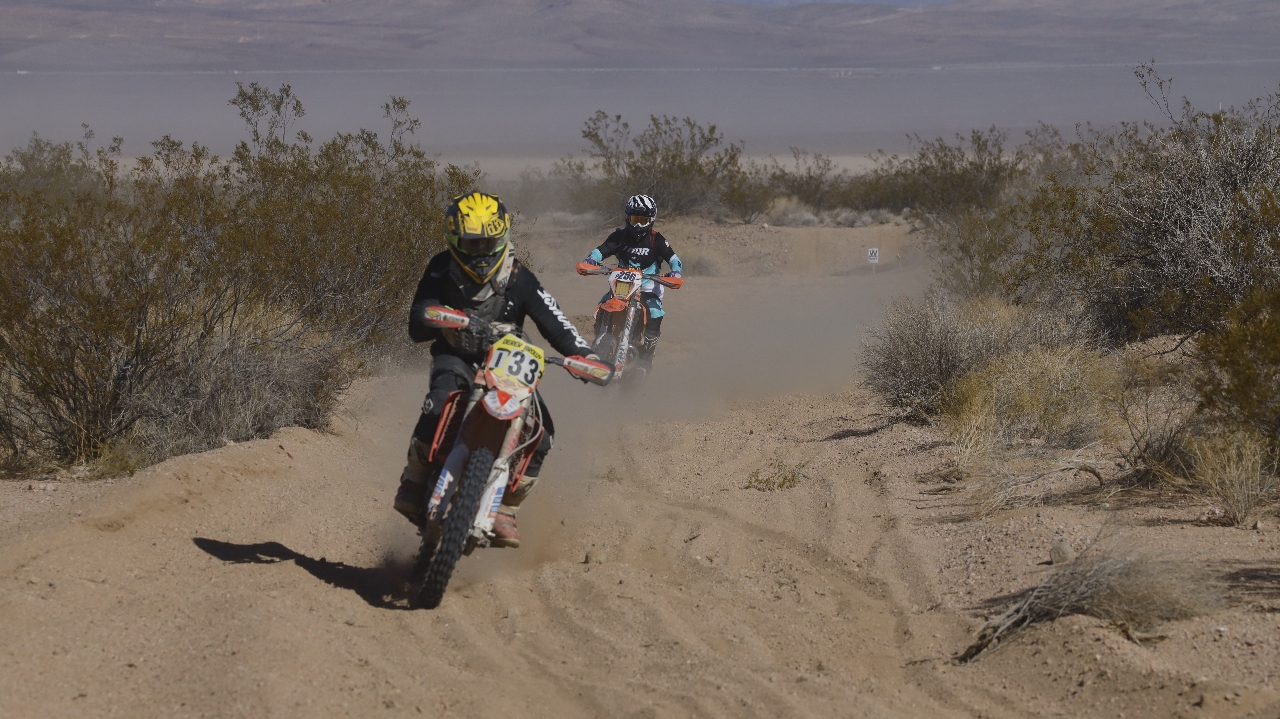