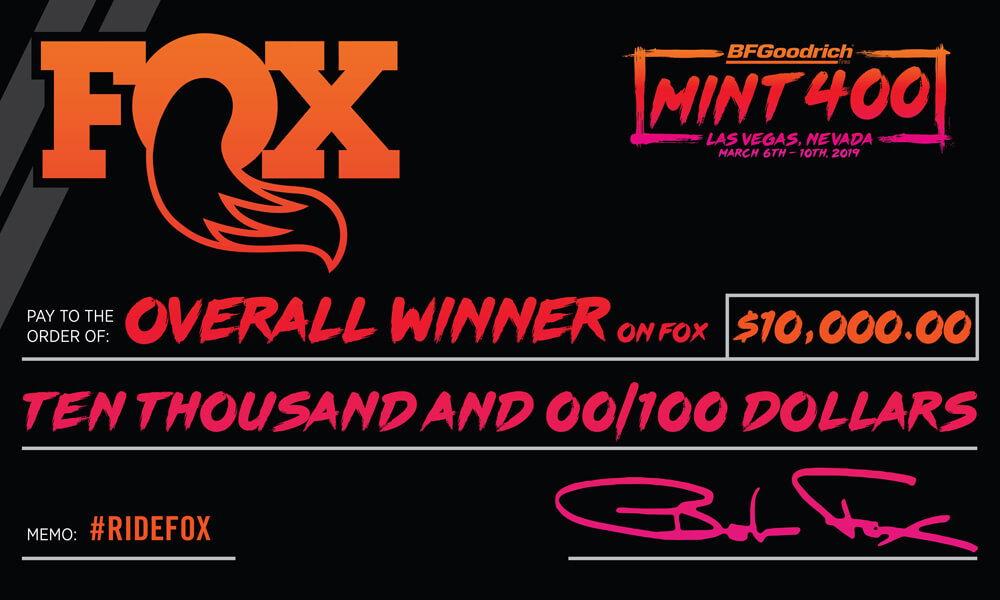 The Mint 400 today announced FOX has returned as a primary sponsor of the 2019 BFGoodrich Tires Mint 400 powered by Monster Energy. An industry leader in design and development of high performance shock absorbers and off-road racing suspension products, FOX returns to The Great American Off-Road Race for the seventh consecutive year. 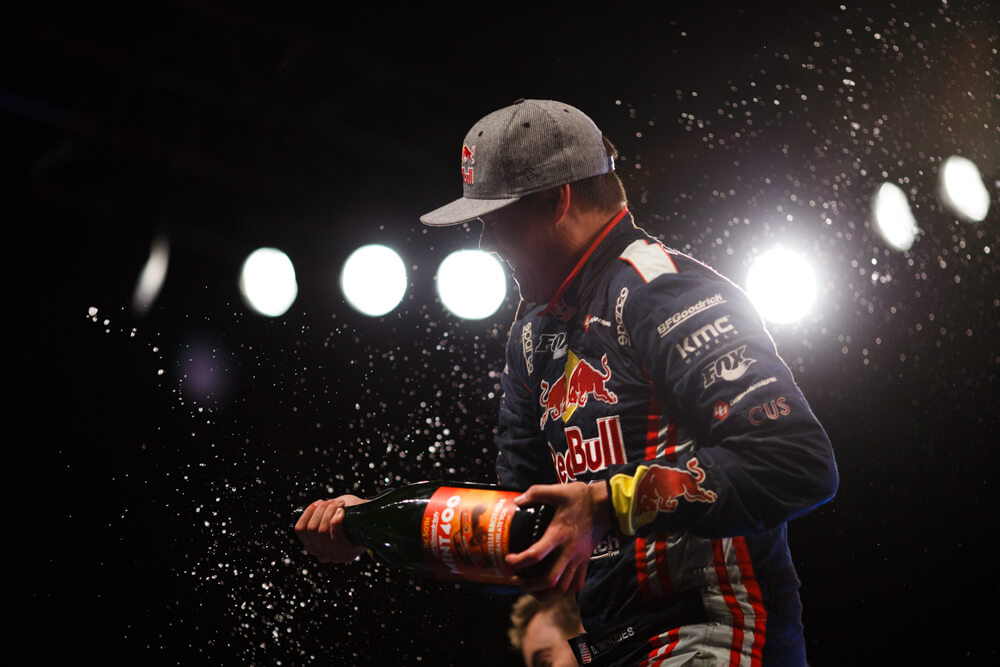 FOX athletes have won the last six Mint 400 races overall – Bryce Menzies (2018), Rob MacCachren (2017), Justin Lofton (2016), Justin Lofton (2015), Andy McMillin (2014) and Bryce Menzies (2013). FOX is again putting up ten thousand dollars for the overall winner on FOX shocks. Additionally, the FOX Proving Grounds returns as the ultimate proving grounds in one of the toughest and most challenging sections of The Mint 400 race course. 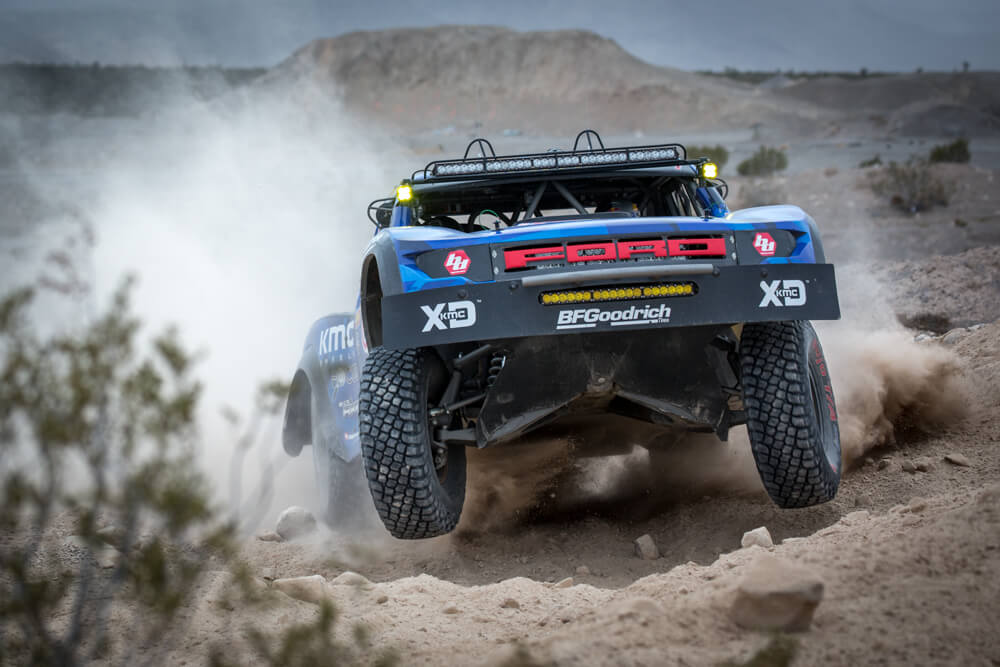 “Simply put, no one comes close to FOX’s dominance at The Mint 400. FOX has been in the shock game for over three decades and is a great example of a company that created a product specific to off-road racing and took it mainstream. Without brands like FOX, we simply can’t do what we do,” commented Matt Martelli, Mint 400 CEO. 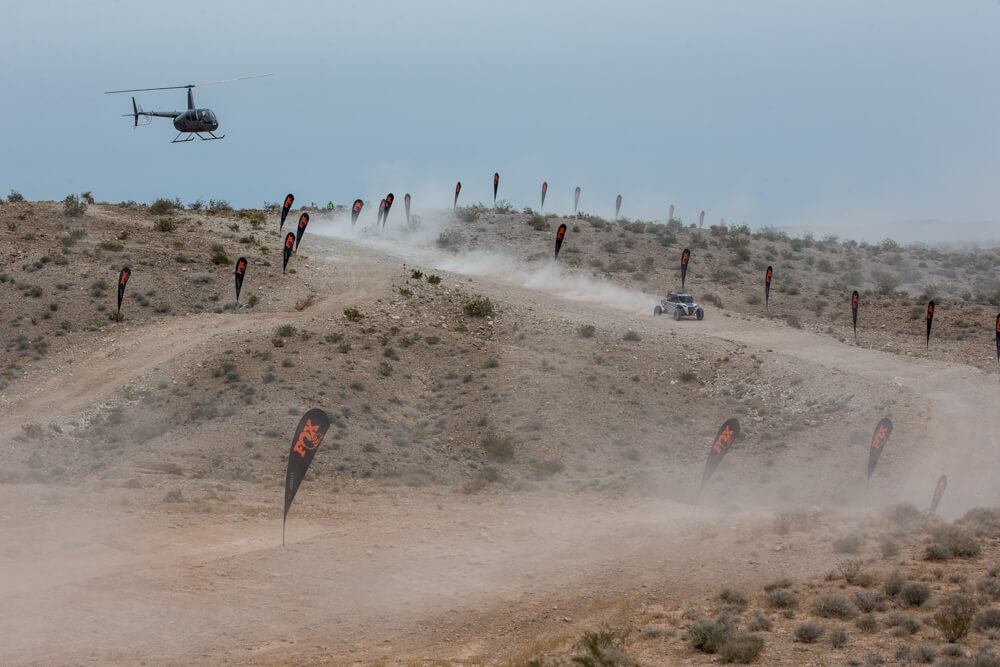 FOX has also stepped up to give each winner of the Method Race Wheels Pit Crew Challenge a set of Performance Series 2.0 Smooth Body IFP direct replacement shocks for trucks or SUV’s. 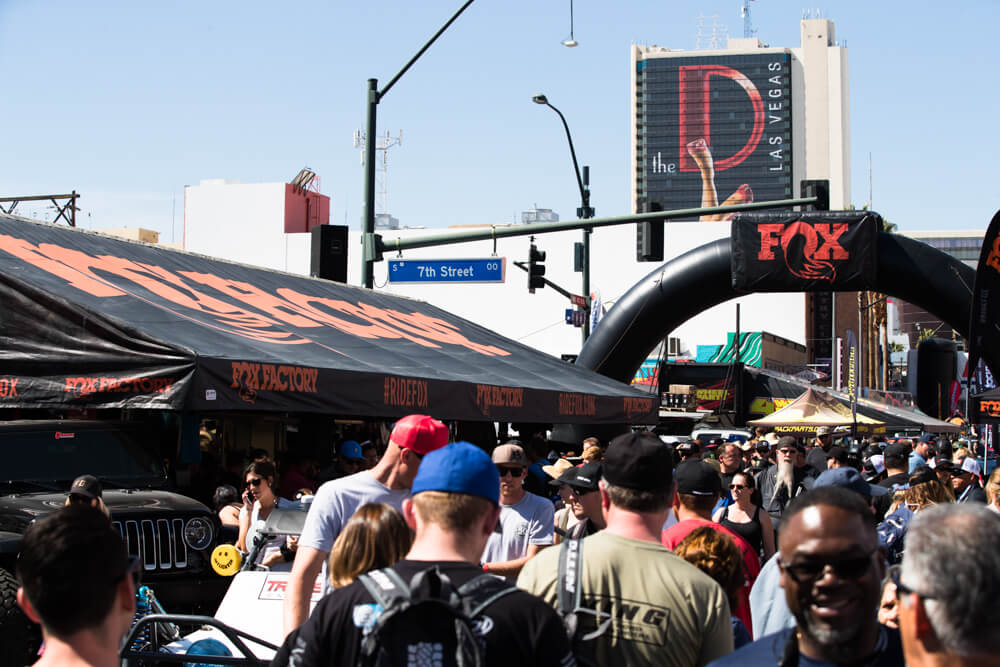