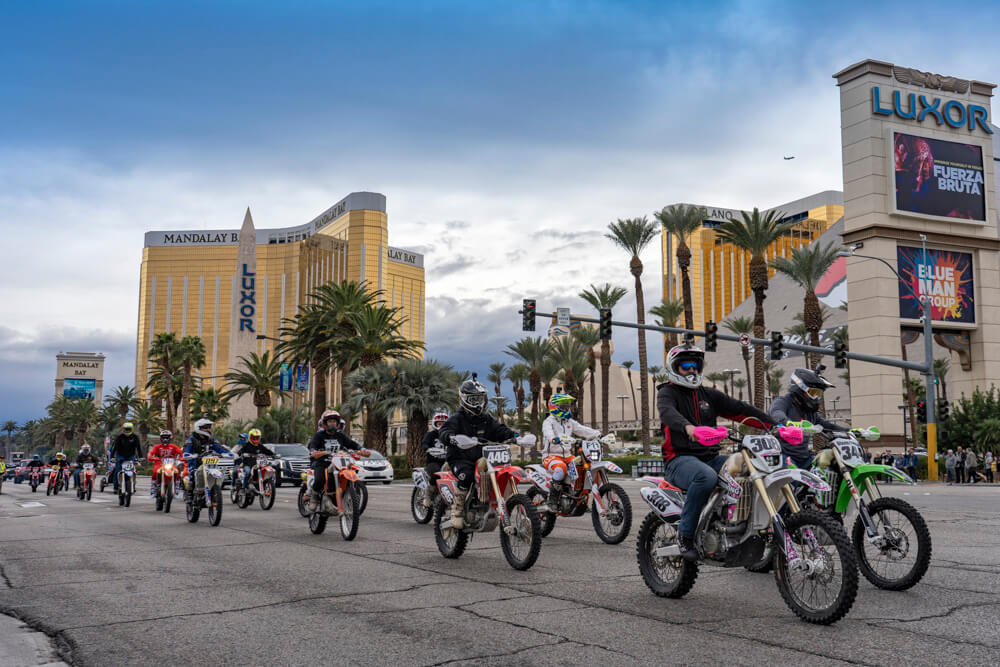 There may have been showers in the morning, but there was no rain on this year’s Ignite CBD Mint 400 Vehicle Parade, the official opening of this year’s 51st BFGoodrich Tires Mint 400. 125 vehicles took to the Las Vegas Strip on Wednesday afternoon, starting from the Mandalay Bay and ending on the famous Fremont Street Experience. The Strip only closes to traffic twice a year, and this procession, featuring more than $20 million worth of premier off-road machinery and over 100,000 people watching, is one of them. 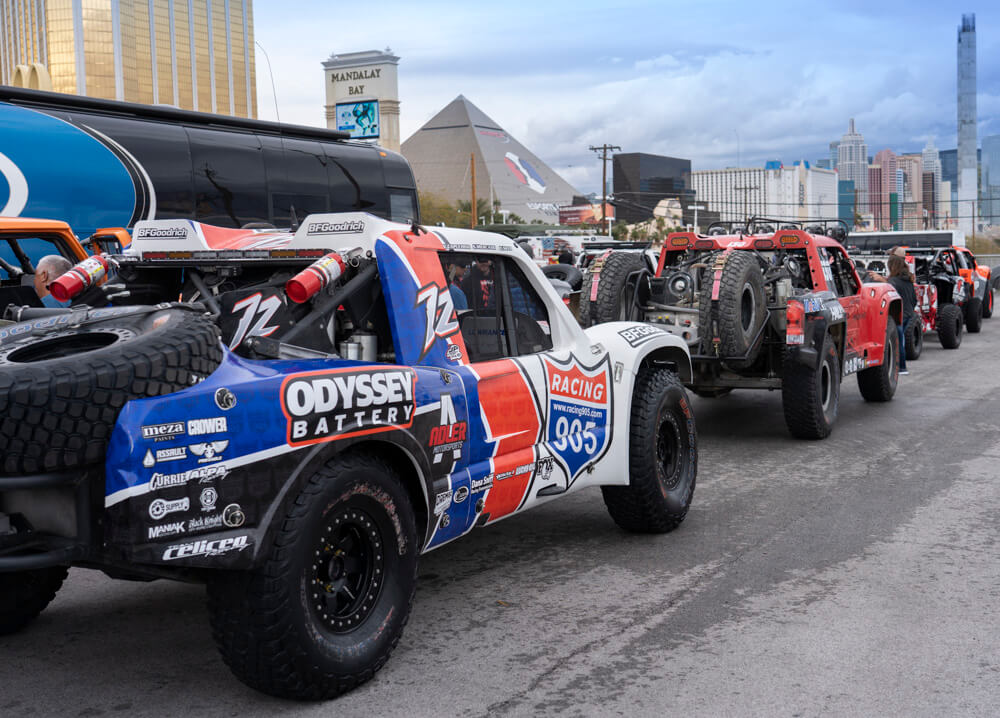 “The Ignite CBD Mint 400 Vehicle Parade is one of our most exciting and time-honored traditions,” said Mint 400 CEO Matt Martelli. “How many racing events can say they get to take over something as iconic as the Las Vegas Strip? For many of our eventual winners, heading through the city is where their journey to Mint 400 glory begins, and it’s amazing to see over 100,000 people stop in their tracks to watch the world’s most powerful off-road machinery hit the streets. The Vehicle Parade always kicks off the Mint 400 on a high note, and we’re grateful to Ignite CBD for stepping in as this year’s title partner.”

Mad Media stages the annual parade in cooperation with the Las Vegas Metro Police Department, which provides a police escort for the hundreds of off-road racers who take part. This year’s procession was led by over a dozen motorcycles, celebrating the return of handlebars to the Great American Off-Road Race for the first time since 1976. They were followed by a group of vintage vehicles that included Roger Mears’ famous Jeep Honcho, and finally, scores of vehicles from all classes that will take part in the racing action this Saturday and Sunday. 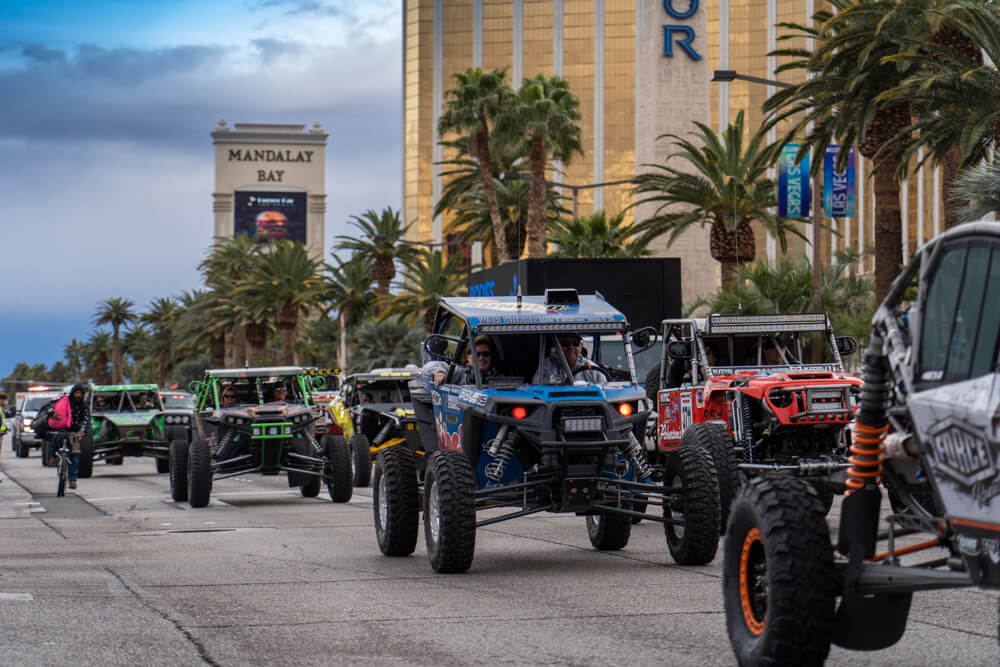 BFGoodrich Tires Mint 400 week continues with the Dinner of Champions on Wednesday night, where past Mint 400 winners MacCachren, Larry Roeseler, and 2019 Grand Marshal JN Roberts will all be on hand. Unlimited Truck, Class 1500, and Class 6100 vehicles will take to the desert for the first time on Thursday morning as part of Method Race Wheels Time Trials. For up to date information on this year’s event, visit themint400.com or follow @themint400 on social media.