The Mint 400 announced today J.N. Roberts has been named the Grand Marshal of the 2019 BFGoodrich Tires Mint 400 powered by Monster Energy. Roberts won the inaugural Mint 400 in 1968 on a motorcycle with co-rider Gunnar Lindstrom and went on to win The Mint 400 again in 1971, this time with co-rider Max Switzer. J.N Roberts will welcome the bikes back as Grand Marshal, after a forty-three year hiatus and will also be an honored guest at the Dinner of Champions on Wednesday, March 6. 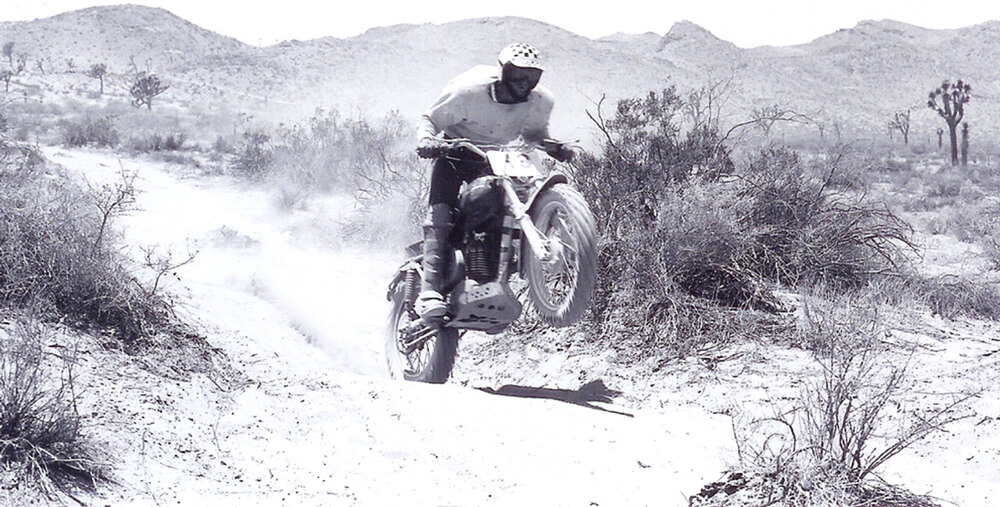 Roberts took 12 hours, 30 minutes to finish the 1968 Mint 400 on his Husqvarna, beating the second place bike by 39 minutes and beating the first four wheel vehicle by three and a half hours. At one point he crashed at 75 mph within sight of the lights of Las Vegas, but got back on the bike and made it across the finish line. 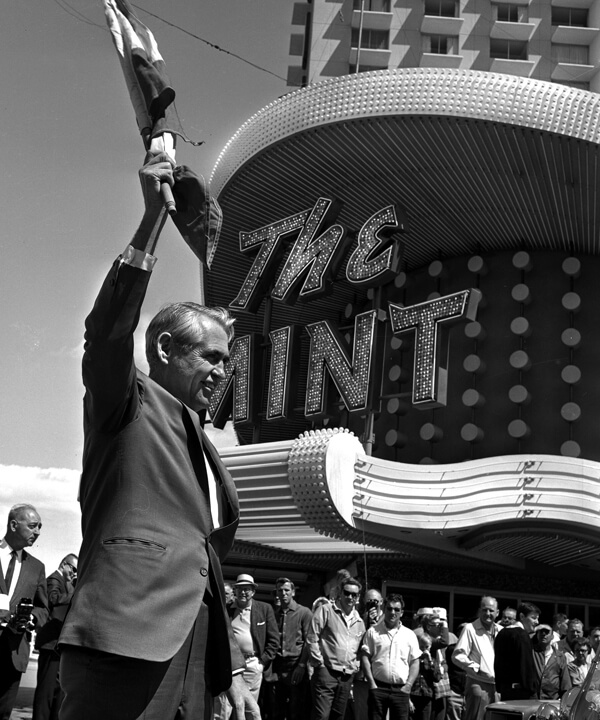 “I thought it was time for me to cash in my chips. After flying through the air, I landed on my rear wheel and the engine came back on, giving me back my headlight…luck was sure with me,” Roberts said after the race. 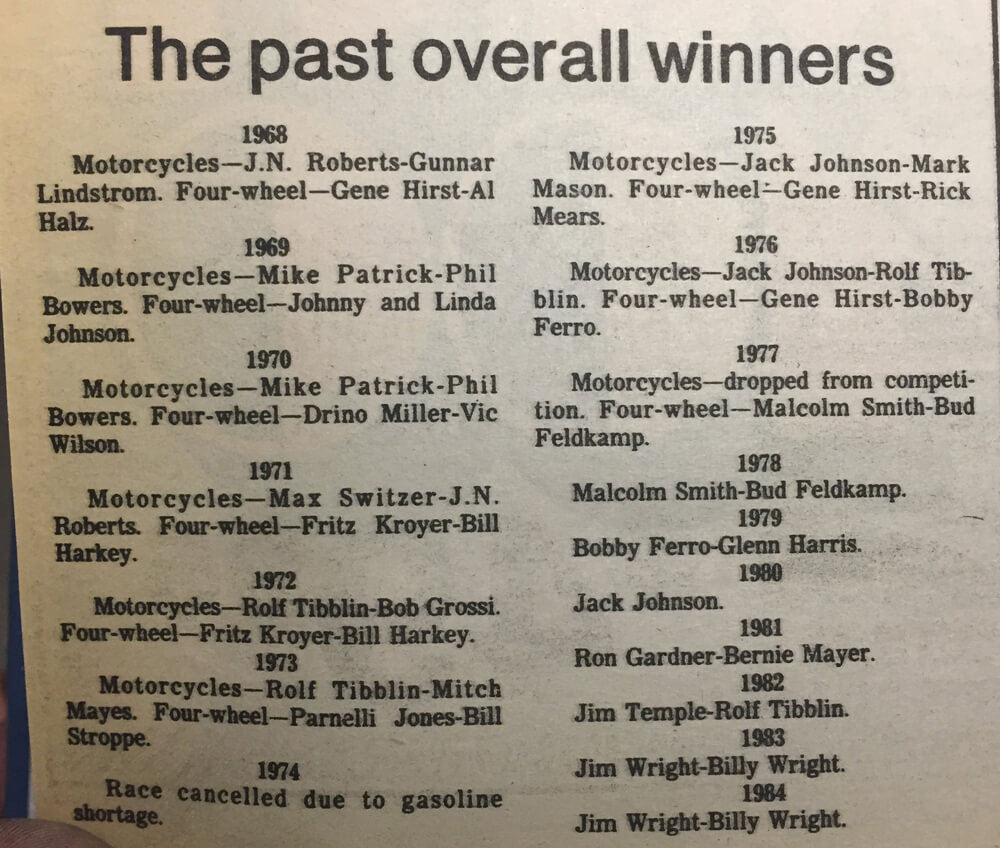 Roberts was inducted into the AMA Motorcycle Hall of Fame in 1999 and the Off-road Motorsports Hall of Fame ten years later. At one point in his desert racing career, Roberts won 27 consecutive desert races, earning him the unofficial nickname of King of the Desert. He is featured in the original Dust to Glory, as well as On Any Sunday (1971) and Full Circle: Malcolm Smith and J.N. Roberts – The Legend Lives On (2008).

“You don’t get any more original than J.N. Roberts. He was The Mint 400’s first overall champion and is a pioneer in desert off-road motorcycle racing in America. Bringing back the bikes for the first time since 1976, there was only one choice in my mind for a Grand Marshal. We are excited to honor this true off-road racing legend,” commented Mint 400 CEO, Matt Martelli.

Come meet J.N. at the Dinner of Champions on Wednesday, March 6, 2019. You can reserve your seat at the table here.