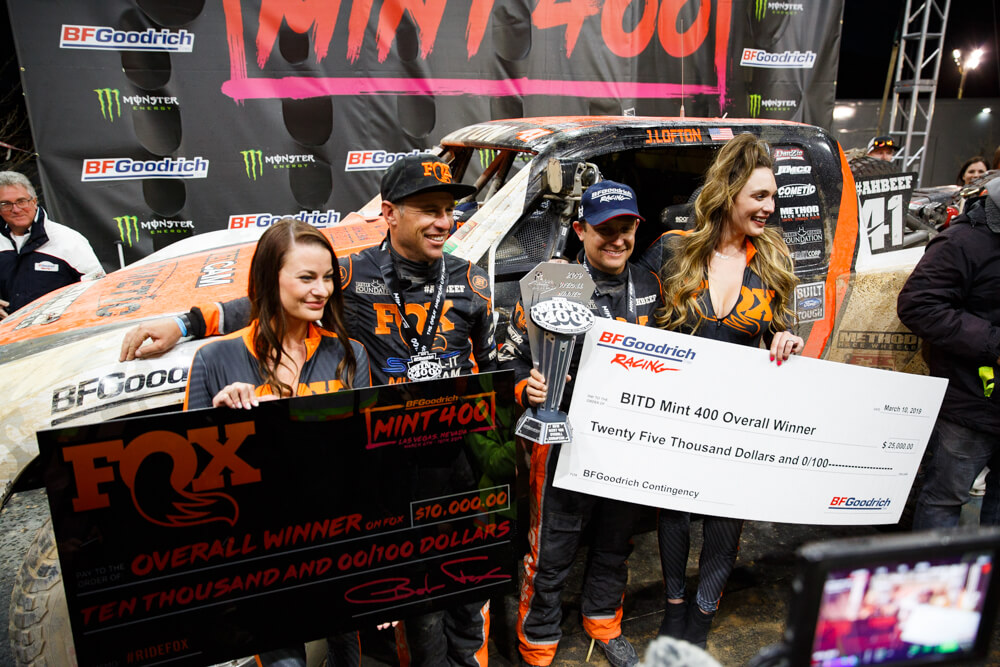 Justin Lofton returned to the top step of the Best in the Desert podium on Sunday afternoon with an impressive victory at the 2019 BFGoodrich Tires Mint 400. Lofton, who bested a field of dozens of the world’s top off-road racers, unofficially became the first driver in history to win three Mint 400s when he wheeled his #41 Unlimited Truck to the finish line. Lofton claimed $35,000 in combined bonuses from BFGoodrich Tires and Fox Shocks for earning the overall victory in this year’s Great American Off-Road Race. 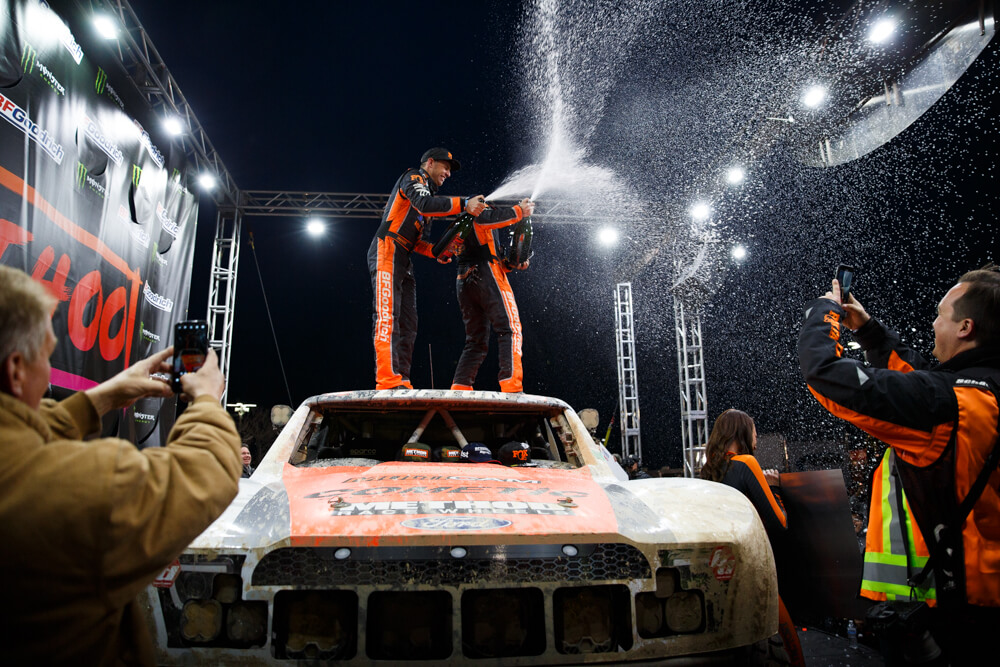 “This is awesome,” Lofton said from atop the podium. “It takes a whole crew, and we’ve got some great partners, and they won this race. These big checks look good in the shop, but we’re going to get ready for the next race after this. We’ve got more races to win!” 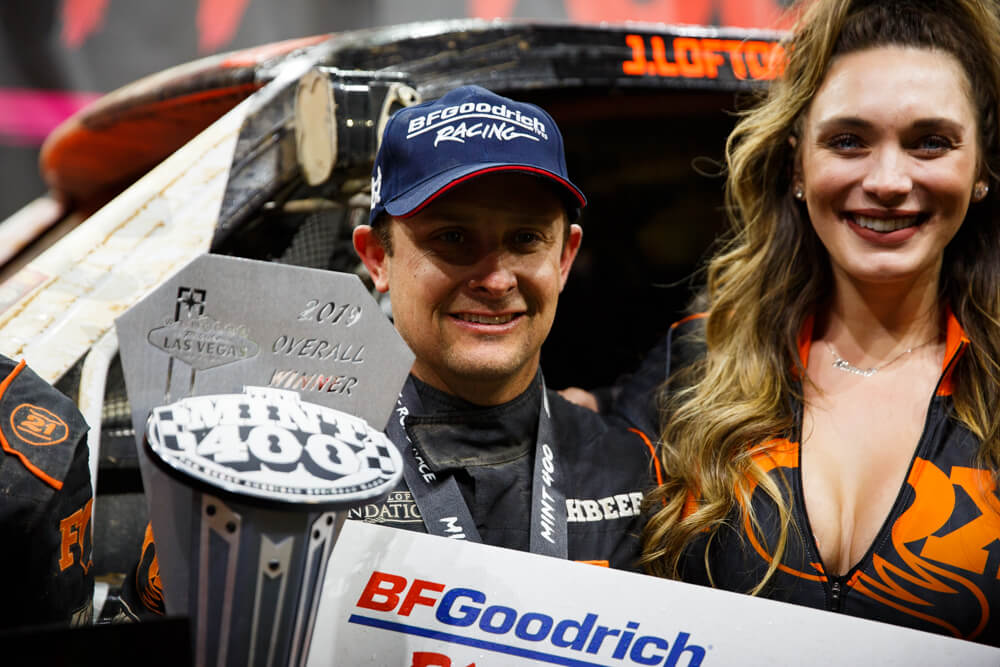 However, things unraveled for Menzies on the final lap, beginning with a flat tire and subsequent issues in changing it. That enabled Lofton to take the lead for good, while more trouble for Menzies relegated the Las Vegas native well outside of the podium battle. He wasn’t the only one, though, as 2017 winner Rob MacCachren also punctured a tire after hitting a rock on the final lap while within striking distance of the overall lead.

22-year-old Brett Sourapas, winner of the season-opening Parker 425, drove a consistent and clean race to take second, just two minutes and 56 seconds behind Lofton. Multi-time Best in the Desert champion Jason Voss, still seeking his first Mint 400 win, took third, while Cody Parkhouse followed up on his top qualifying time in Class 1500 by earning the victory on Sunday afternoon as well. 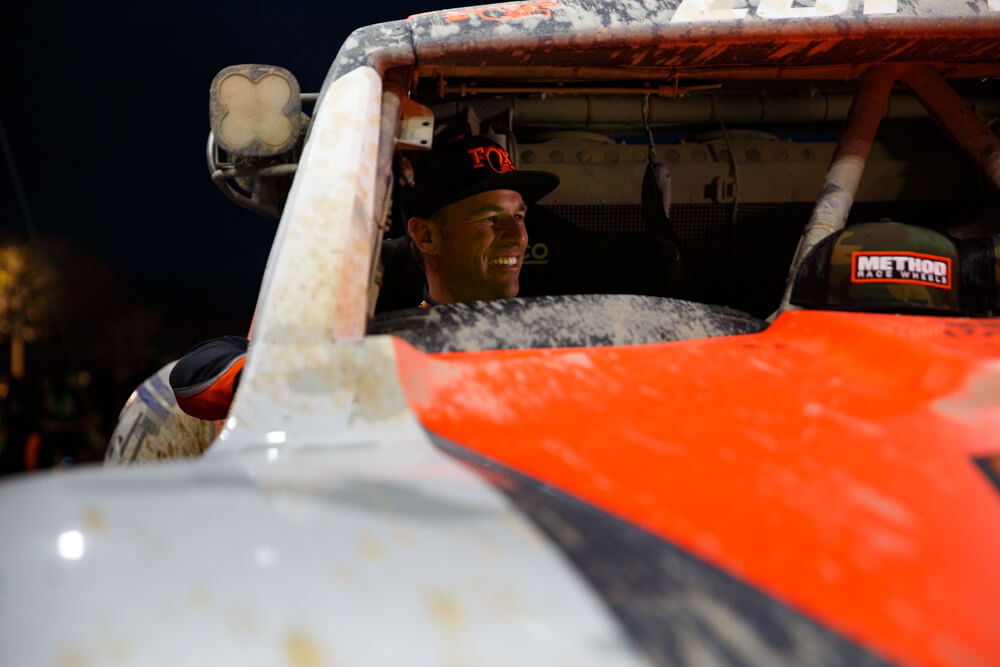 “This year’s BFGoodrich Tires Mint 400 was another spectacular running of the Great American Off-Road Race,” said Mint 400 CEO Matt Martelli. “Congratulations to Justin Lofton on a hard-fought victory, and to all of this year’s class winners and finishers. We’re grateful to all of our sponsors and partners who helped us put together such a terrific celebration of off-road racing, from Wednesday’s parade down the Las Vegas Strip to tonight’s exciting finish to our Unlimited Truck race. We already can’t wait for 2020 as we look to take the Mint 400 to yet another level next year!”