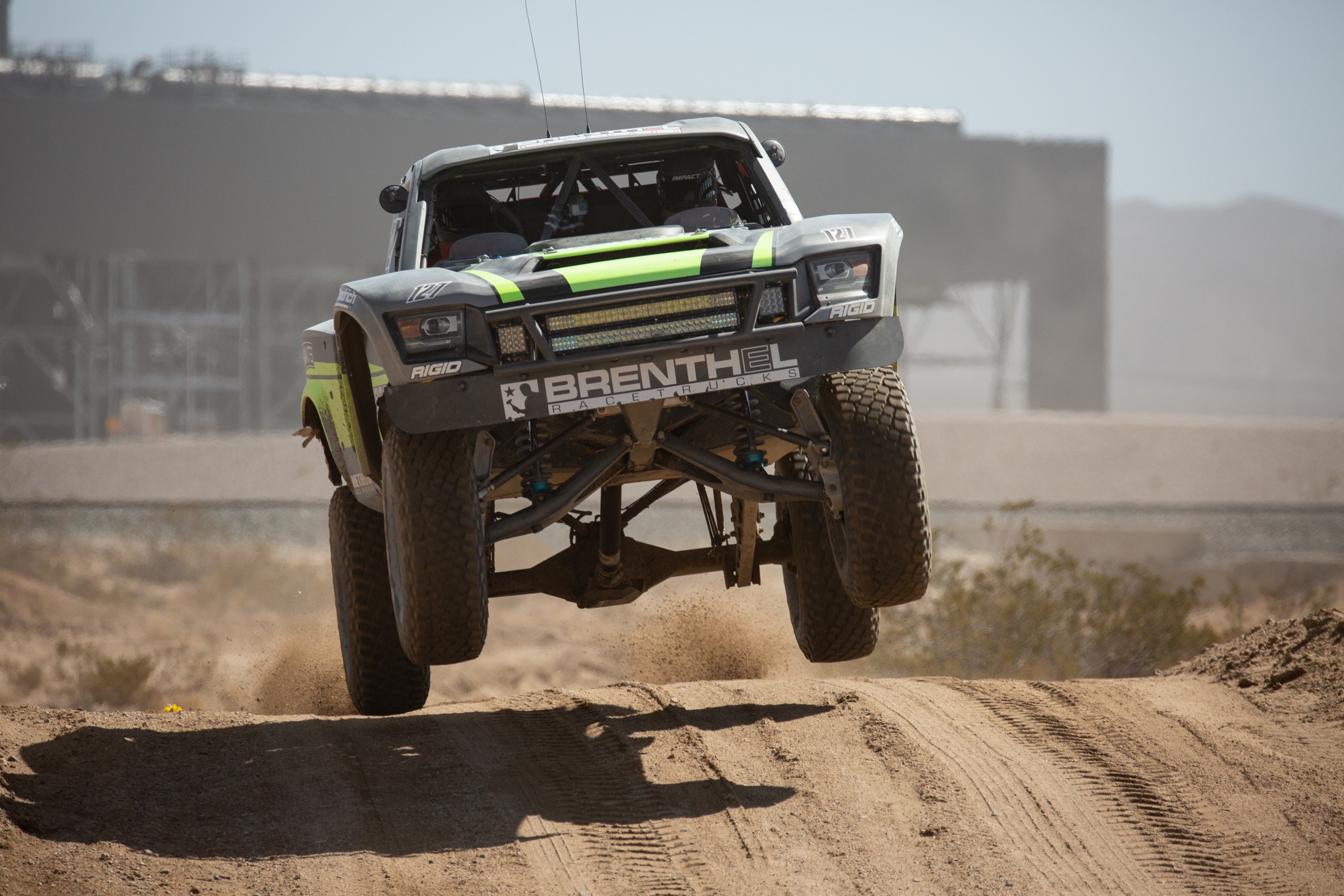 Brenthel Industries driver Kyle Jergensen outlasted some of the biggest names in the sport in a battle of attrition to unofficially win his first 2022 BFGoodrich Tires Mint 400 on Saturday afternoon. Jergensen, who qualified sixth in Friday’s Method Race Wheels Qualifying, took over the lead on the final lap of the race and managed oil pressure issues to avoid falling out of the top spot in the final miles. 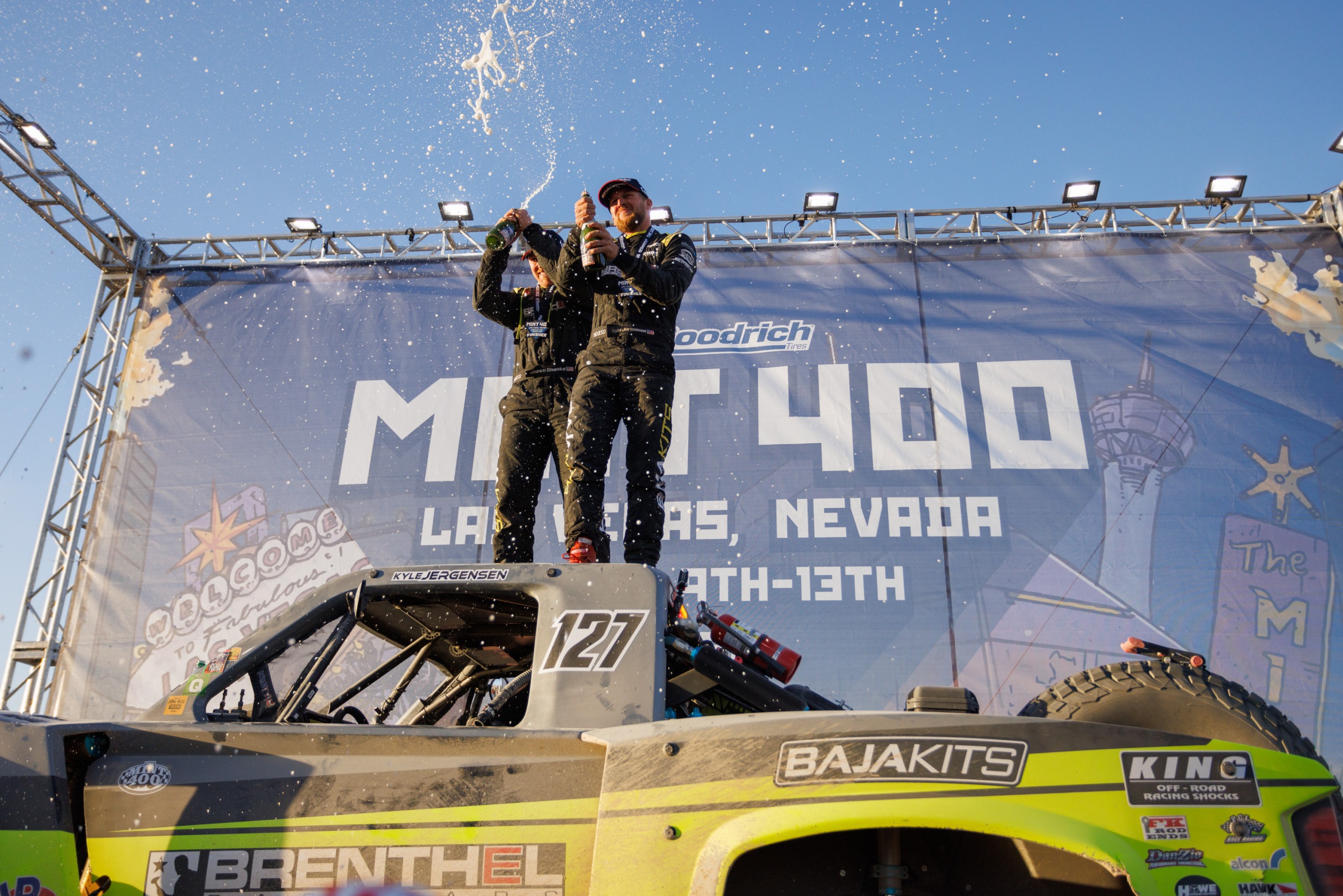 “(This win) means a lot for me and my team,” Jergensen said after crossing the finish line in Primm. “The Brenthel team works so hard, and it’s another big team win for them. The race has to come to you, and it did. We were just kind of staying patient behind Rob (MacCachren), we saw a trail of oil, and then we saw Rob pulled over, but after that we had our bundle of issues. Once we got oil put back in it at Pit B by our crew, it ran great. There was a little excitement on the last lap, but everything else ran great.” 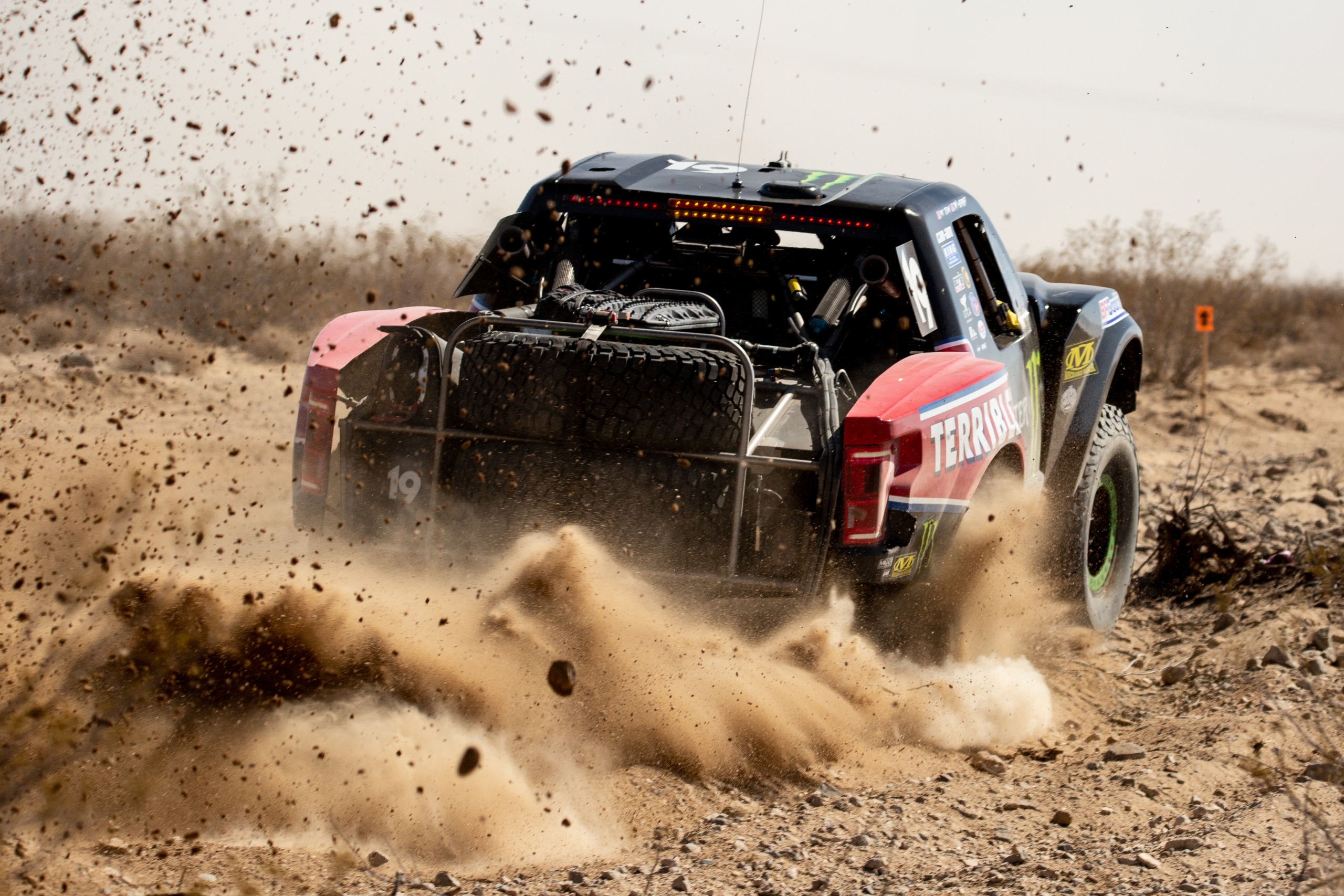 Tim Herbst crossed the line second, 3:19 behind Jergensen’s winning time of 6:43:49, while Las Vegas native BJ Baldwin, who started the race alongside Jergensen in seventh, completed the podium at 7:11 off the winning time. Fourth place finisher Steve Olliges also posted a time of under seven hours, a blistering pace even though many of the top racers suffered attrition throughout the event.

“It’s a really, really long race, and you just have to let it come to you,” Herbst echoed on the podium. “That’s sort of what we did today, and we were just hoping to get some luck in the last 30 miles if Kyle would have had a few more problems than he already did. It’s a really fast, rough course, and you just have to make sure you don’t wear it out in the first couple of laps so you have something left to race at the end.” 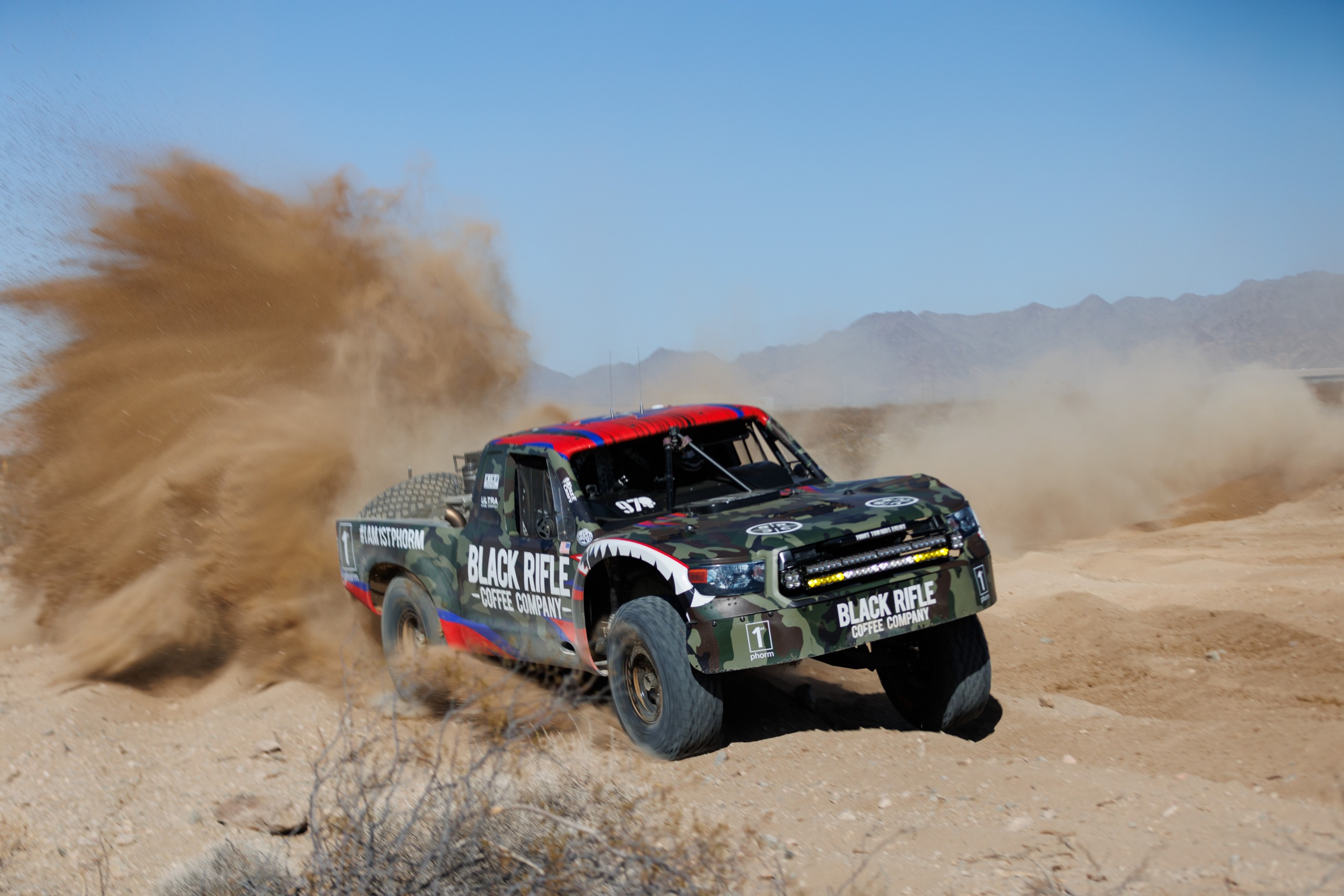 “It’s good to be here—I live here in Las Vegas and I wanted to bring it home for V-Town,” said Baldwin, the 2011 winner of the Great American Off-Road Race. “We live in the greatest city in the United States, there are tons of awesome people and tons of off-road fans. This is a very difficult sport to spectate, but you have people driving an hour out to spots to see us drive by for 15 seconds, so those are diehard fans. There’s more passion in this form of motorsports than any other form on the planet!”

Justin Lofton qualified first on Friday and led the field into the desert from Primm on Saturday morning, but both Lofton and second place qualifier Harley Letner of Concrete Motorsports would pull off track while many other competitors were still waiting to leave the line. Instead, it was Ryan Arciero who spent a majority of the race firmly in the top spot of the Unlimited Truck standings before suffering a heartbreaking mechanical failure on the dry lake bed on the third lap of the race. 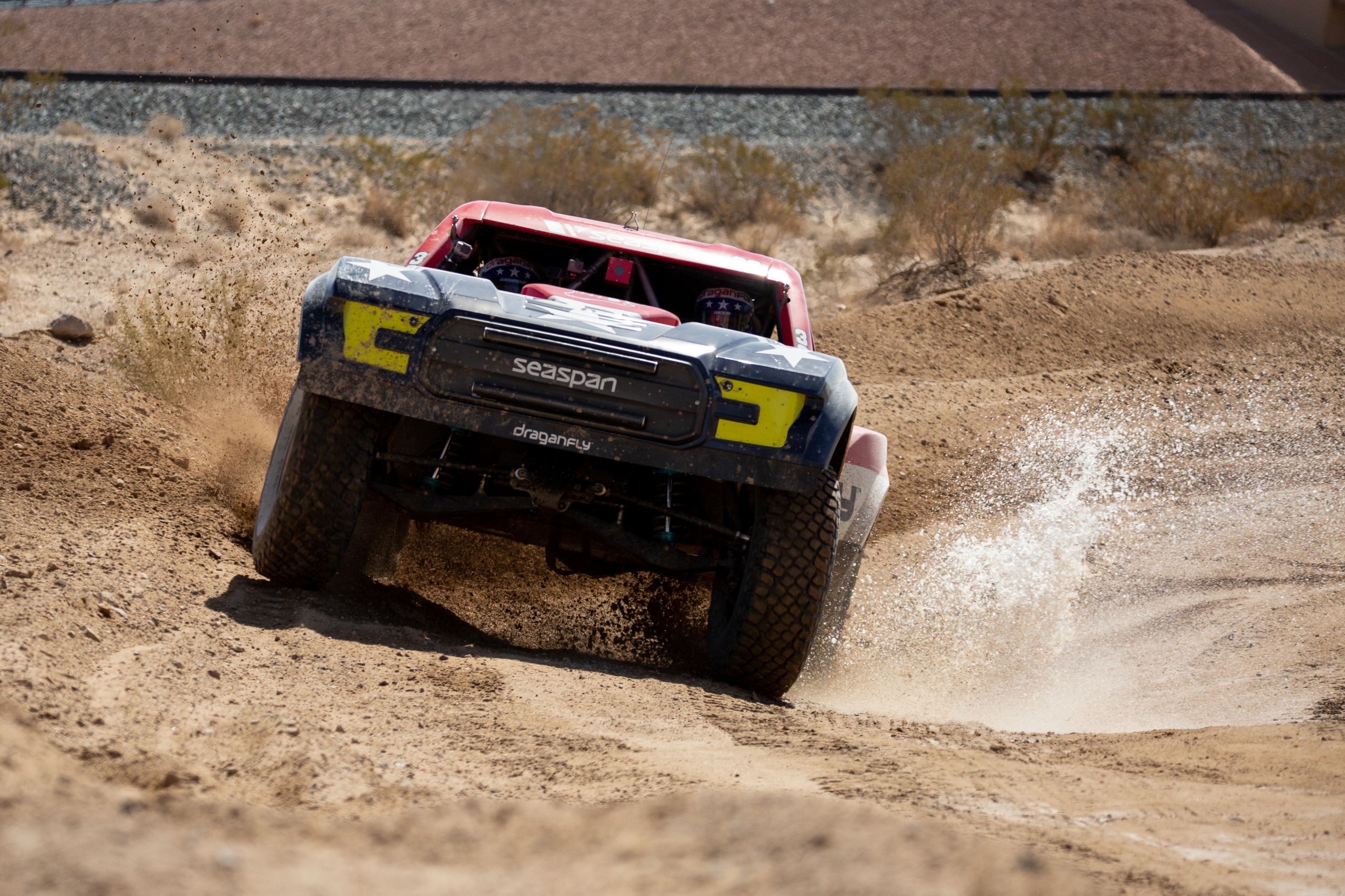 That opened the door for Rob MacCachren, who won the most recent Mint 400 in December, to take over the top spot, until he suffered a belt issue after starting the final lap that knocked him back to fifth. MacCachren’s issues handed the top spot to Jergensen, who would give back some, but not all, of his lead over Herbst managing his equipment to the finish. 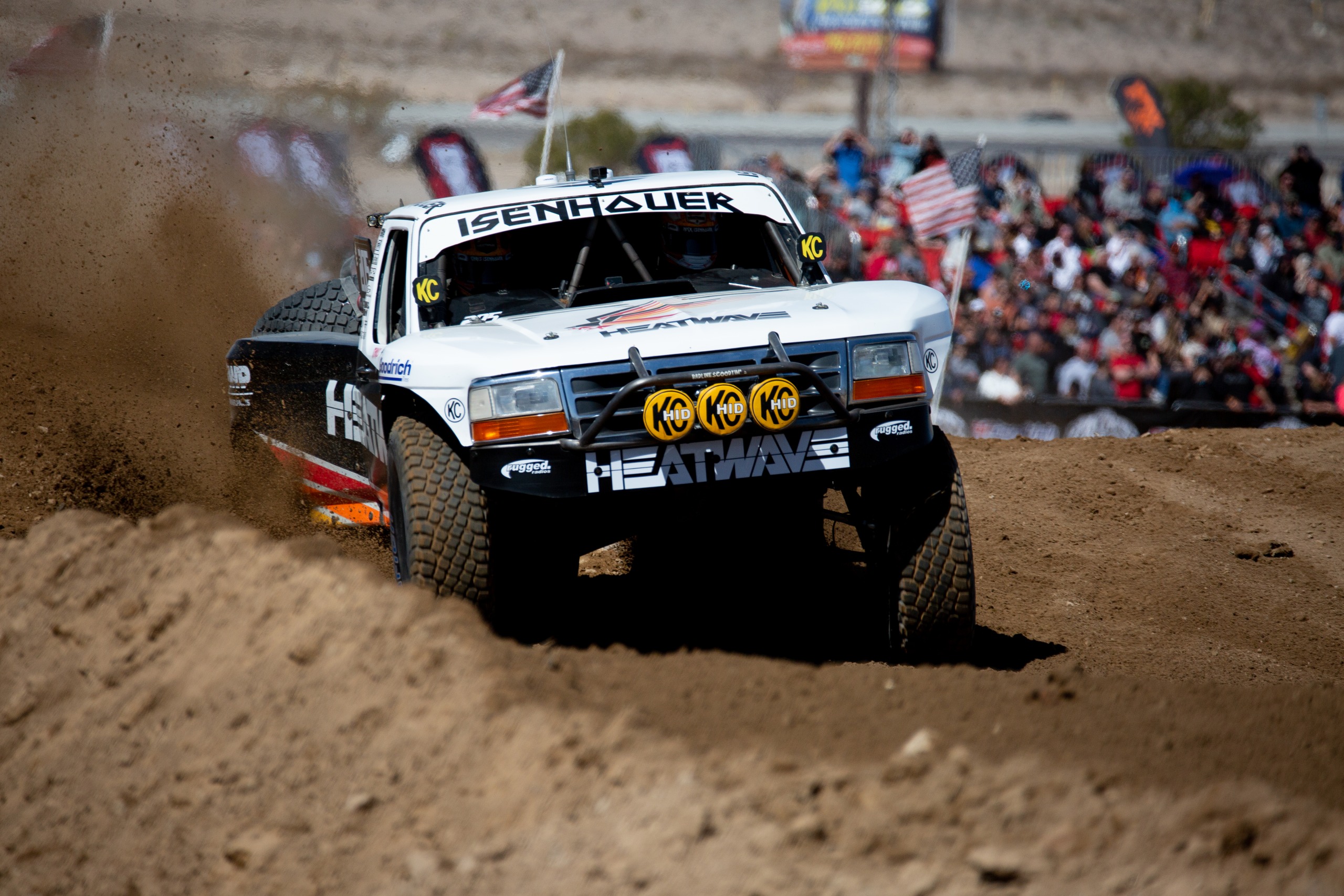 The top four Unlimited Truck Spec finishers would place sixth through ninth overall, with Nick Isenhour finishing first with a time of 7:19:15 and a three-minute class victory as Thor Herbst, Justin Blower, and Bear Nunley were split by just 50 seconds for the final podium spots. Class 1 winner James Dean, whose father Pat teamed up with Herbst in Unlimited Truck, completed the overall top 10. 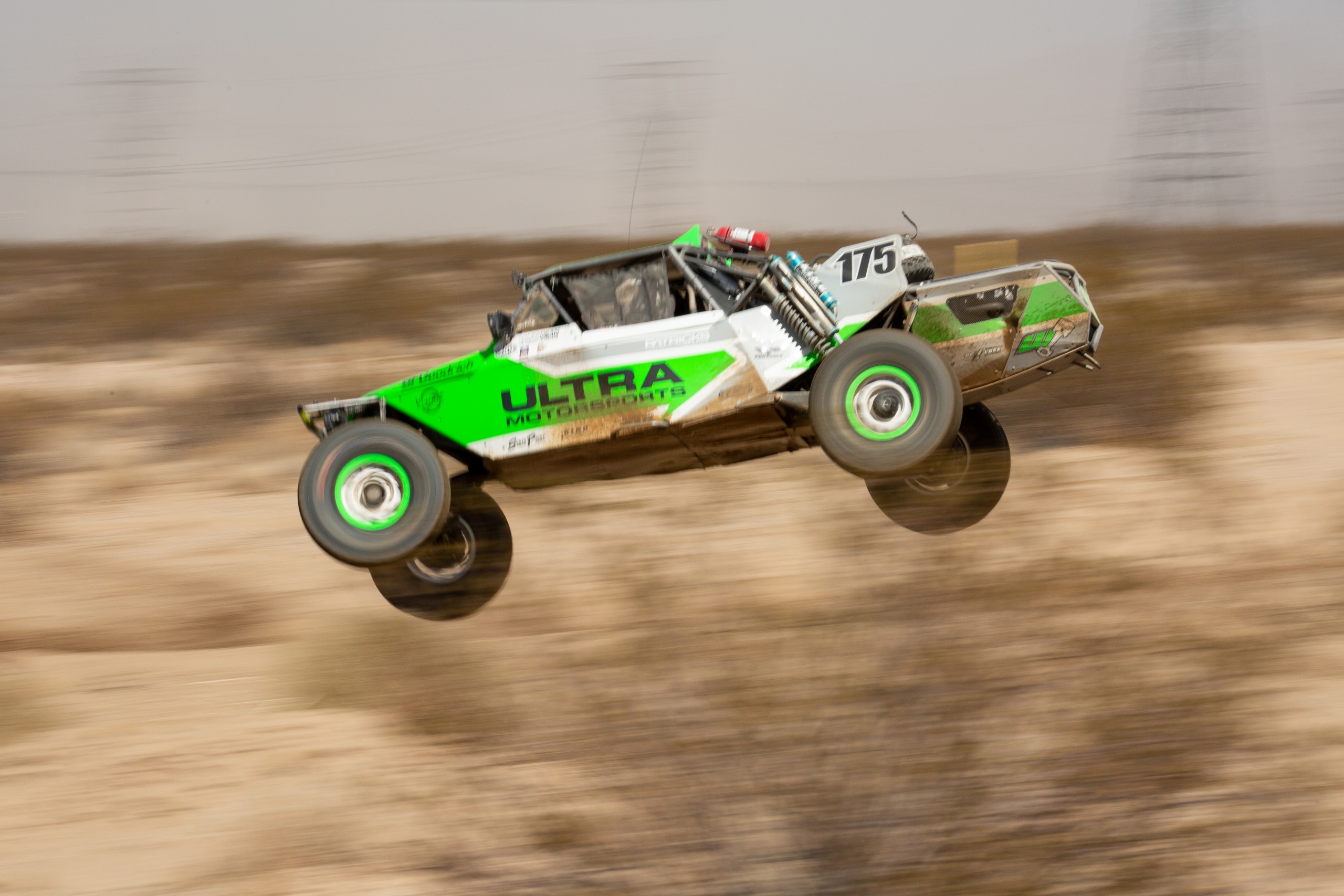 Unofficial Unlimited Truck class results from the 2022 BFGoodrich Tires Mint 400 are as follows:

Full live timing and results from the event are available at live.themint400.com. 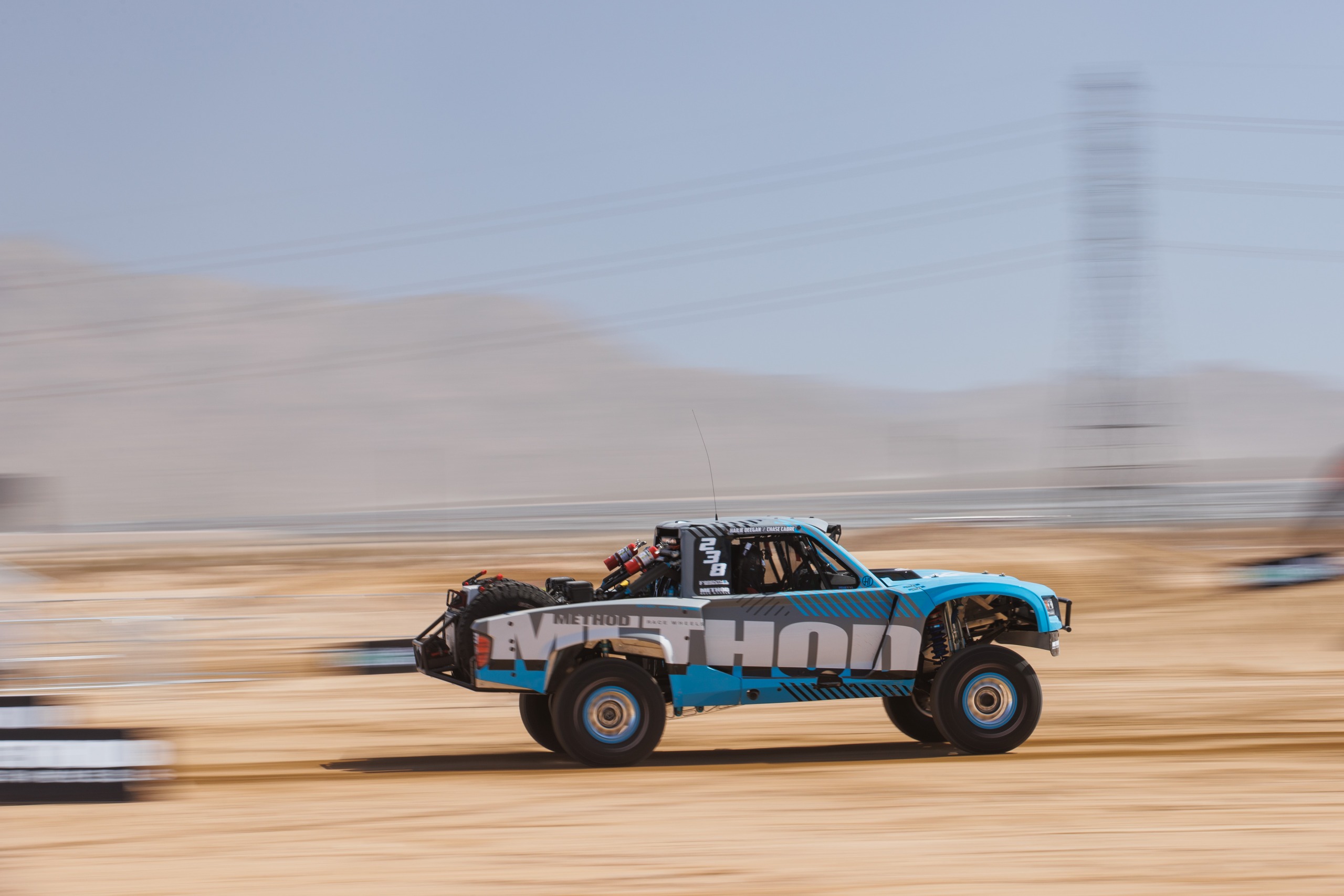 So winning in Vagas had to be very special?? Be everything in Vagas out classes all other track ! How did winning this races advance your career??