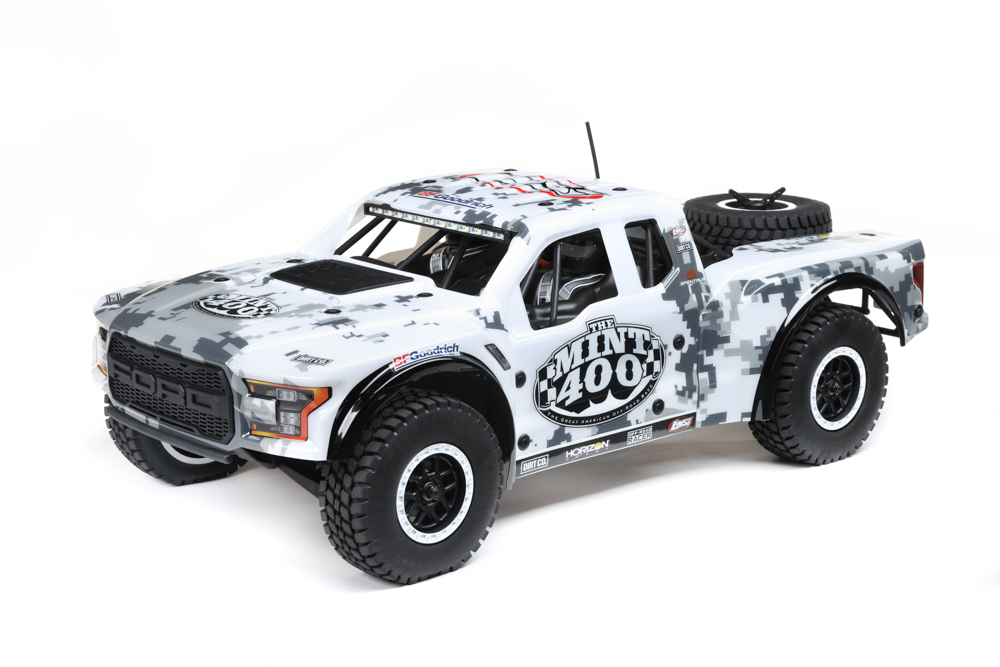 San Diego, CA February 28th 2022 – The Mint 400 announced today that they have renewed their partnership with R/C brand Losi, who will return in 2022 as the “Official R/C Truck of the Mint 400”. To help celebrate the continuing partnership the two companies are releasing their 4th Limited Edition Mint 400 Ford Raptor Baja Rey desert R/C truck – this time in two exciting colorways. Additionally Losi will return to the Mint 400 March 9th – 13th and be a prominent fixture on historic Fremont Street and at the Official Primm Valley Start/Finish line with exciting demos all weekend.

“We’re absolutely thrilled to have Losi return for their third year as the Official R/C Truck of the Mint 400,” said Mint 400 COO and Co-Owner Joshua Martelli. “Not only have they been a huge supporter of desert off-road racing – they are driving excitement for the entire off-road industry! Losi came on last year and sponsored “Thumpers” and took over one of the most thrilling spectator areas on the course. They are helping push our livestream numbers and grow The Mint outside of just the racing bubble. Not only that, these new Baja Rey Mint 400 trucks are works of art!” 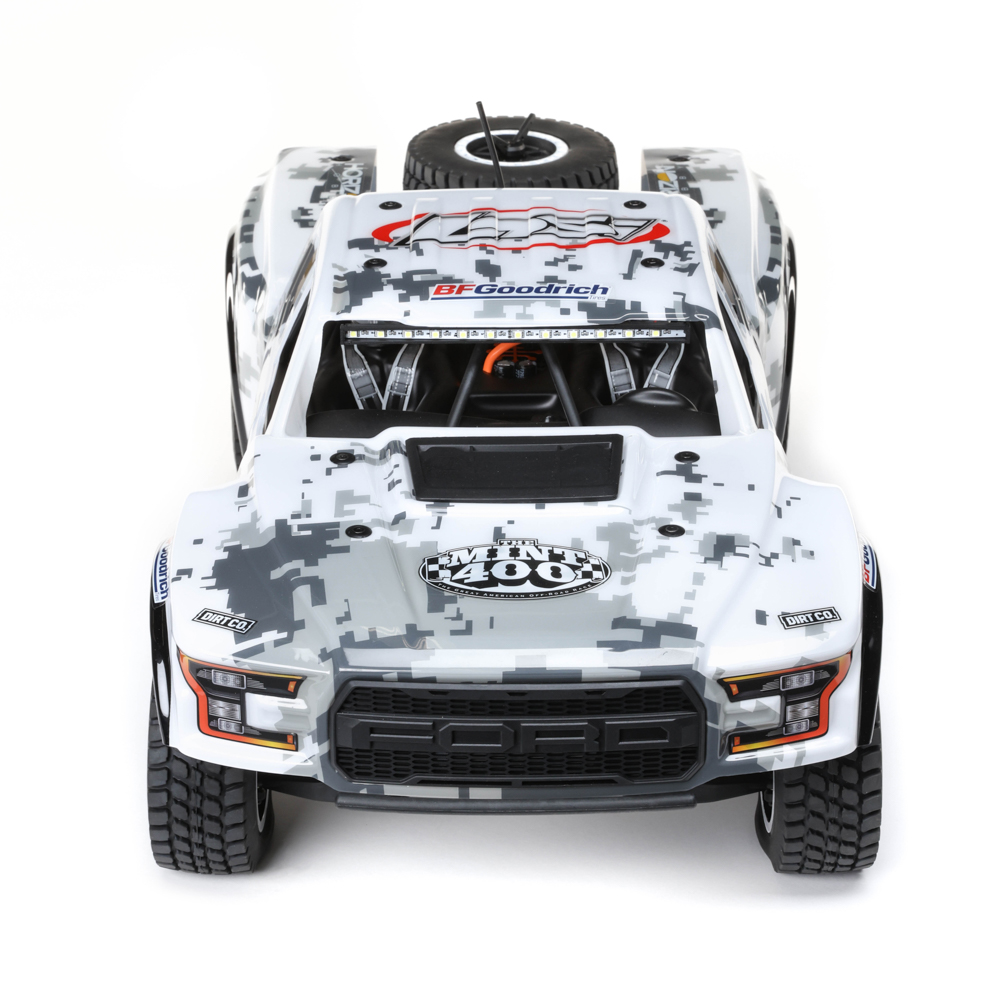 This latest edition of The Mint 400 Ford Raptor Baja Rey will be available as a limited edition Desert Tan truck, inspired by real US military combat vehicles with green and olive digital camouflage patterns, with a one of a kind matte green roll cage. And a super limited DirtCo. Snow White Variant Edition truck with black and gray digital patterning, inspired by the disruptive overwhite patterns found in the US Special Forces snow fatigues. 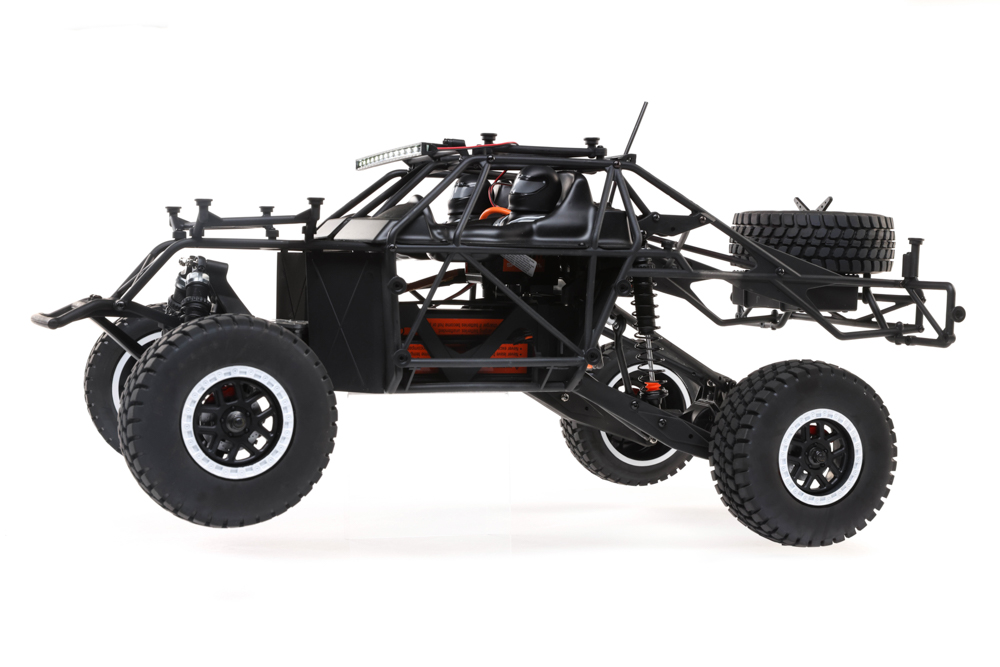 Both are built on the same battle-tested Losi Baja Rey truck body and feature exclusive Mint 400 graphics, a custom engraved Mint 400 laser etched serial numbered chassis, and will include a one of a kind Mint 400 Losi collectors coin. Losi is set to release just 1000 of the Desert Tan vehicles, while DirtCo. will sell just 250 of the super exclusive Snow White Variant Edition trucks. The vehicles are expected to sell out rapidly. 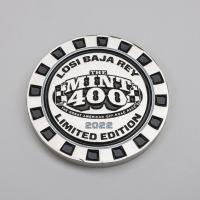 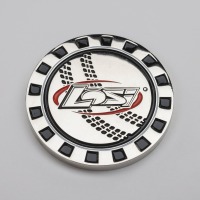 “Our team is fired up about our ongoing partnership with the Mint and releasing our fourth Mint 400 truck together,” said Brian Nunez, Brand Manager for Losi. “The Mint is not just a race – it’s a cultural happening. It not only attracts the top off-road racers and teams from around the world, but also attendees that are passionate about speed and performance just like us. If you love solid rear axles drooping out over a big jump & the body floating over whoops as the suspension travels this truck is for you!” 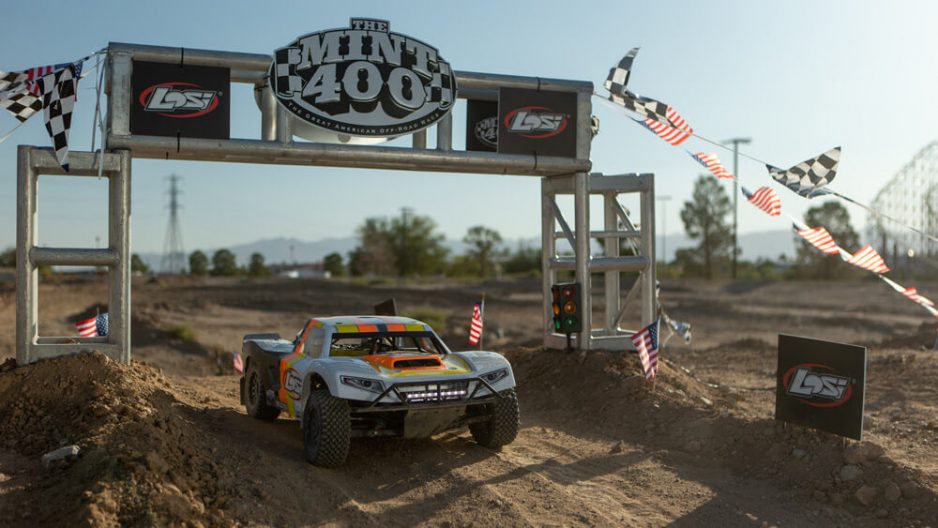 Losi is known for being the most progressive and authentic R/C truck brand on the planet. In 2020 they teamed up with the Mint 400 and took on the grueling desert race course in their 5IVE-T 2.0 and completed one of the treacherous 125 mile laps. They followed that up and released the Super Baja Rey 2.0 with custom King Shocks and Brenthel Industries edition bodies. The new 2022 Mint 400 body styles marks the fourth time the two companies have teamed up, and there are more projects in the works for the Mint 400 race this March 9th – 13th in Las Vegas.

The new 2022 Losi Mint 400 Ford Raptor Baja Rey will retail for $599.99. The DirtCo. Snow White Variant will only be available on DirtCo.com and pre-orders will begin today at 9am PST. They are expected to sell out quickly, and will ship in late March. The Desert Tan edition will launch early March in R/C and Hobby shops around the US. For more information visit HorizonHobby.com or TheMint400.com.