“Driver jackets quickly became a significant part of the Mint 400 packets each driver/co-driver received when entering the race.  It kind of set us apart from the beginning.  When you had a Mint 400 driver jacket on, it was a certain accolade, a badge of courage and a symbol of The Great American Off-Road Race.” -KJ Howe 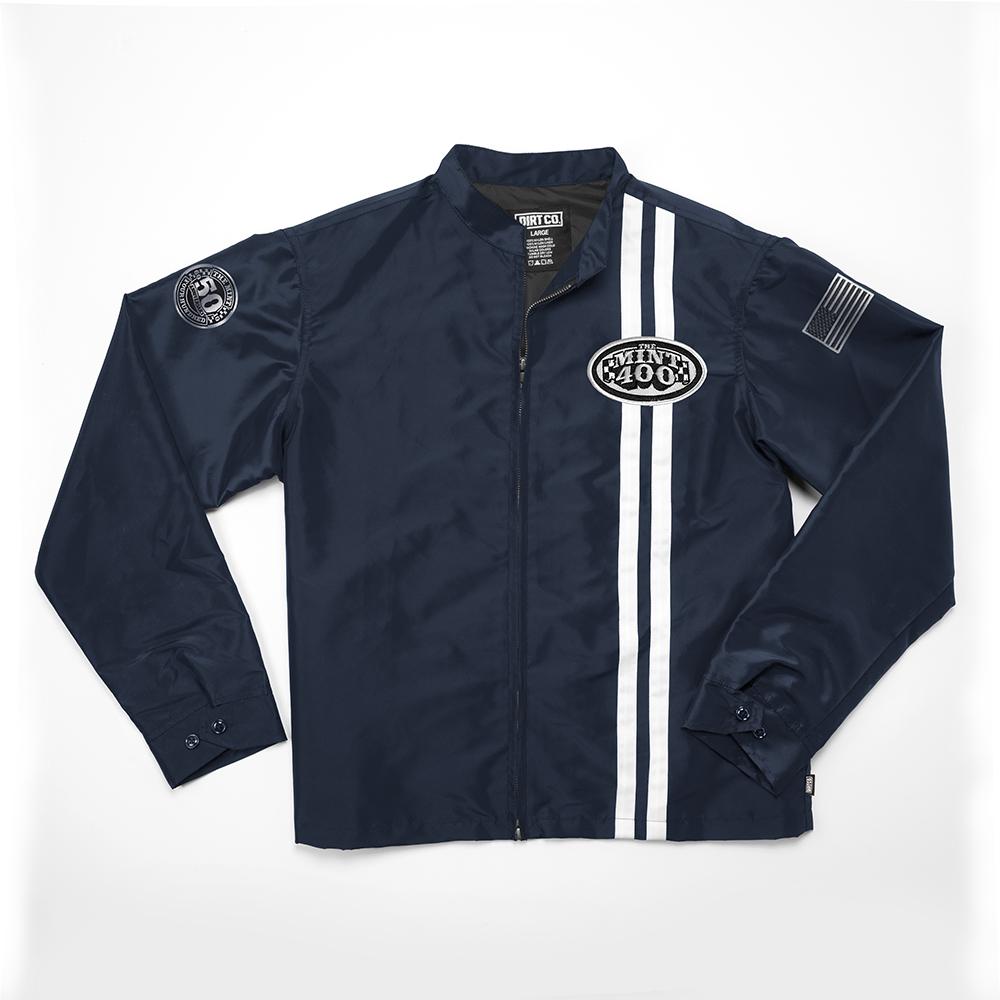 In March, each driver/co-driver will receive a coveted Mint 400 driver jacket.  Though these jackets are not available to the general public, these Mint 400 Civilian Jackets are now available in @TheDirtCo online store. This classic racing jacket has a cut and finish inspired by the original racers of The Mint 400. Nylon shell and liner, YKK front zipper, banded mock collar, racing stripes, button cuffs and overall heavy 30g nylon thread – This original 60’s racing cut features official Mint 400 logo patch, 50th Anniversary logo patch and the American Flag.  Click here to get your jacket!