MultiCam® joins The Mint 400 as a Supporting Sponsor of The Mint 400 Military Challenge
The Super Bowl of Off-Road Racing returns to Las Vegas, this fall with renewed support for armed services! 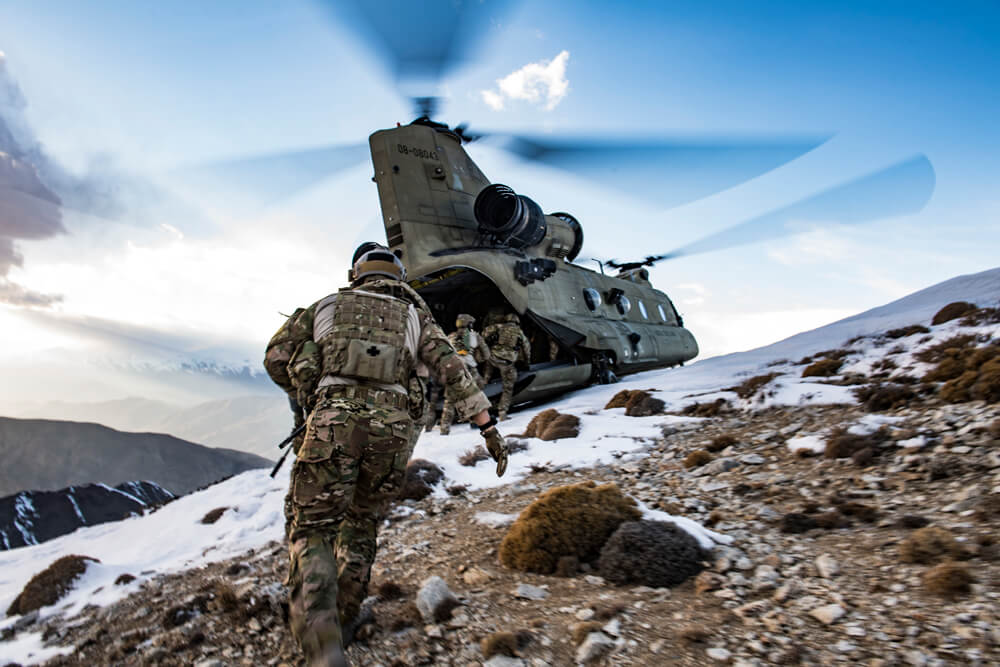 The Great American Off-Road Race™ announced today that MultiCam® has come on as a supporting sponsor of the second annual “Mint 400 Military Challenge”. The Mint 400 Military Challenge was created by Mint 400 owners Matt and Josh Martelli, and Mint 400 Event Director Kilian Hamlin, in 2020 to raise awareness and funds for non-profit foundations providing support to military veterans and their families. The challenge is open to ALL race teams to compete in a ‘race-a-thon’ format to raise funds for their Foundation of choice that supports veterans and active-duty military. This year, due to the support of MultiCam®, each team participating in the Military Challenge will be allowed to run MultiCam camouflage number plates and receive a commemorative Mint 400 Challenge Coin.

“MultiCam® is the combat-proven camouflage pattern for U.S. military forces for all environments. They have saved countless lives by helping keep our troops safe. They are the perfect partner for the Mint 400 Military challenge, and we are super stoked they have stepped up to sponsor the Mint 400 Military challenge. It speaks volumes about them as a brand,” said Mint 400 Co-Owner and CEO, Matt Martelli.

Are you a team/racer looking to raise funds for your foundation? Are you a brand, business or individual looking to donate to a team/foundation?

CLICK HERE FOR MORE INFO ON THE MILITARY CHALLENGE

“We are excited to get involved with The Mint 400 and not only support active duty and military veterans but to get them out participating in off-road racing. This is a perfect activation for our brand, as we have many ambassadors who have been actively competing in off-road racing. It’s the perfect opportunity to showcase our company, and give back to the warfighters who protect us,” commented MultiCam® Marketing Director, Ernesto Rodriguez. 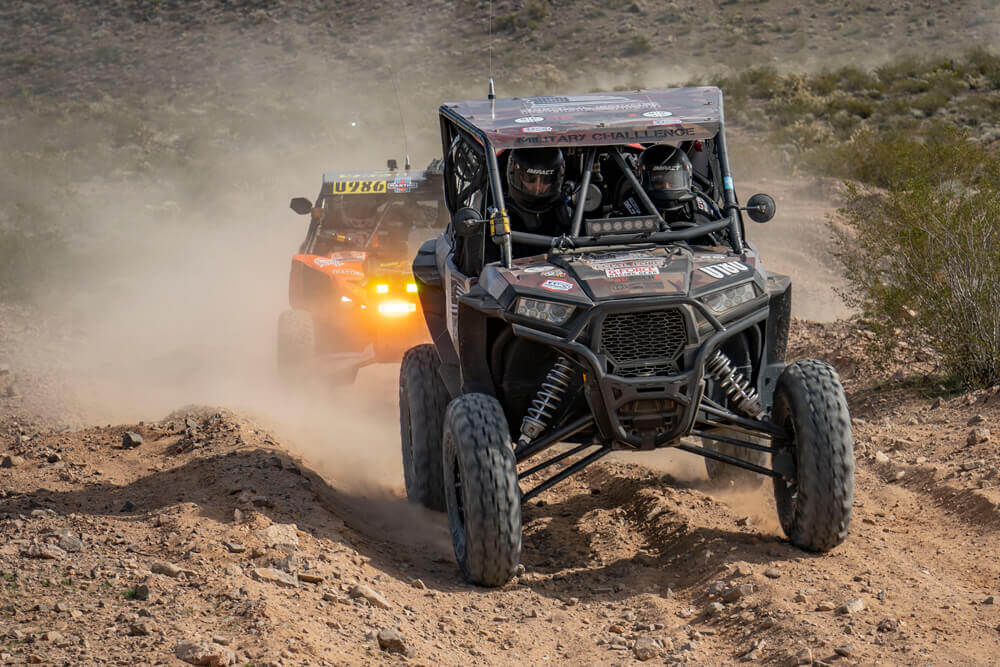 In 2020, race teams competing in the inaugural Mint 400 Military Challenge raised $104,689 for charities and foundations that focus on the needs of its active-duty members and veterans, with 100% of the proceeds going directly to each foundation. Together, 16 teams representing 11 different foundations came together to raise awareness and financial support for military veterans and highlight the military’s ongoing involvement in off-road culture. Teams of retired and active-duty members of all five branches of the United States Military raced in The Mint 400 Military Challenge. The “Bloody Ridge Race Team” #U951 topped the fundraising leaderboard, raising $23,216 for the Marine Raider Foundation.

If you would like to get involved with the Military Challenge as a sponsor please contact Mint 400 CEO Matt Martelli at [email protected]. 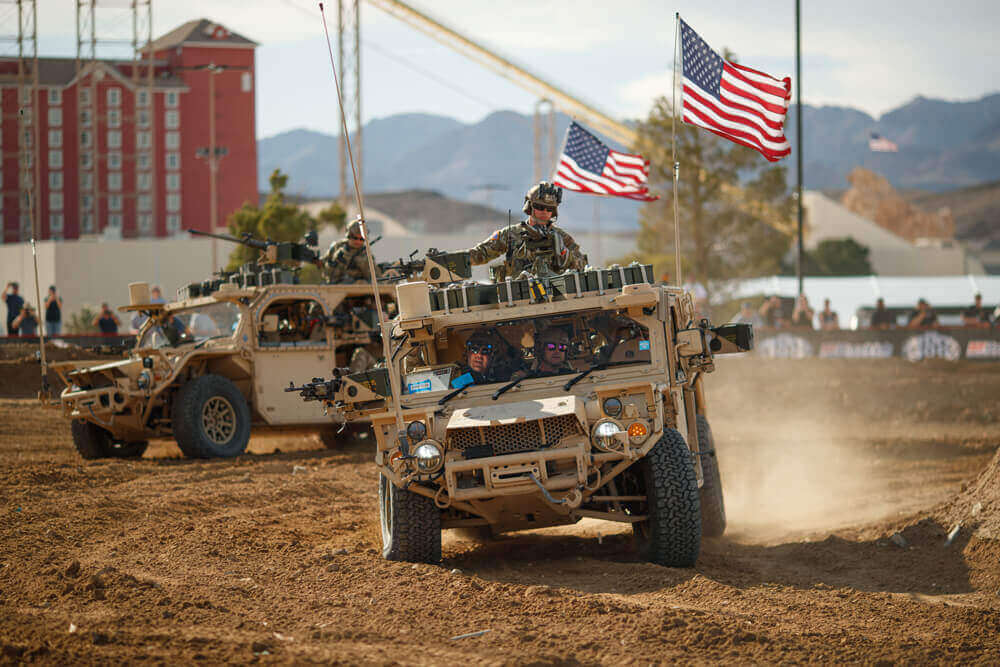 As an extension of the Military Challenge, The Mint 400 has also renewed the official Military Class for 2021, where actual military vehicles can compete in the race. In 2020, Green Berets with the 5th Special Forces Group (Airborne) raced their General Dynamics Ground Mobility Vehicle 1.1s fully loaded out, to show the thousands of Mint 400 fans on hand and via the Livestream, what these vehicles are capable of when they’re out there fighting and defending this great nation. The team Warfighter Made entered two vehicles in the Military Class in addition to the UTV Rally effort. The first vehicle was Warfighter Made’s own Vintage Military Light Strike Vehicle (LSV), known as Flyer 22 and the second was a 1988 AM General, M998 High Mobility Multi Wheeled Vehicle (HMMWV) aka Humvee.

About MultiCam®
MultiCam® is the combat-proven camouflage pattern for U.S. military forces for well over a decade. Its groundbreaking multi-environmental concept has made it the perfect concealment solution for U.S. Special Operations Forces, who can be in a desert one day and a jungle the next. MultiCam® patterns take advantage of how the human eye and brain perceive shape, volume, and color. Since only a tiny portion of the human eye perceives color, the brain does a lot of “filling-in” for the eye. The unique design of MultiCam® takes advantage of this principle and helps the observer to “see” the pattern as part of the background.

After a variety of successful field testing, the MultiCam® team expanded the catalog to include specific operational environments; with MultiCam® Arid, MultiCam® Tropic, MultiCam® Alpine, and MultiCam® Black. MultiCam® is now a complete family of uncompromising concealment options for those who demand the best. For more information, visit http://www.MultiCampattern.com.