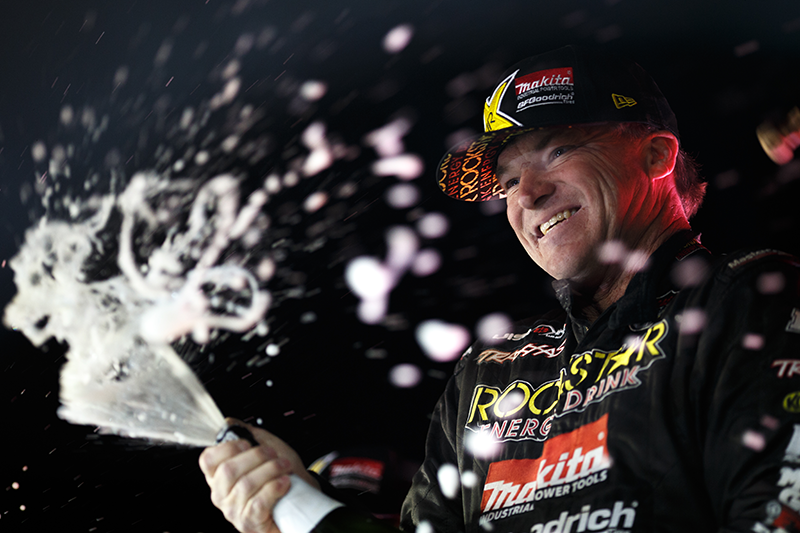 Las Vegas native Rob MacCachren, who, in his 30-year career has won nearly every race and championship imaginable, finally sealed the deal earlier tonight on the one that’s eluded him, taking the win at the 2017 Polaris RZR Mint 400 presented by BFGoodrich Tires.

“It’s good to get this monkey off my back!” said an elated MacCachren, drenched in champagne on stage after crossing the finish line with an unofficial time of five hours, 37 minutes, 35 seconds after three laps of the 116-mile course outside Primm, Nevada. 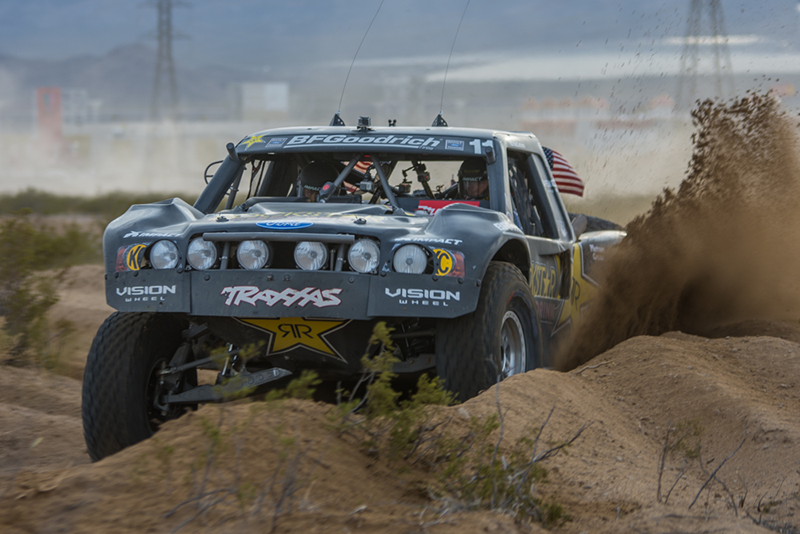 The Mint’s reputation for being one of the toughest courses in off road racing played to MacCachren’s favor when race leader Andy McMillin flatted on the final lap, ending McMillin’s shot at a third Mint 400 win and handing the lead to the eventual winner. 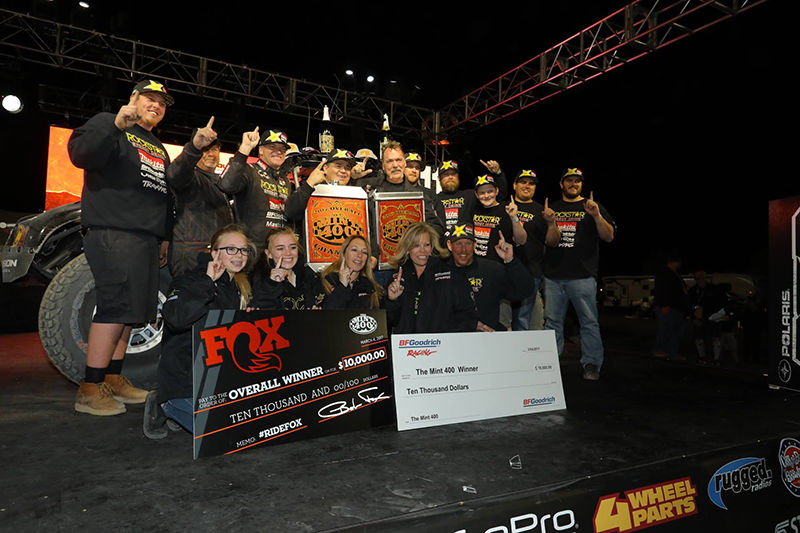 MacCachren takes home $10,000 from BFGoodrich Tires, $10,000 from Fox and a brand new Polaris RZR (adding to the one he already owns).

Always the gentleman racer, MacCachren paid tribute to Casey Folks, Best in the Desert founder, who passed away on Jan. 12, credited his crew for helping deliver the win, and thanked Mint 400 owners Matt and Josh Martelli and the hundreds of volunteers and crew who make the race happen each year.

Jason Voss, who won Thursday’s Method Race Wheels Time Trials, securing clean air as the first Trick Truck off the line shortly after 12:30 p.m. today, was awarded second place on unofficial time, coming in with a five hours, 38 minutes, 39 seconds, taking the checkered flag a little over a minute after Rob Mac.

The Mint celebrates Trick Truck podium finishers and winners in all classes of the 380 vehicle field tomorrow at 11 a.m. at an awards banquet at the Grand Ballroom at the Golden Nugget Hotel and Casino, which is the race’s sponsoring hotel.