San Diego, CA, February 15th 2022 – The Mint 400 and California 300 race promoters Matt and Josh Martelli announced today that Site Solar, the global leader in portable solar light towers and generators, will once again provide solar powered lighting for the 54th annual BFGoodrich Tires Mint 400 in Las Vegas March 9th-13th. The second year partnership comes as part of the continuing mission by the Martelli Brothers to help offset the carbon footprint of their events and promote sustainable and responsible land stewardship. Site Solar will also join the newly announced California 300 race, which will take place this October 12th – 16th in Stoddard Valley. They will provide a total of fifty flagship solar powered light towers which are capable of reducing CO2 emissions by 30 metric tons per unit, each year! 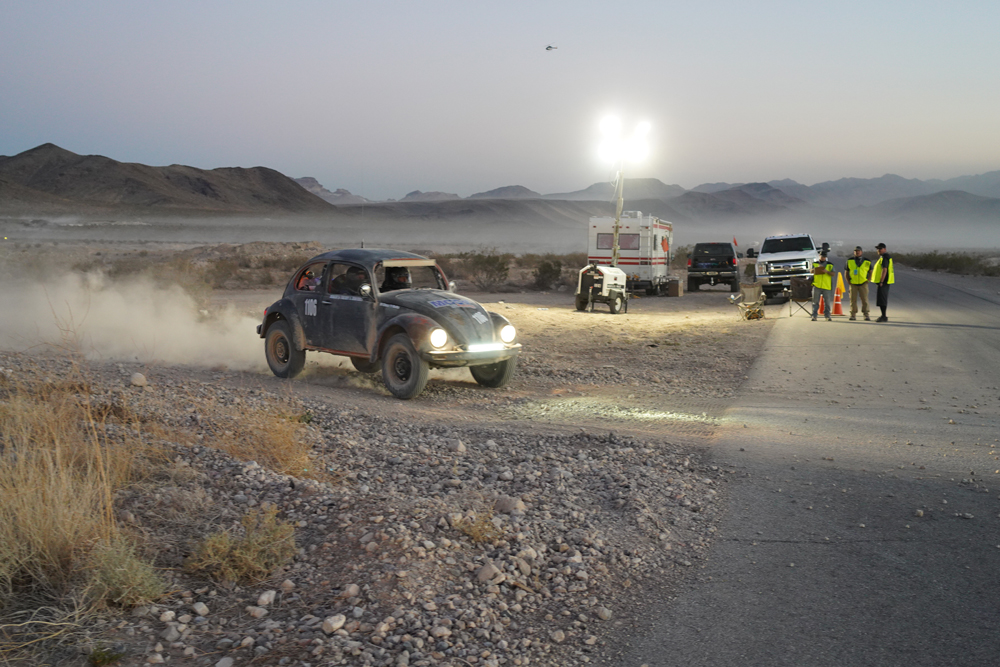 “We are thrilled to have Site Solar back to the Mint and to be working with them on plans for our new race this year,” commented Mint 400 and CA 300 Co Owner, Josh Martelli. “This will be our second year working with Jason and his team and we can’t say enough about this technology and it’s potential in our sport and industry. We were stunned at how bright, efficient, and easy to use their solar light towers are. Our staff didn’t have to spend valuable time filling them up with messy and toxic diesel fuel, they are whisper quiet and they actually put out more light than most of the available diesel towers. We were able to charge our cameras and other equipment right off the units which helped us with our live stream production of the event.” 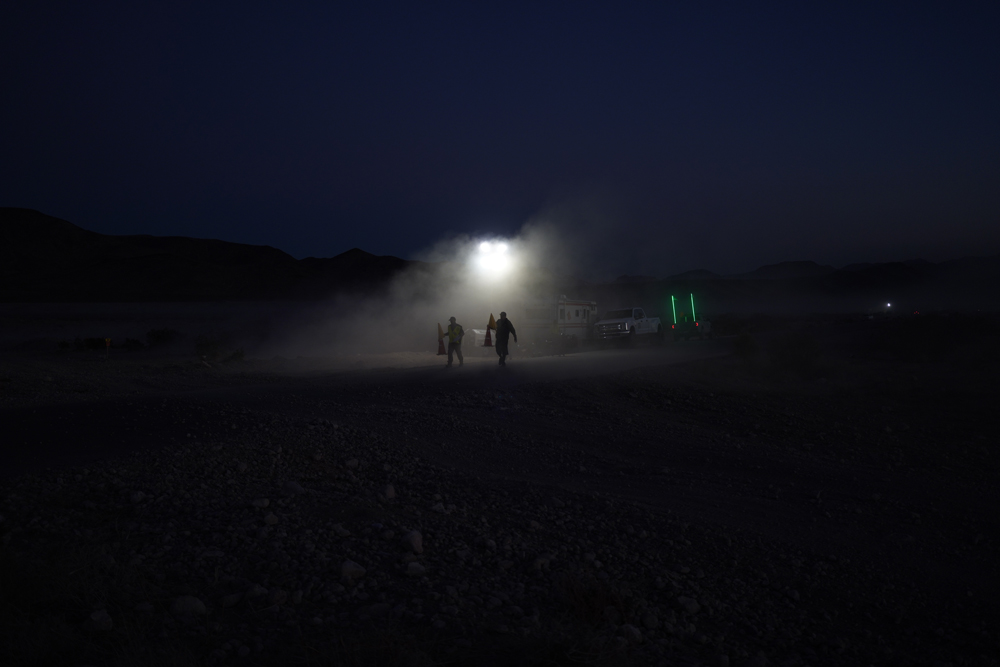 The Mint 400 and California 300 events in 2022 will feature several nighttime activities this year including the Mint 400 Off-Road Festival on Thursday March 10th as well as two thrilling days of racing that will go into the night in Las Vegas and in California. The Site Solar Portable Light Towers are a vital tool in keeping the public and racers safe in the nighttime hours. Each tower contains solar panels totaling 1,440 watts charge, AGM maintenance-free batteries, and run LED lights 26 hours between full charges. Timers control the lights, reducing labor costs and allowing staff to focus on work assignments – increasing worksite safety and eliminating secondary containment worries. The solar trailer functions as a generator to operate tools or job trailer 110v items. A steel enclosure secures components, including a data logger with GPS, which allows real-time monitoring of the mobile unit. 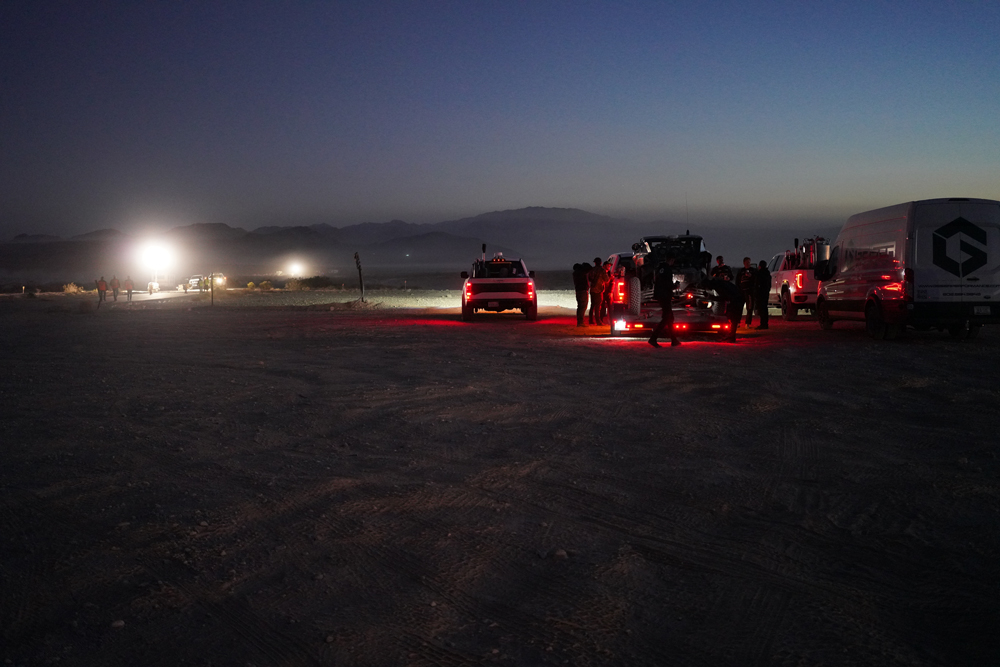 “We’re very stoked to be back at The Great American Off-Road Race again this year again,” commented Jason Morehead, Director of Engineering & Manufacturing at Site Solar. “And we’re thrilled to be among the first partners to join the California 300 too! Our entire product line is uniquely suited to providing light and power in remote places, so they really come in handy for events, job sites, and hard to reach areas of the desert where we’re racing. This technology has improved so much just in the past few years that the costs and benefits are really starting to eclipse traditional fuel based power and lighting systems. We encourage anyone with a business that needs remote power or lighting to get in touch with us!”

Site Solar is a global leader in portable solar light towers and generators. They provide bright, quiet, reliable LED lighting that’s perfect for a variety of industries and settings. Their off-grid solar solutions save you money, using 90% less fuel than traditional work site lighting and generators, eliminating 95% of emissions caused when you use diesel fuel. They work to provide the highest quality and most reliable solar power & lighting solutions.

The Mint 400 is the oldest and most prestigious off-road race in America and is held each March in the treacherous foothills of Sin City. The multi-day event features a massive vehicle parade down the world-famous Las Vegas Strip, a two-day festival on historic Fremont Street, and two days of grueling off-road racing on a desolate and punishing 400-mile racecourse. Nearly 65,000 off-road and recreational enthusiasts come to watch 500 race teams in 50+ classes from 25 different states and 15 different countries go door to door, while the Livestream coverage is beamed to over 800,000 viewers worldwide. No other off-road race allows fans the thrilling experience of watching the top off-road race teams from around the world battle for fame and glory, in a festival setting – complete with a luxury VIP section. The Mint 400 is “The Great American Off-Road Race”!

The California 300 is a new world-class off-road desert race built to showcase the best off-road racers in the world. The multi-day event launches October 12-16, 2022 in Barstow, CA and will feature a desert cleanup, multiple days of prerunning, a public poker run, an off-road festival, and two days of spectacular off-road racing on a fast, technical and punishing 75-mile race course. An estimated 25,000 off-road and recreational enthusiasts are expected to watch over 400 race teams in 40+ classes go door to door, while Mad Media produced livestream coverage is beamed to over 500,000 viewers worldwide. The California 300 is brought to you by the team that has rebuilt The Mint 400 into one of the most successful desert off-road races in history.