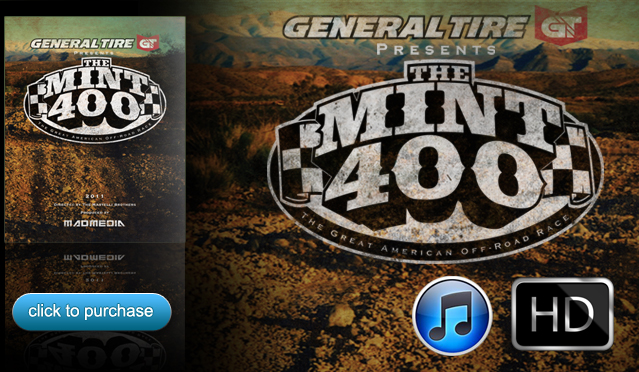 The roughest, most spectacular off-road race in North America, the Mint 400 is now available on iTunes in Sparkling HD! Started in 1976, The Mint is steeped in American lore as thousands of racers as well as celebrities from around the world have attempted to tame the brutal Nevada desert. The 2011 Mint 400 was an epic battle between some of the top off-road racers in the world in twenty-five different classes of vehicles. Shot entirely in HD by the largest, most experienced film production crew in off-road, The Mint 400 features stunning cinematography captured in some of the most remote spots on the race-course. Witness the bumper-to-bumper battling from a helicopter, feel the power of these vehicles from the passenger seat, watch the racers fall away, embroiled in the agony of defeat. Share in the glory of victory…This is the 2011 General Tire Mint 400!