The Polaris RZR Mint 400 presented by BFGoodrich Tires returns to Las Vegas, Nevada this week, March 1st – 5th. “The Great American Off-Road Race” will be held Saturday, March 4th with pre-race festivities beginning earlier in the week. The massive field of 370 race teams includes a record setting 57 unlimited trick trucks, 106 UTV’s, and 36, 6100 trucks. The world famous Mint 400 has always attracted celebrities and racers from around the globe. This year Jay Leno, The Diesel Brothers, Tanner Foust, and Jessi Combs will all join the field of racers. 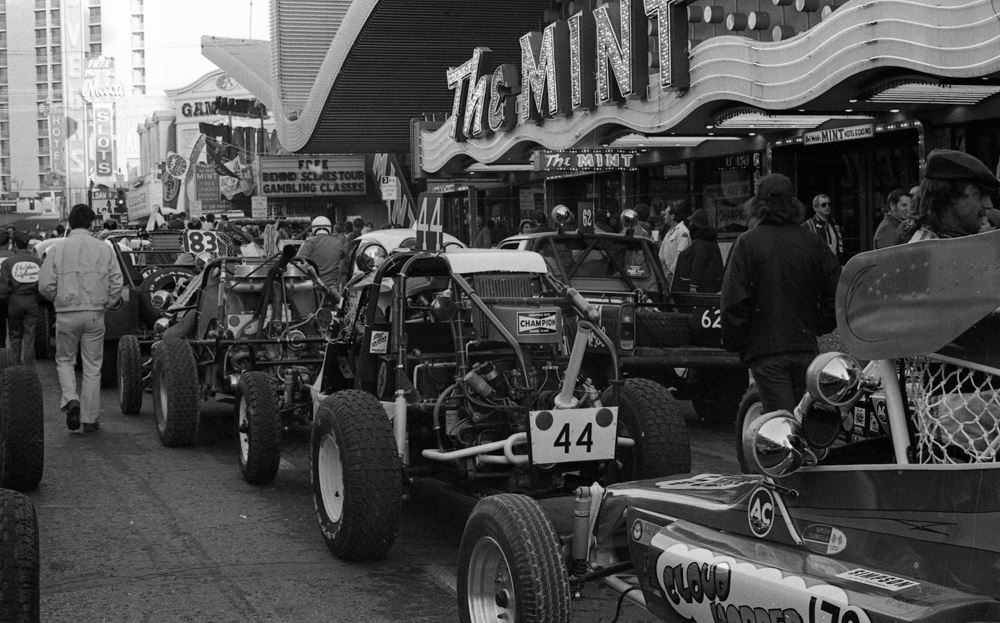 Created in Las Vegas in 1968 as a way to promote The Mint Hotel, the race has a rich and storied history becoming the largest and most important off-road race in the world. The event attracts over 60,000+ spectators to Las Vegas for the race and week long activities.  It features a massive field of 370 teams competing across 29 classes, with nearly one hundred on a wait list. The 120-mile loop that extends from the edge of Las Vegas to the California-Nevada state line in Primm, NV is considered the most grueling and challenging off-road race course in America. With five massive spectator areas, The Mint 400 puts fans safely in front of thrilling off-road racing action. 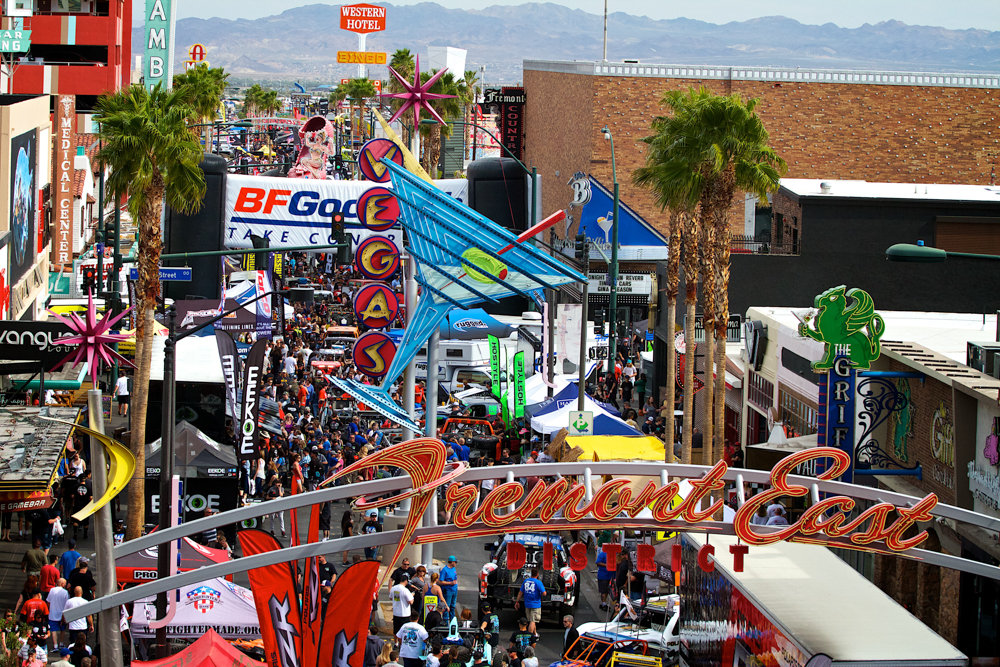 The ultimate family and friends motorsport event, all Mint 400 related events including race day spectating are free. Parking starts at just $25 per vehicle on race day with no limitation on quantity of passengers. New to this year, VIP packages are available for the Method Race Wheels Pit Crew Challenge, the Odyssey battery Mint 400 Tech & Contingency, and race day at the official Primm Valley Resorts Start/Finish Line. Lead by Michelin star chef Drew Deckman, The Mint 400 VIP packages are the ultimate way for fans to experience the event featuring premium food, drink, and comfort. 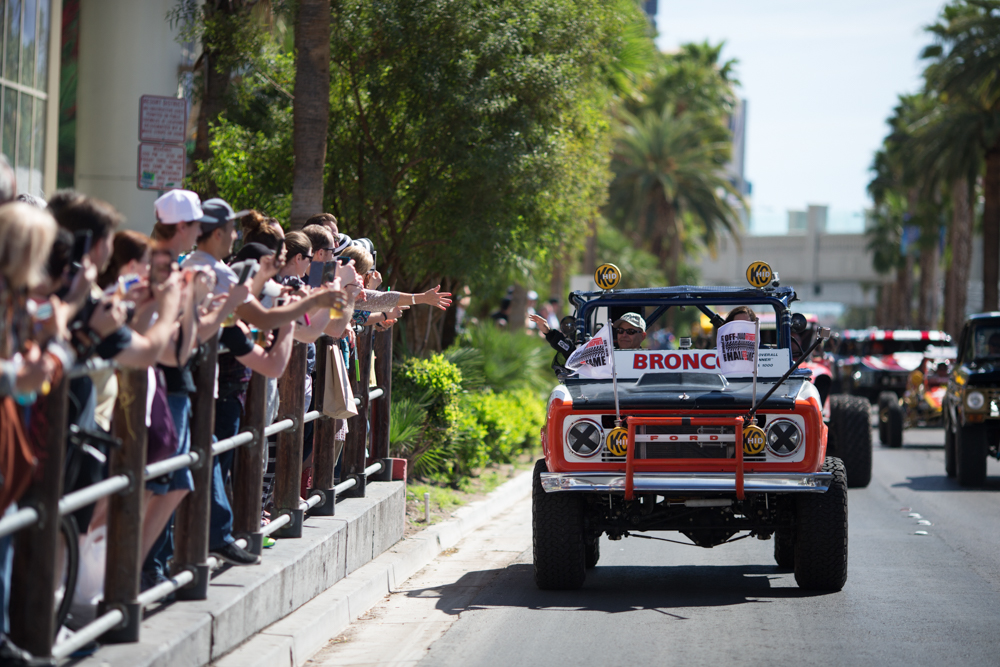 The Mint 400 will kick off this Wednesday, March 1st at 12:45pm with the 4 Wheel Parts Vehicle Procession powered by Odyssey battery. The parade of vehicles will roll down the Las Vegas Strip, showcasing over ten million dollars worth of racecars in the direct spotlight of Sin City. 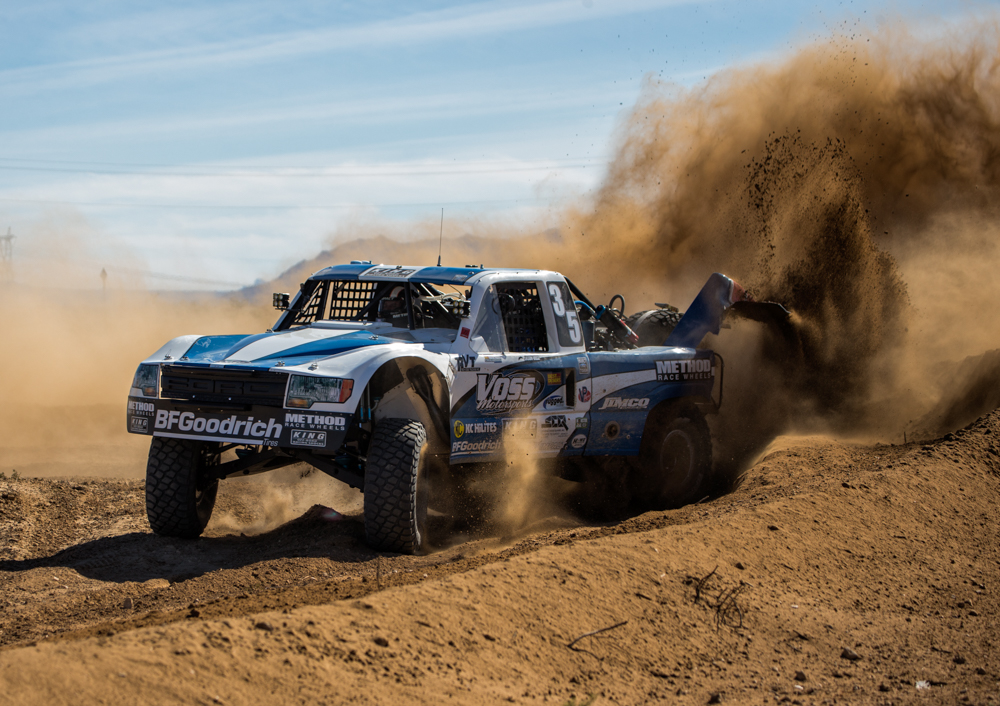 Qualifying for the Unlimited Trick Trucks and select classes will once again be open to the general public and will be held on Thursday, March 2nd at The Method Race Wheels Time Trials. The location is to be announced. 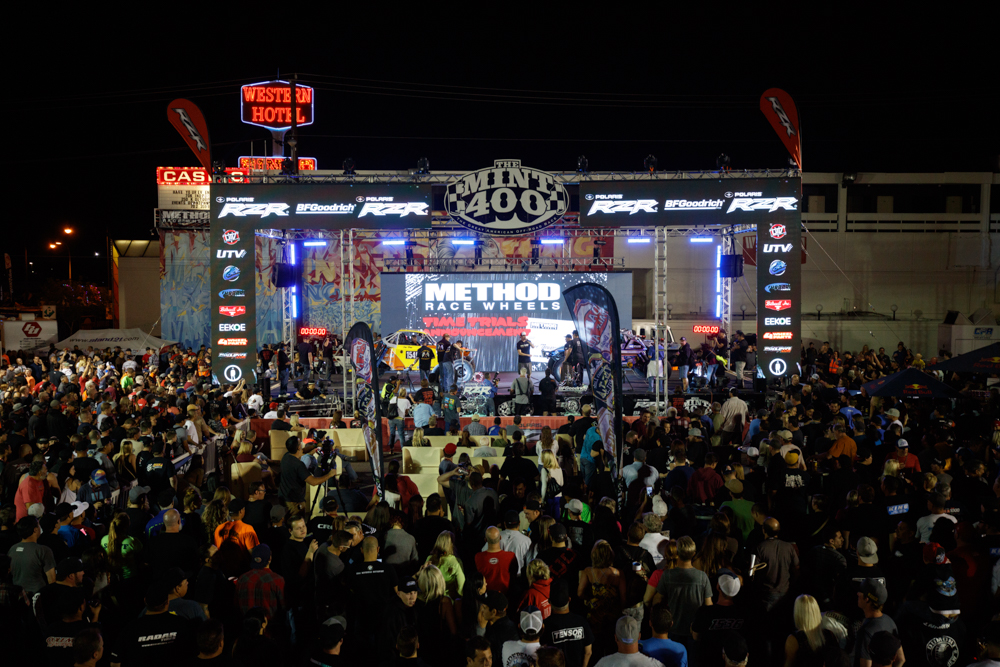 Later that night, a series of events will be held on world famous Fremont Street, including the official announcement of the Method Race Wheels Time Trial results and the Method Race Wheels Pit Crew Challenge dedicated to the pit captains, mechanics, and volunteers of the top Trick Truck and Class 6100 teams that spend countless hours prepping, maintaining and fixing off-road race vehicles before, during, and after they compete. 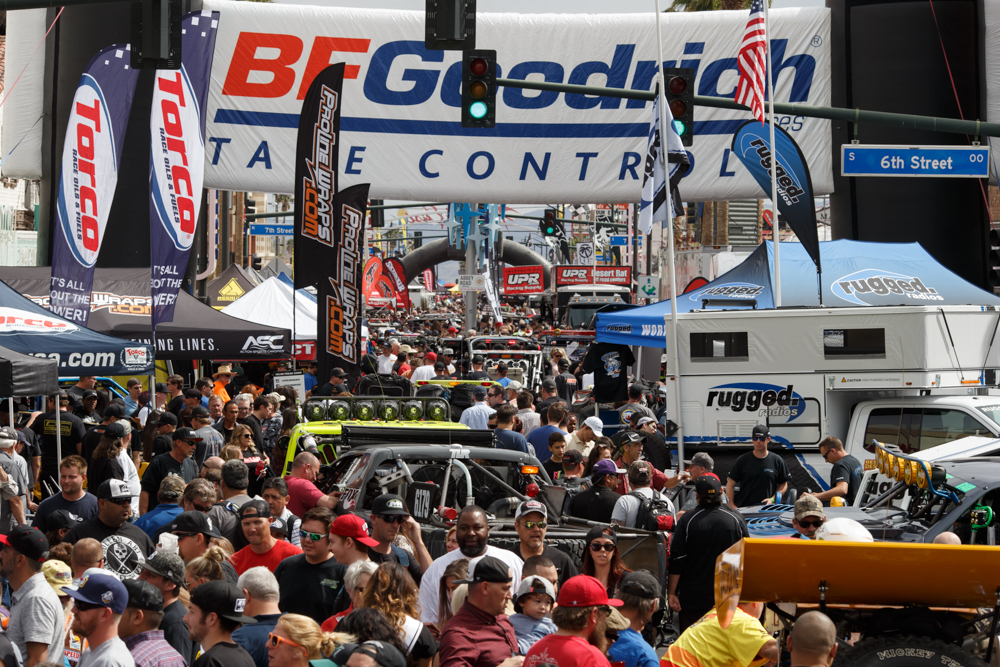 The Odyssey battery Mint 400 Contingency & Technical Inspection will be held on Friday, March 3rd and host all 370 race vehicles on Fremont Street from Las Vegas Boulevard to 11th Street. Each vehicle will parade in front of fourteen thousand off-road fans and nearly 150 of the industries leading OEM’s and aftermarket product companies. 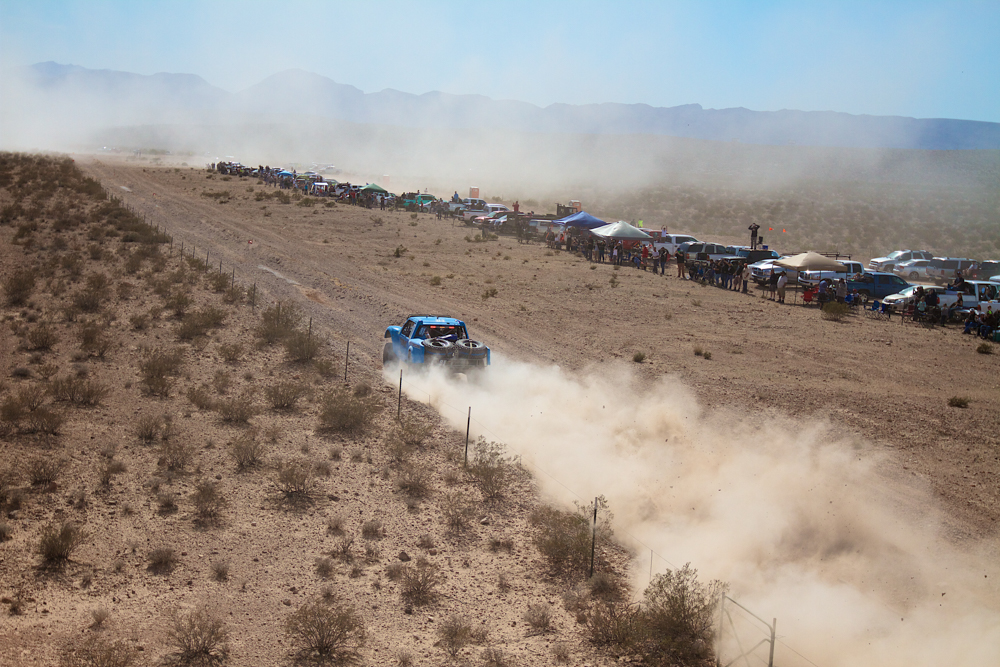 Finally on Saturday, March 4th the world famous Polaris RZR Mint 400 presented by BFGoodrich Tires will feature two exciting races – the Limited Class Race at 6:00am and the Unlimited Class Race at 1:00pm. Grand Marshal Robin Leach will be at the start line to waive the green flag, launching the massive field of racers into the brutal Nevada desert. The official Primm Valley Resorts Start/Finish Line is directly behind Buffalo Bill’s Casino in Primm and is free to spectate.  Premium parking at Primm is still available at just $25.