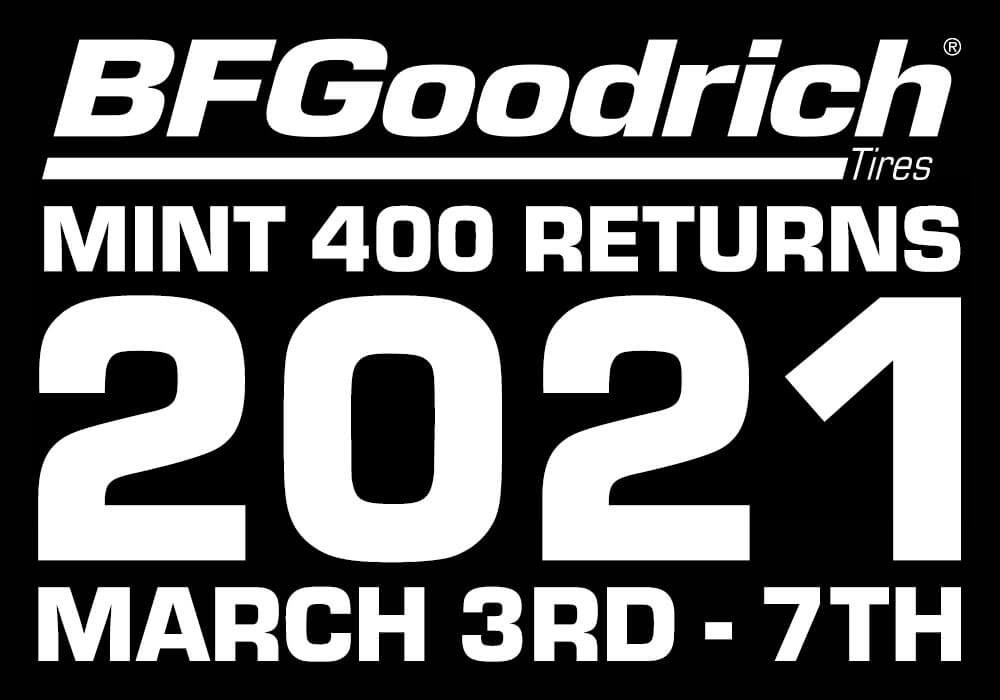 June 18th, 2020 – San Diego, CA – The Mint 400 announced today that The Great American Off-Road Race will return to Las Vegas on Wednesday, March 3rd through Sunday, March 7th, in 2021. The week of festivities will culminate with two days of thrilling off-road racing on Friday, March 5th, and Saturday, March 6th, with pre-race events beginning earlier that week. All of the marquee Mint 400 festivities will remain in the same position as previous years, including the wildly popular Mint 400 Tech and Contingency Off-Road Festival, which will take place on Thursday and Friday of race week. 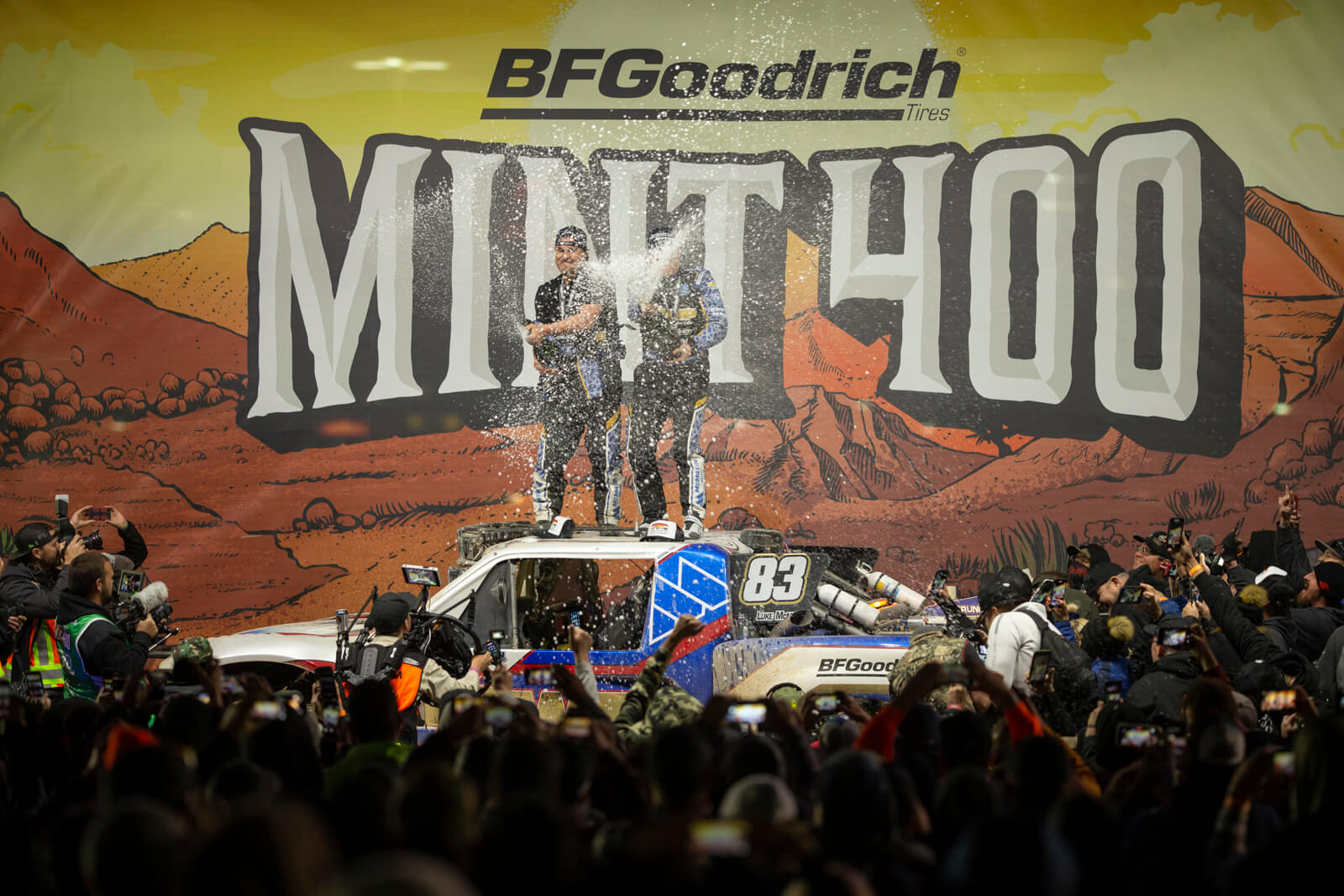 “This year’s event was an incredible step forward, and we’re very proud of our success as a team,” said Mint 400 CEO, Matt Martelli. “For next year, we’re going to build on that momentum and adjust our schedule and format a bit to add value to the race teams by extending their total mileage – as well as put Qualifying in front of the same massive crowds we have on race day. We have some of the finer details to work out but what’s emerging is really exciting.” 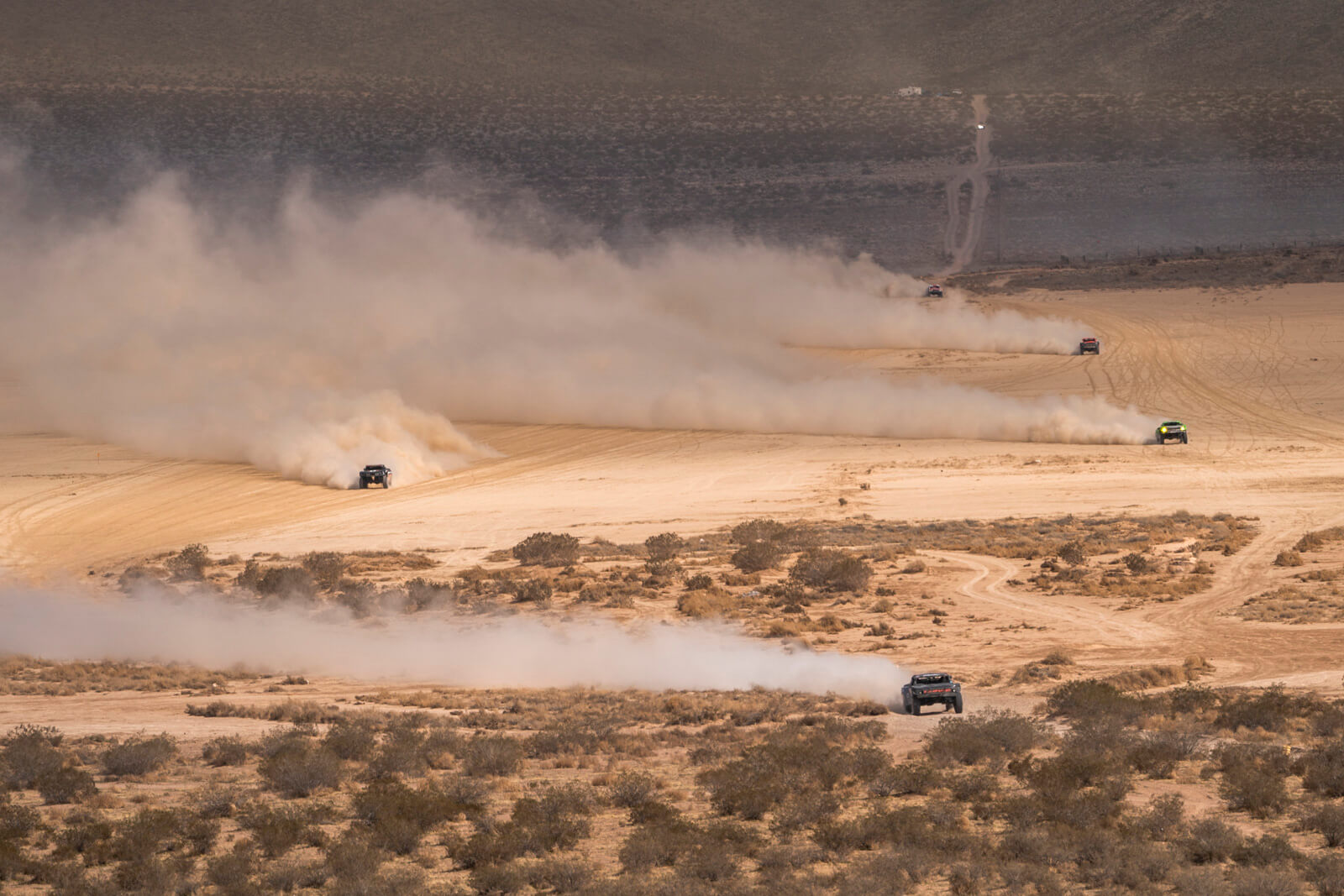 A new Qualifying location that is open to the general public is being developed for Thursday, March 4th, which will allow more classes to qualify. Meanwhile, the car/truck course and motorcycle course will now operate separately from each other so they can run without overlapping. This will allow for a true “single track” bike course, new sections of car/truck course, and a much-improved race schedule for all competitors. 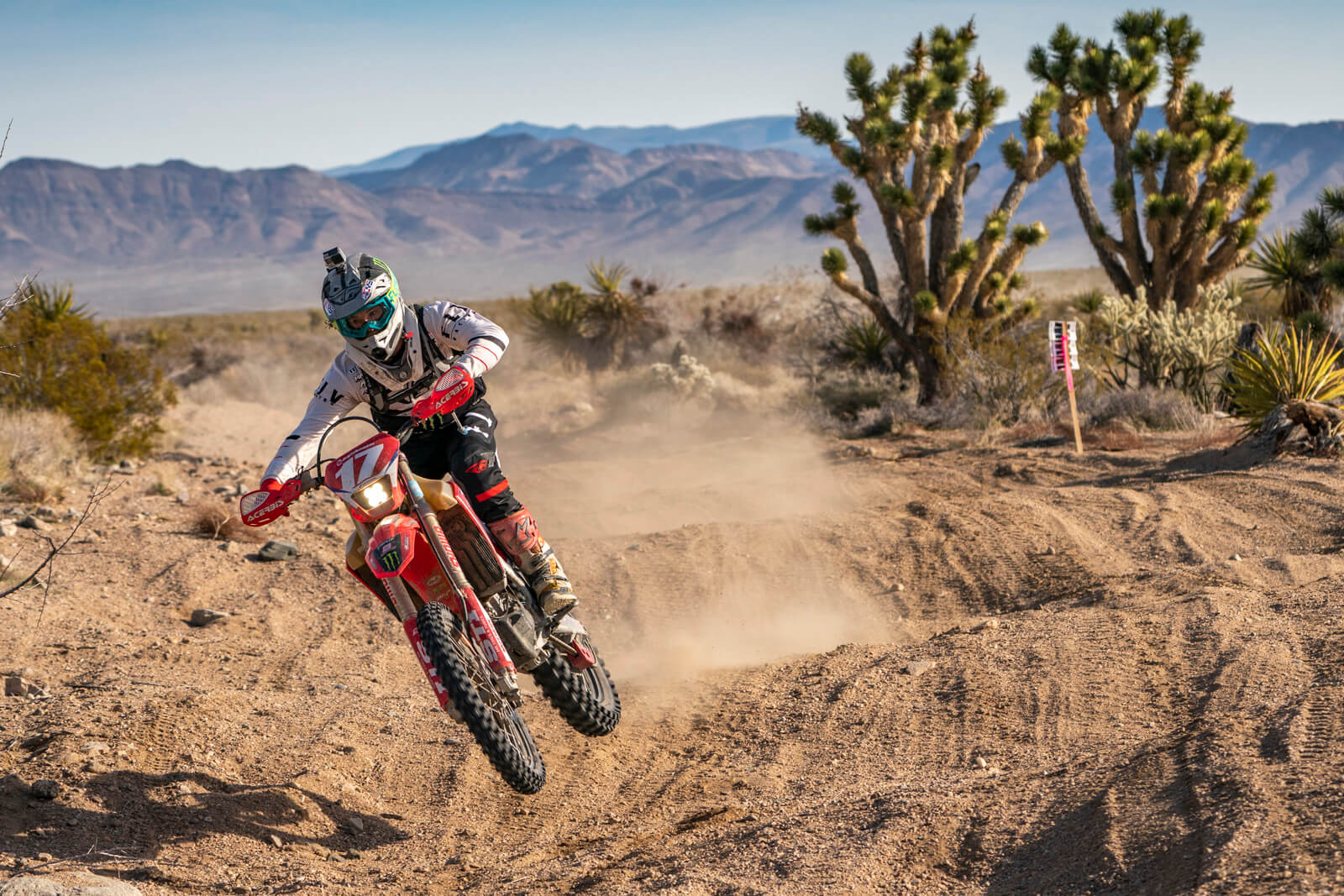 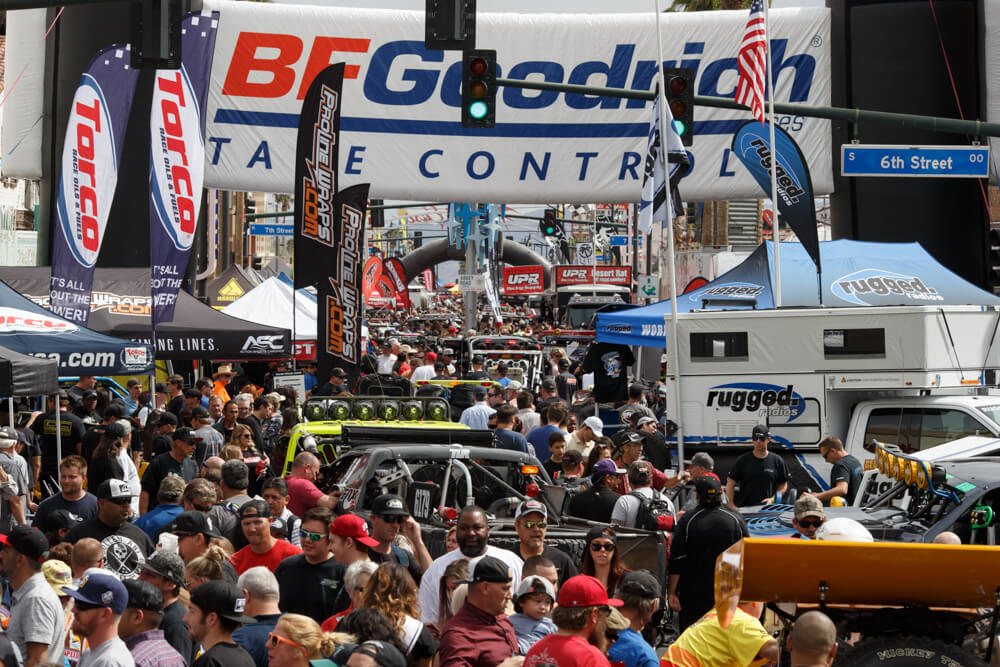 “The Mint 400 is one of the longest-running events in the history of Las Vegas. In fact, it might be THE oldest,” said Mint 400 COO, Joshua Martelli. “And in that time the racecourse and schedule has changed pretty radically over ten times. We’ve been working with the Southern Nevada BLM office to create an updated car and truck course as well as an independent motorcycle course that will allow us more time to run both races on Friday and Saturday. We also have a green light to expand some of the remote spectator areas and our main pit – and that’s going to make our entire flow smoother for next year. Moving Qualifying will allow us to pack the place with spectators on Thursday and even add some additional classes to qualifying. We’re really pumped about that!” 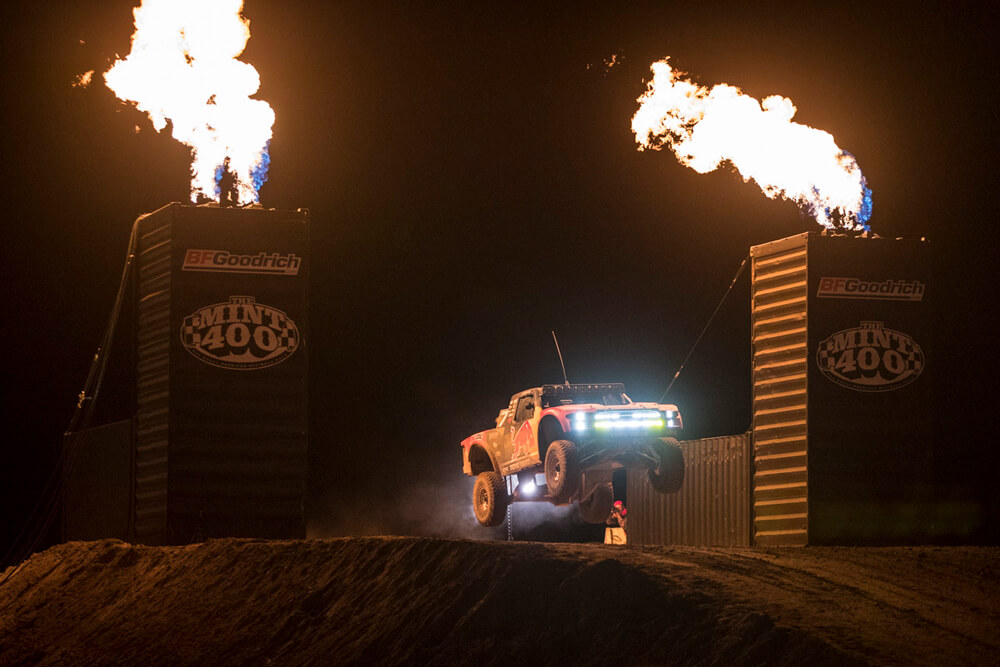 The Martelli Brothers and their dedicated group of volunteers, support staff and Mad Media TV crew, have successfully grown The Mint 400 into the largest and most important off-road race in the sport. The event attracts over 45,000 spectators to Las Vegas for the parade, parties, two-day off-road festival, and two-day race. The race features over 500 race teams from over thirty different states and fourteen different countries, competing on a 100-mile loop that extends from the edge of Las Vegas to the California state line at Primm. With five massive spectator areas (and more being developed for 2021), The Mint 400 puts fans safely in front of high-speed off-road racing action for two exciting days.

More information regarding racer and spectator details will be released in the coming months.

Is there a email list to pre-register or get a email notification when registration opens up for the 2021 race? Thanks for your time

Is there a date for when VIP Passes will be available? Thanks!

Victory For FOX At The Mint 400
wpDiscuz