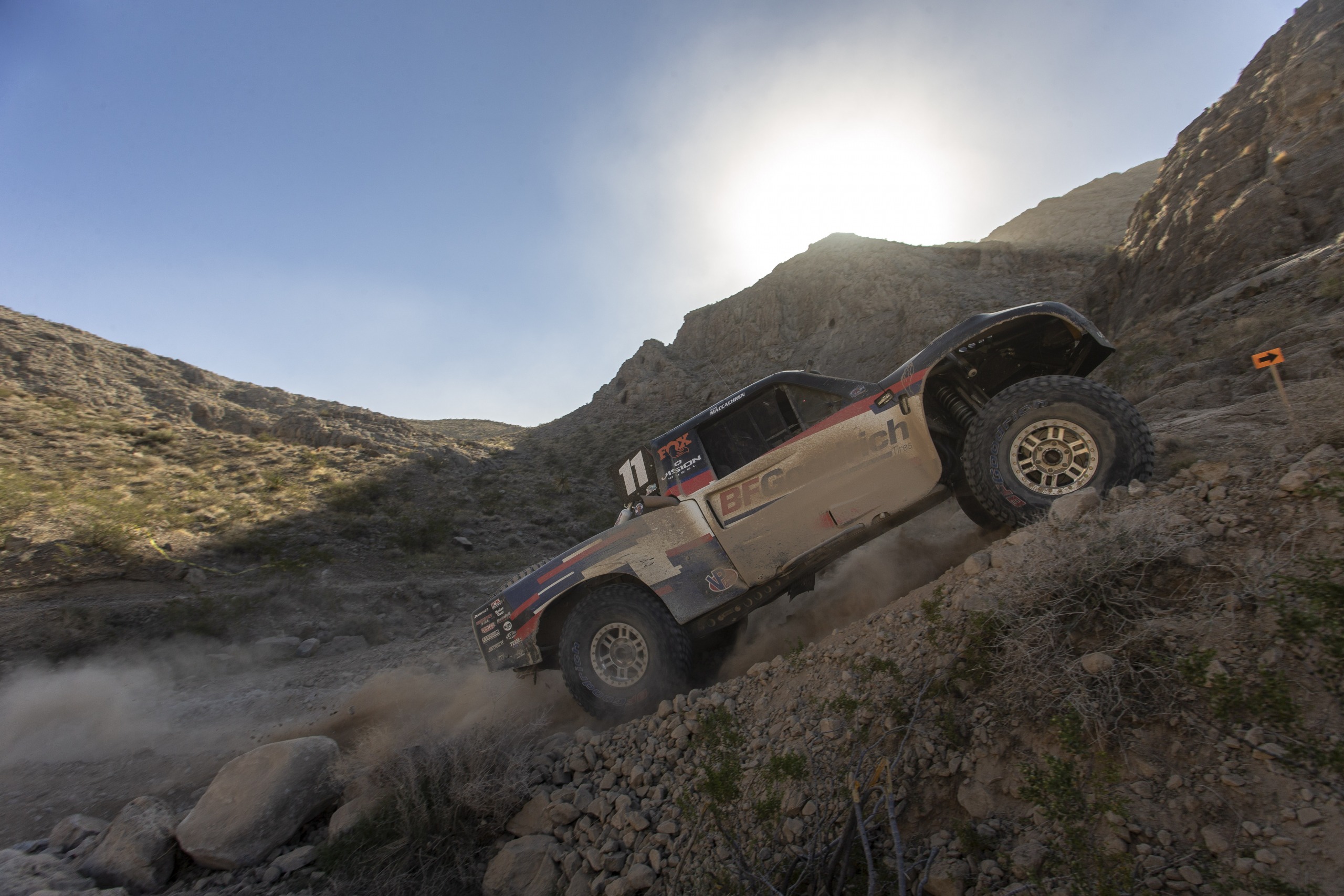 “The Great American Off-road Race” storms into to Sin City 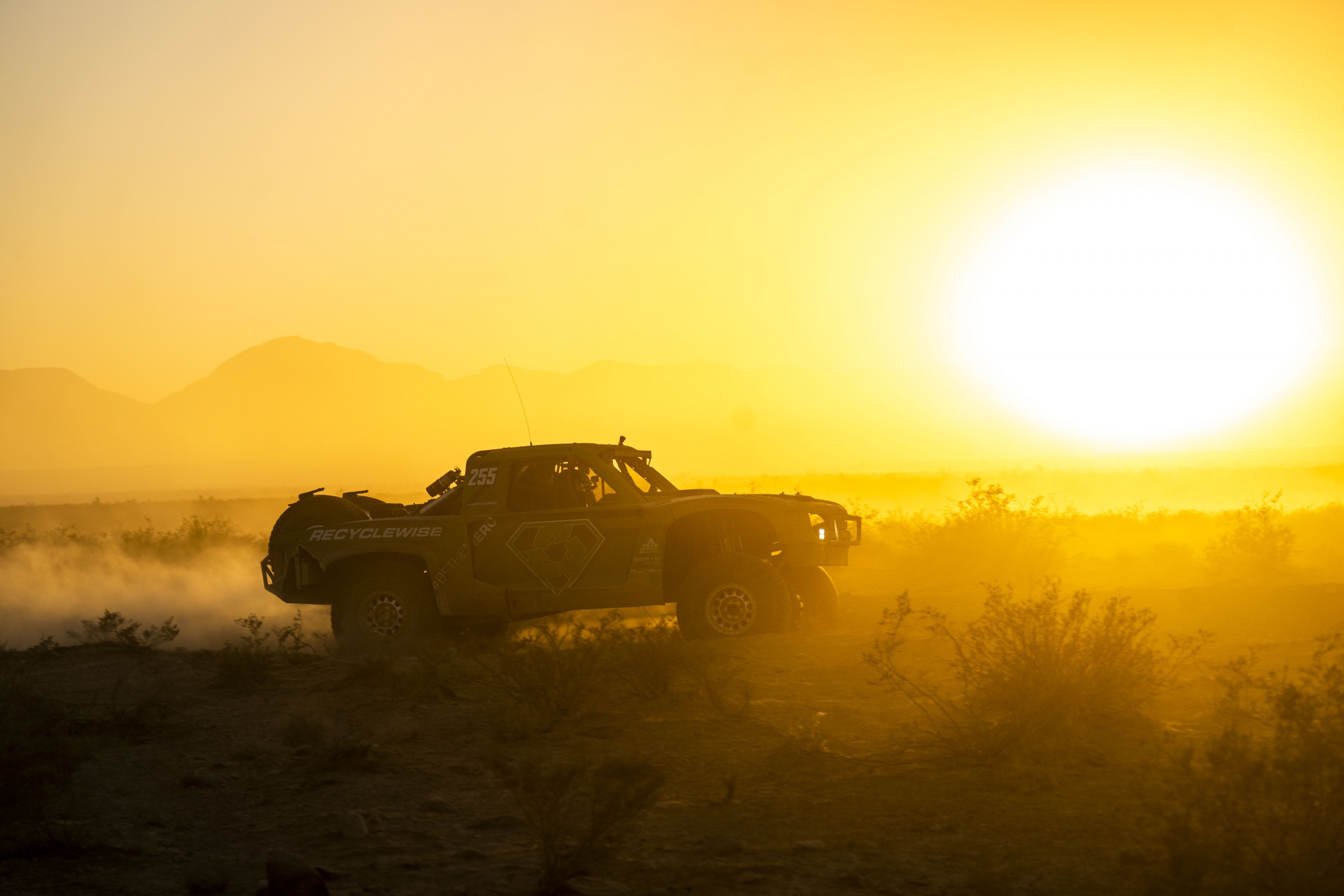 The inaugural “Mint 400 Desert Rally” was held in Las Vegas in 1968 as a way to promote The Mint Hotel and Las Vegas Gun Club. The race has a rich and storied history and has once again become the largest and most important off-road race in the world. The event attracts over 65,000 spectators to Las Vegas for the race and week-long activities. It features a massive field of nearly 400 teams competing across an incredible 50 individual classes, including motorcycles which were reintroduced to the Mint just a few short years ago. The 100-mile loop that extends from the California-Nevada state line in Primm to the Southern edge of Las Vegas in Jean, NV is considered the most grueling and challenging off-road race course in America. With five massive spectator areas, The Mint 400 puts fans safely in front of thrilling off-road racing action. 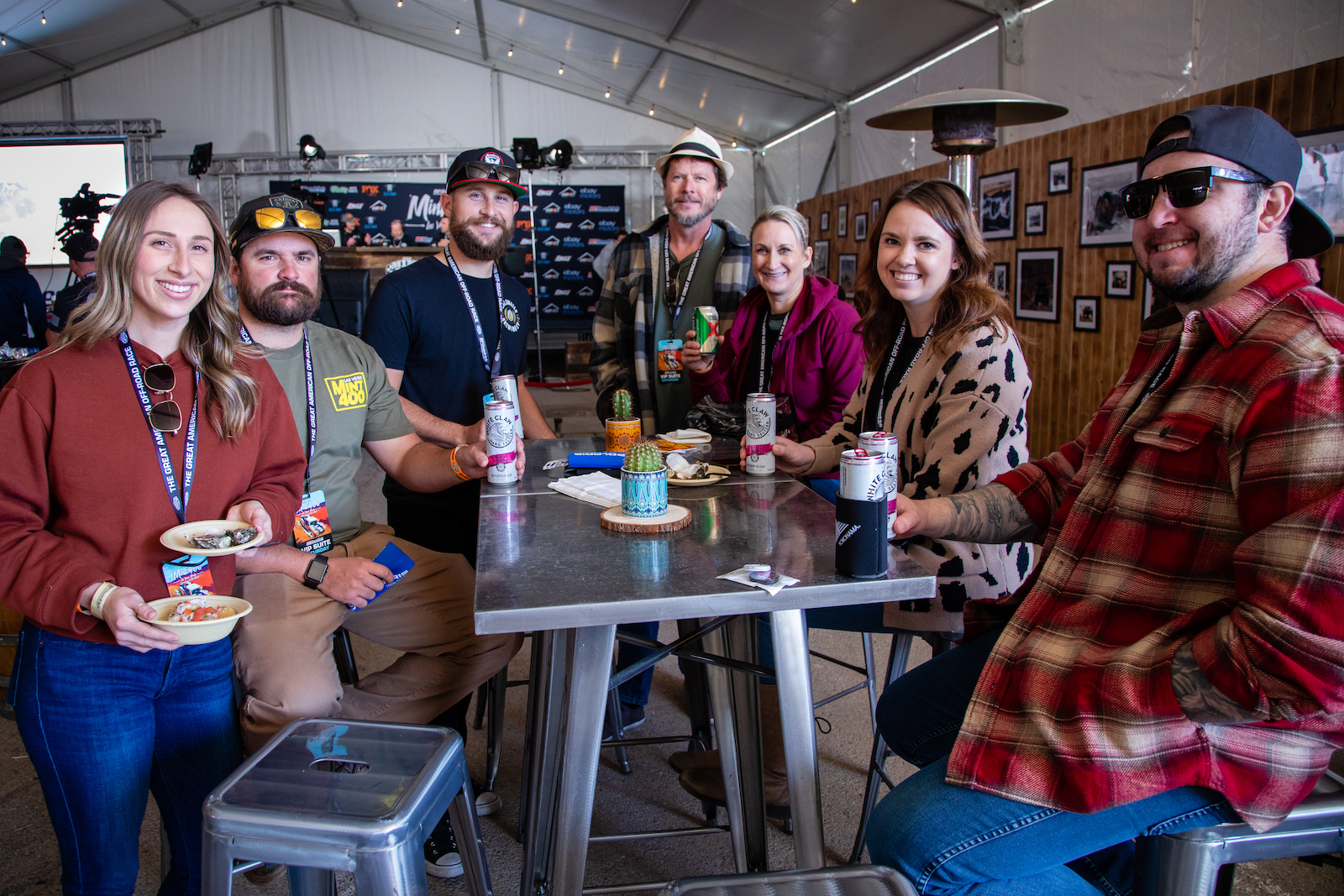 The Mint 400 is the ultimate family-friendly motorsport event. Start/Finish Line Tickets in Primm, NV are $15 online or $20 at the door. Parking tickets are $50 per vehicle / per day for access to the five dedicated spectator areas in Jean, NV.  BFGoodrich VIP hospitality suite packages are available for race days at the official Primm Valley Resorts Start/Finish Line. Led by Michelin star chef Drew Deckman, the Mint 400 VIP package is the ultimate way for fans to experience the event featuring premium food, drink, and comfort. 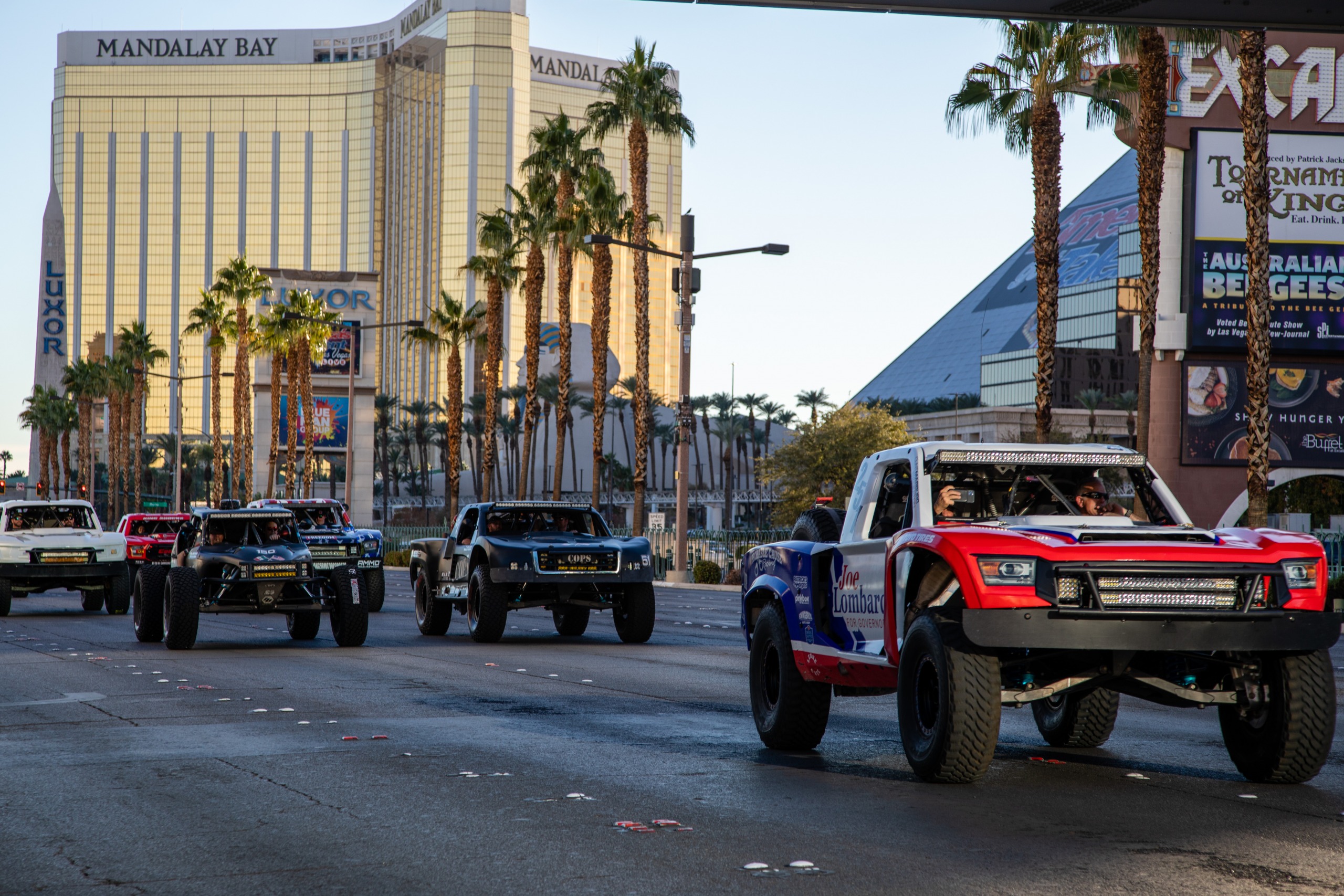 The Mint 400 will kick off on Wednesday, March 9th when 125 of the planet’s toughest off-road race vehicles parade down the world-famous Las Vegas Strip during the Mint 400 Vehicle Parade led by defending champion and Las Vegas local Rob MacCachren. The parade will begin near Mandalay Bay Hotel and Casino at 4:00PM and stretch all the way to the Fremont East District in downtown Las Vegas. Over $40 million of machinery will be on display. Immediately following the parade, the official Mint 400 party kicks off at Atomic Liquors at 5:00PM followed by The Dinner of Champions at 7:00PM at Main St Provisions featuring Chef Justin Kingsley Hall. 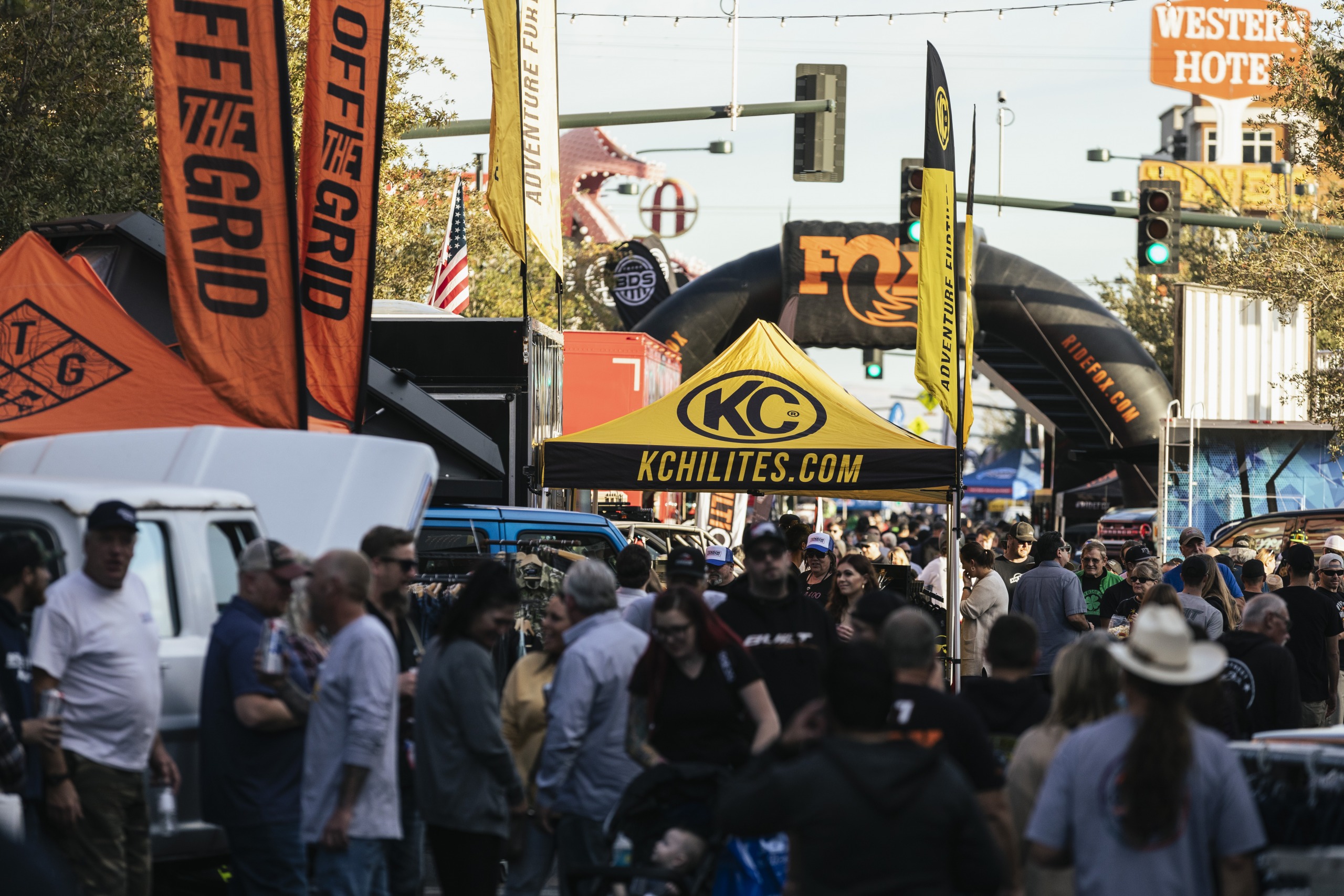 Click here to purchase tickets for the Dinner of Champions

The Mint 400 Off-Road Festival will be held Thursday March 10th, from 9:00AM to 6:00PM and feature hundreds of the top aftermarket off-road companies on Fremont Street East from Las Vegas Boulevard to 11th Street. Each of the nearly 400 teams will parade in front of 25,000 off-road fans on their way to technical inspection at the end of the festival. This year’s off-road festival will showcase a new line of custom Mint 400 merch available for purchase onsite. The event is free and open to the public. 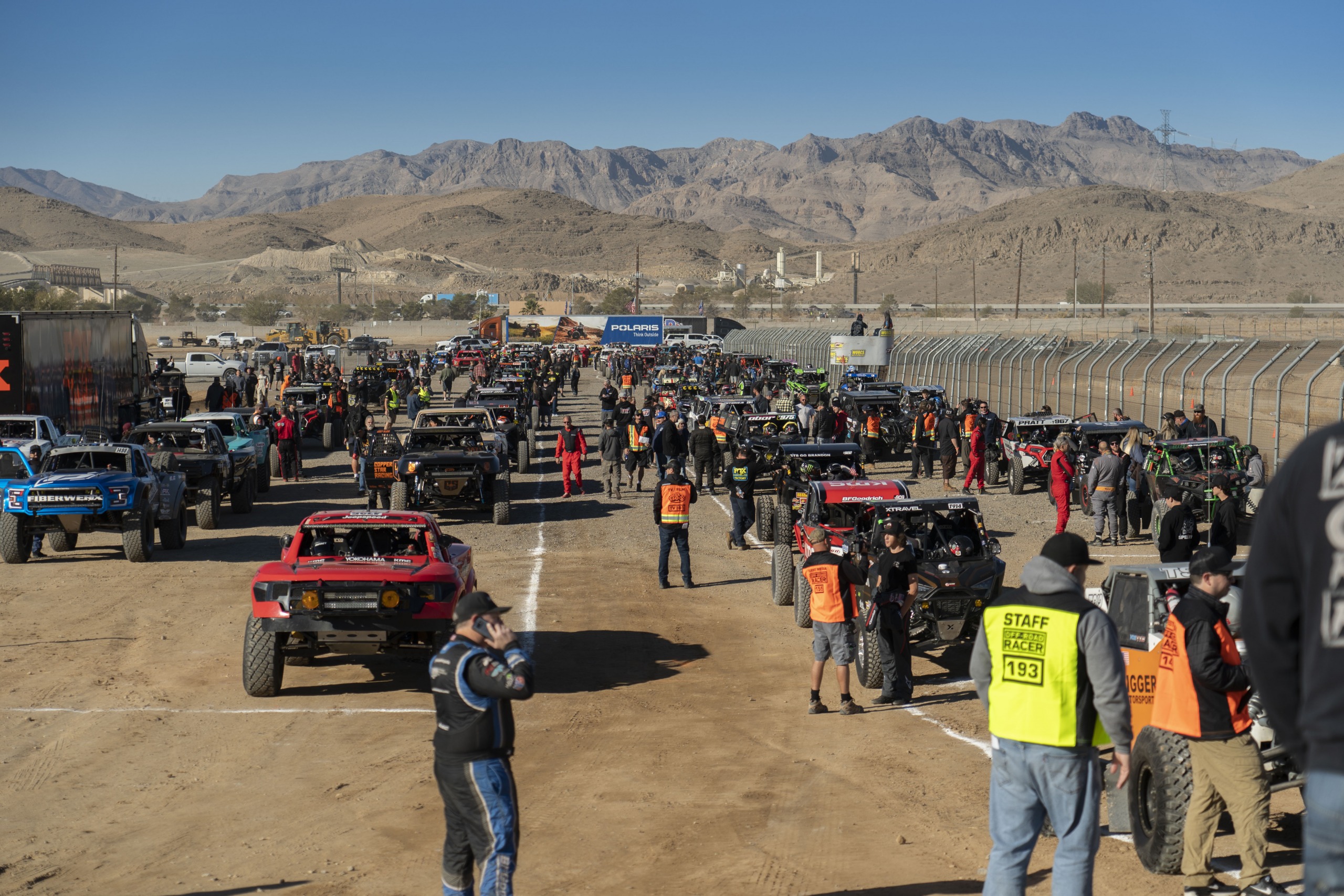 The Mint 400 will feature two days of exciting races on both Friday, March 11th, and Saturday, March 12th. On Friday the O’Reilly Auto Parts Limited four wheel race will start at 10:00 AM and includes a massive field of UTVs, Class 5 cars, Trophylites, Jeepspeeds, Class ½ 1600s, and more!

The ultra exciting Method Race Wheels Mint 400 Qualifying session will also take place on Friday immediately after the start of the Limited race. Race day starting positions will be set for over sixty Unlimited Trucks, Class 1, and Unlimited Spec Truck racers. Fans can watch qualifying in person at Start/Finish Line in Primm or via the Livestream online for free at Themint400.com. 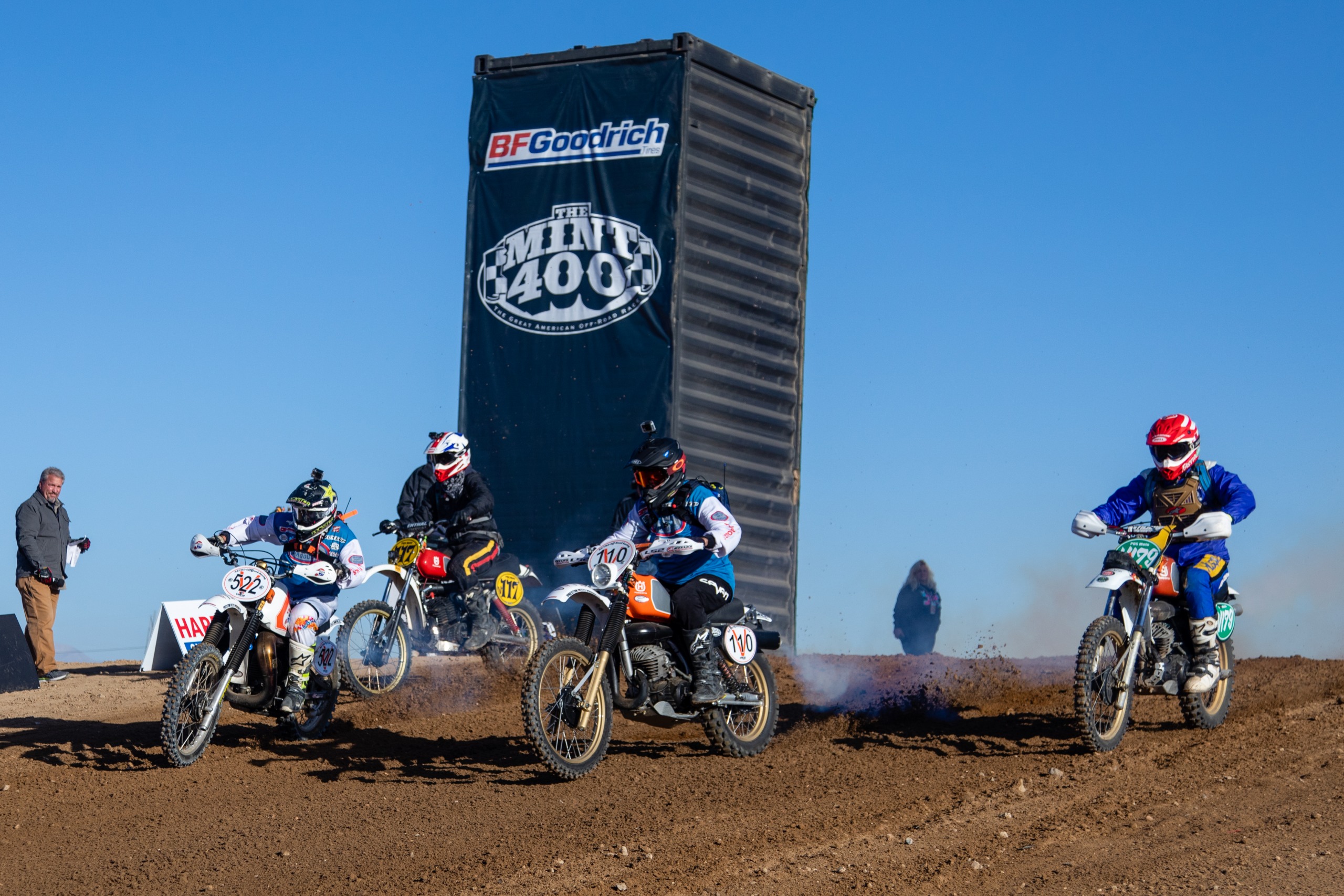 On Saturday, for only the fourth time since 1976, over 150 motorcycles will gather at The Great American Off-Road Race™ and will start off the line at 8:00 AM. The bikes will race on their own rough and technical 60 mile loop. Then, at 10:00 AM, the entire weekend culminates with the unlimited truck race for all the glory. Over one hundred of the world’s biggest and baddest desert trucks and buggies will battle for thousands of dollars in cash and prizes. “The Mini-Mint” Youth Races will also take place beginning at 1pm on a separate custom built desert course showcasing youth racers in RZR 170, 250, 570, 200 and RZR 1000 classes. 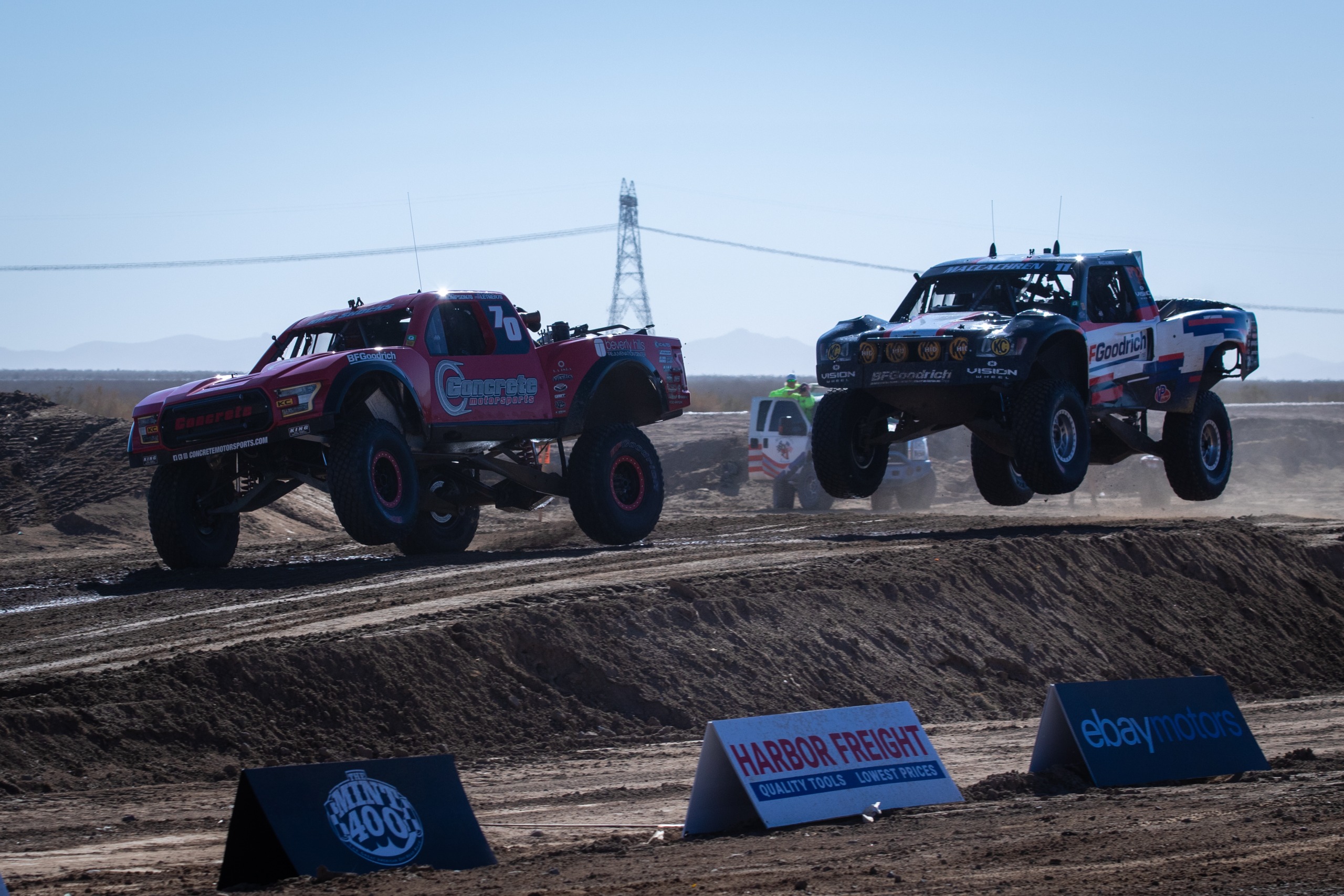 The Mint 400 has returned this year with two days of fantastic livestream race action coverage. This years broadcast will build on the storied events’ wildly successful livestream, which reached over a quarter of a million unique visitors in 2021. This year’s program will be available on TheMint400.com as well as select sponsor websites, YouTube and Facebook, and fans will be able to tune in on their computers and handheld devices from anywhere in the world to follow The Great American Off-Road Race™. On air talent will include Mint 400 CEO Matt Martelli, Supercross Champion Ricky Johnson, Motorsport radio star Jim Beaver, Ultra-4 competitor and KOH announcer Jim Marsden, The Dirt Life host George Hammel and roving pit reporters Tiffany Stone and off-road cultural icon Bob Bower. Mint 400 fans can watch the livestream for free on live.TheMint400.com.