The Mint 400 announced their second annual live stream schedule today. New to 2019, they have expanded the coverage to include two days of fantastic race action. The two-day format will build on the storied events wildly successful live stream roll out, that reached over a quarter of a million unique visitors in 2018.

This years program will be available on The Mint400.com as well as select sponsor websites, YouTube and Facebook, and fans will be able to tune in on their computers and handheld devices from anywhere in the world to follow The Great American Off-Road Race™. On air talent will include off-road racing and motocross legend Ricky Johnson, off-road cultural icon Bob Bower, Ultra-4 competitor and KOH announcer Jim Marsden, and roving pit reporter Tiffany Stone. 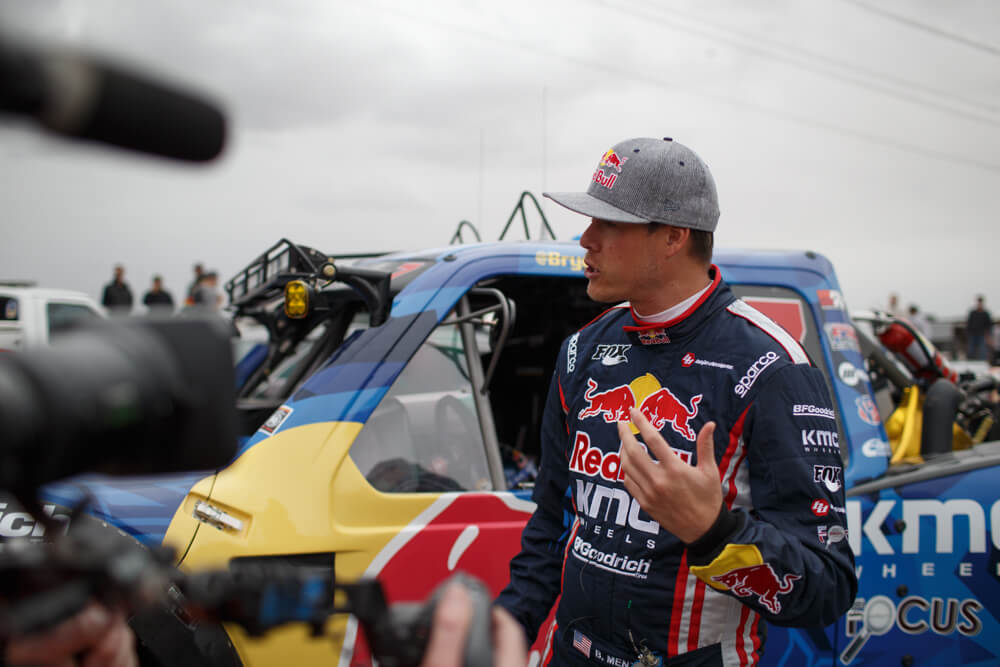 “In 2018, The Mint 400 hit some significant milestones with the debut of our live stream package. The entire race was captured by our massive crew of photographers and cinematographers and broadcast internationally for twelve hours to over 250,000 viewers,” said Mint 400 CEO, Matt Martelli. “Mint 400 fans at home, on their mobile device, and at the race were all able to see unparalleled off-road race coverage of over 400 entries. Our social media impact in 2018 increased 290%, partly due to this new component.” 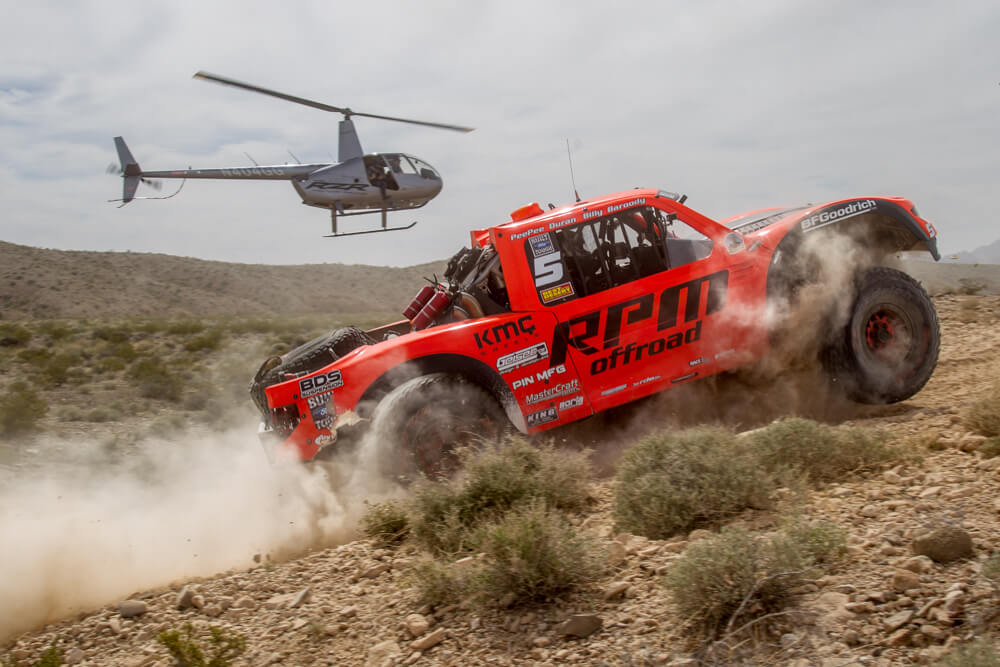 The Mint 400 live stream expansion this year will include a slew of new features and guests, including recaps highlights, and live coverage of the motorcycle and four wheel vehicle racing on Saturday March 9th as well as twelve hours of dedicated four wheel vehicle race coverage on Sunday March 10th. Saturday will feature hundreds of motorcycles competing in nineteen different classes in the morning, and eighteen classes of trucks, Jeeps, UTV’s, stock Volkswagens and vintage off-road race vehicles in the afternoon. Sunday morning the Class 10 cars, Pro UTV’s and five other classes will battle, making way for the Unlimited Trucks, Class 1 Cars, 6100 trucks, and more in the afternoon.

The live R/F helicopter downlink that debuted in 2018 will return again this year, piloted once again by John Tamburro of Pursuit Aviation. The system will feature a Cineflex RED MONSTRO 8K system operated by world renowned cameraman Dave Arnold, capable of transmitting an incredible twenty-three miles. The Mint 400 broadcast team executed an extensive amount of R&D in the off-season to test ways to incorporate multiple remote cameras throughout the course during the broadcast and overcome the topographical challenges of filming around the beautiful 4000’ McCullough mountain range. Their new technical solutions will be a game changer for both the industry & the viewer. 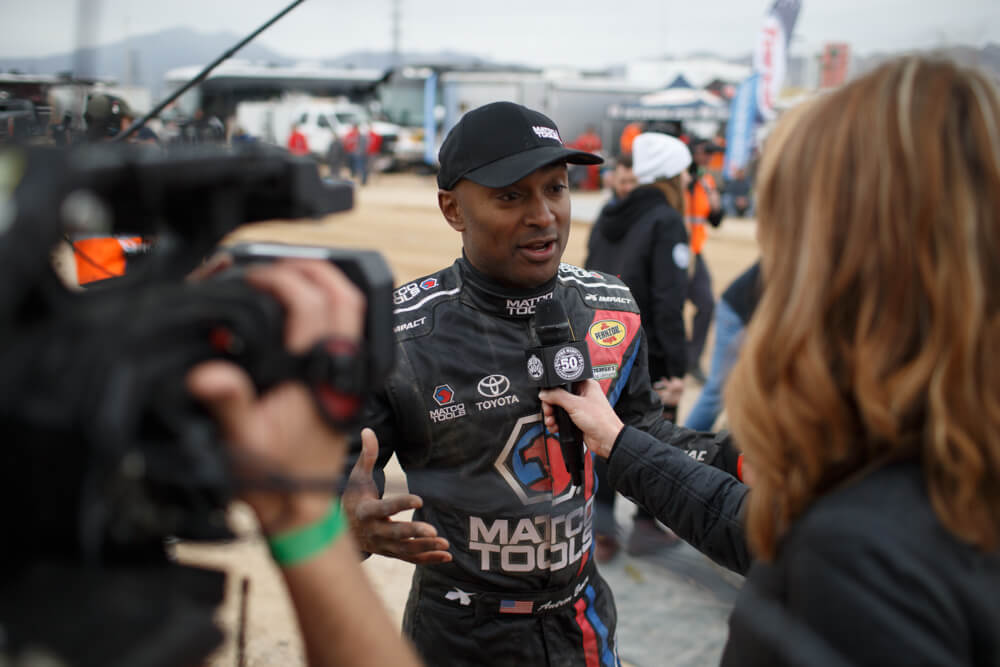 “We’ve spent the last eight years producing the most dynamic and engaging off-road race program on the planet, for every major network from SPEED to NBC to ABC. We’re now in our second year of building the new gold standard for live streaming off-road racing, and we’ve amassed a team of incredibly experienced veterans to deliver the goods,” stated Mint 400 COO, Josh Martelli. “Our lead producer Jason Markham Exec produced the 28 hours of Live CORR (Championship Off Road Racing) coverage on both NBC Network & SPEED Channel in addition to the 56-hours Live to tape for both networks when HD broadcast was just taking hold. Together with Brian Lippy and his team at Highwire Digital, we’ve once again stacked the deck so that our racers and our sport get the same level of professional coverage as NASCAR, IMSA, and Formula 1.” 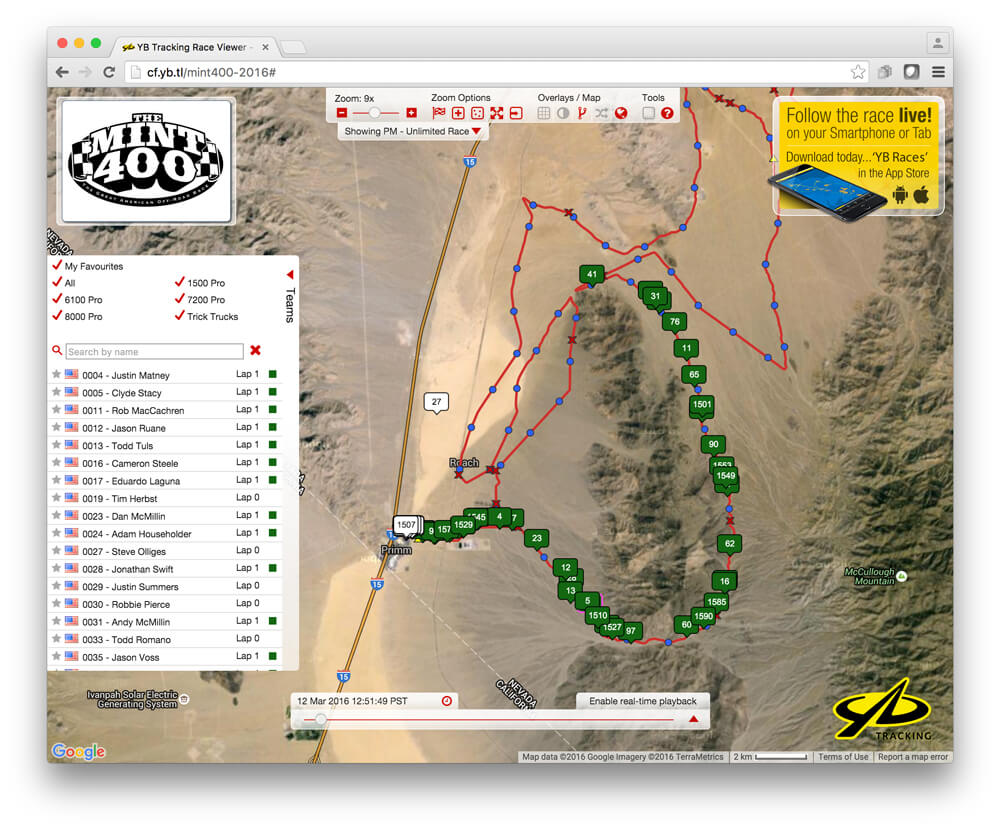 In addition to the live stream, The Mint 400 will once again feature the state-of-the-art Yellow Brick Leaderboard and Tracking System, providing race fans and teams up to minute coverage of their favorite racers and classes all weekend. The combination of the live stream, tracking, leaderboard and social media coverage will once again raise the bar for off-road racing media coverage.

The live stream, race leaderboard and race tracking links can be found at TheMint400.com beginning Thursday of race week.