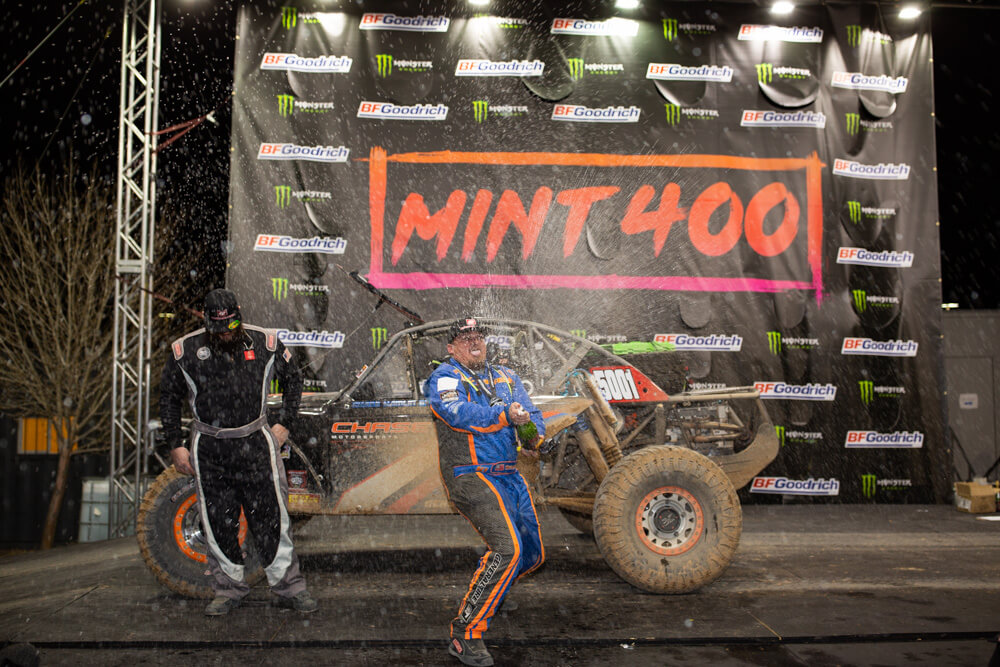 Travis Chase kicked off his quest for two class victories at the 2019 BFGoodrich Tires Mint 400 with success on Saturday afternoon. The Chase Motorsports driver and 2017 Class 5000 winner returned to the class for this year’s event and scored the unofficial victory alongside co-driver Jacob Lauxen over runner-up Christian Fessler.

“This was supposed to be a little jaunt around the park!” Chase joked from the podium. “It was tough out there, we were pushing hard, and there were a couple of lead changes. But we persevered, and pushed forward with our plan: push hard, mellow out towards the middle, and push hard again toward the finish. That’s what we did. 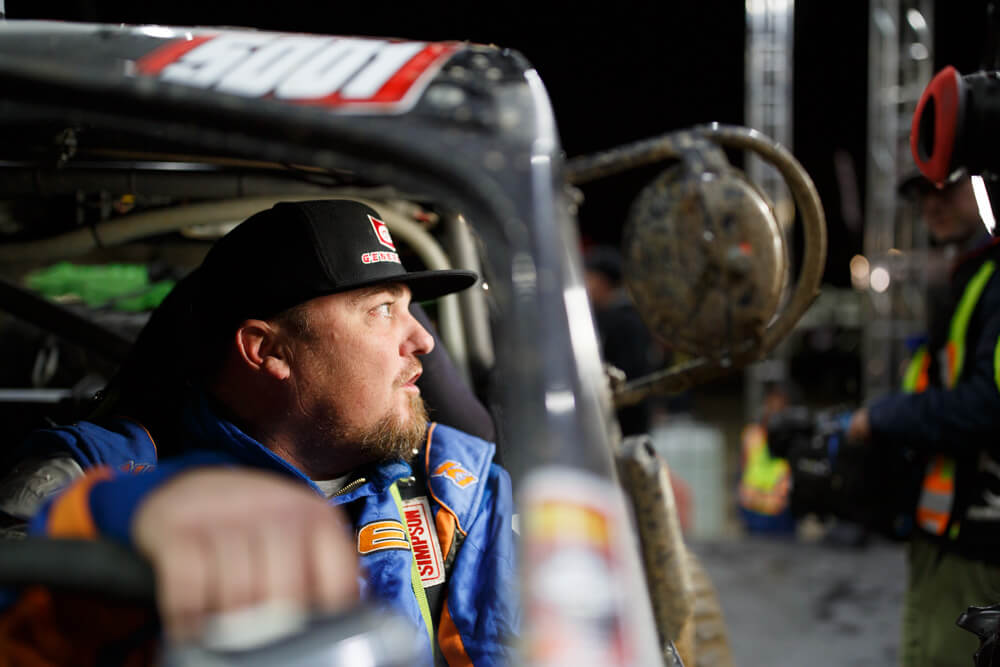 “The car was perfect, and we didn’t have to touch this thing all day. We didn’t have one flat. Today was great—everything was phenomenal.”

As he did at the Best in the Desert season-opening Parker 425, Chase plans to pull double duty in Class 5000 and Class 6100 in this year’s Mint 400. The Californian qualified 13th for tomorrow afternoon’s Class 6100 start order during Thursday’s Method Race Wheels Time Trials. He’ll be hoping to have a similar run to this afternoon’s event, where Chase’s advantage grew larger and larger as the race went on. 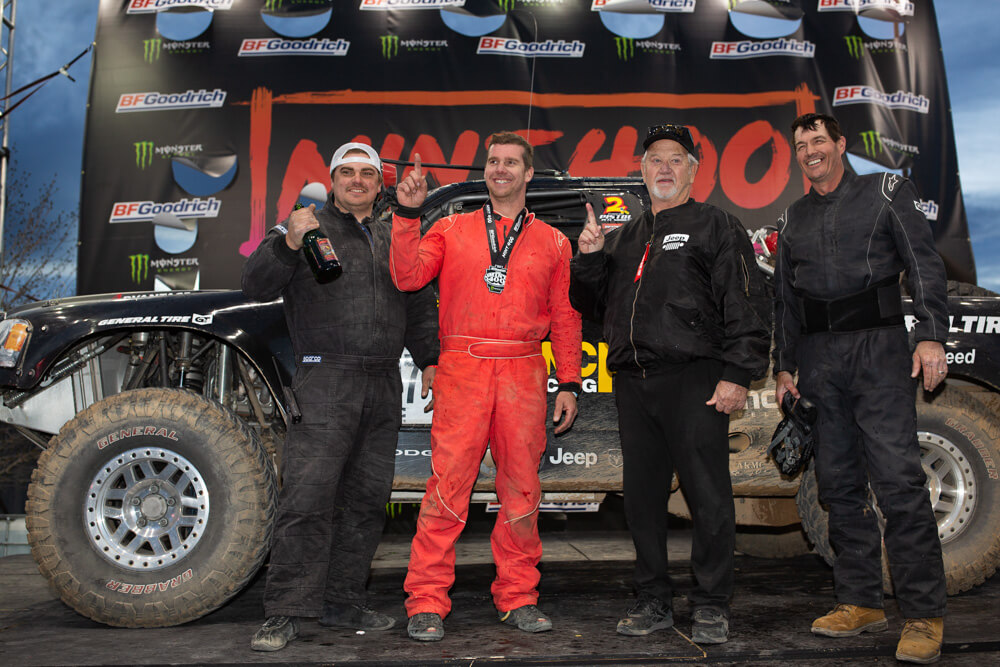 The first of three car, truck, and UTV races in this weekend’s event saw an even split of three-lap and two-lap classes. Classes 5000, 6000, 1100, 2000, UTV Unlimited, and UTV Sportsman ran three laps each, while nearly a dozen classes ran two laps. Despite losing an alternator on the first lap and having to push their Class 4700 truck off the podium, Bunch Racing was unofficially the top overall finisher in the two-lap race.

The 2019 BFGoodrich Tires Mint 400 continues on Sunday with two more races, kicking off at 6AM with seven classes including both premier UTV classes and continuing at 1:30PM with the premier Unlimited Trucks headlining five of the fastest classes in the sport. Fans can watch the official live stream starting at 9:30AM, and follow along with timing and scoring all day long, at themint400.com/live.