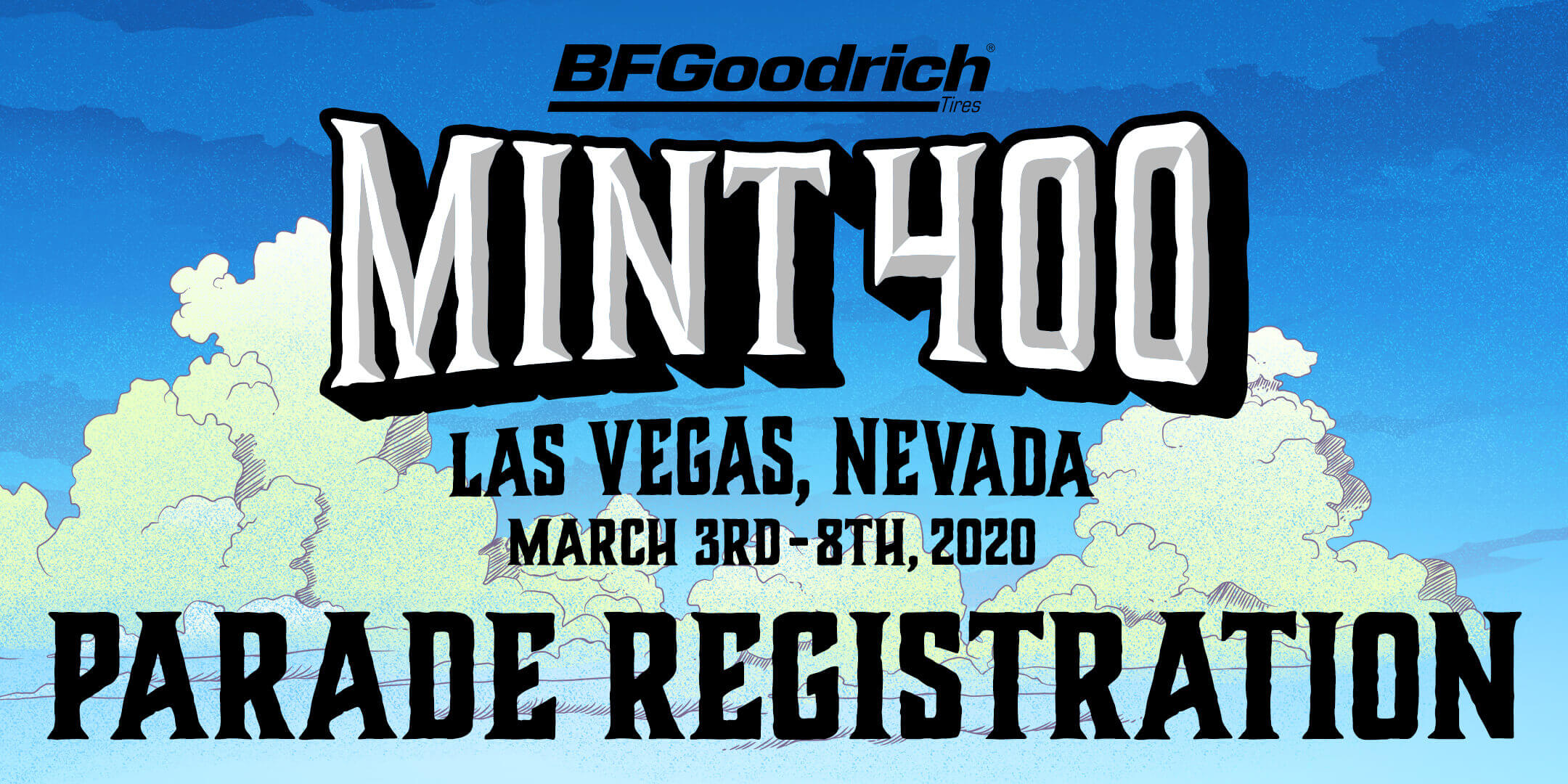 On Wednesday, March 4th, 125 of the planet’s toughest off-road race vehicles will parade down the world-famous Las Vegas Strip during The Mint 400 Vehicle Parade.  The parade will begin near Mandalay Bay Hotel and Casino and stretch all the way to the Fremont East district in downtown Las Vegas, officially kicking off the 2020 BFGoodrich Tires Mint 400 powered by Monster Energy.

Registration for The Mint 400 Vehicle Parade will open on Thursday, February 6th at 10:00am PST on this page.

Rejoice! CraftHaus Brewery is Bringing Craft Beer to The Mint 400

BFGoodrich Tires Returns as Title Sponsor of The Mint 400